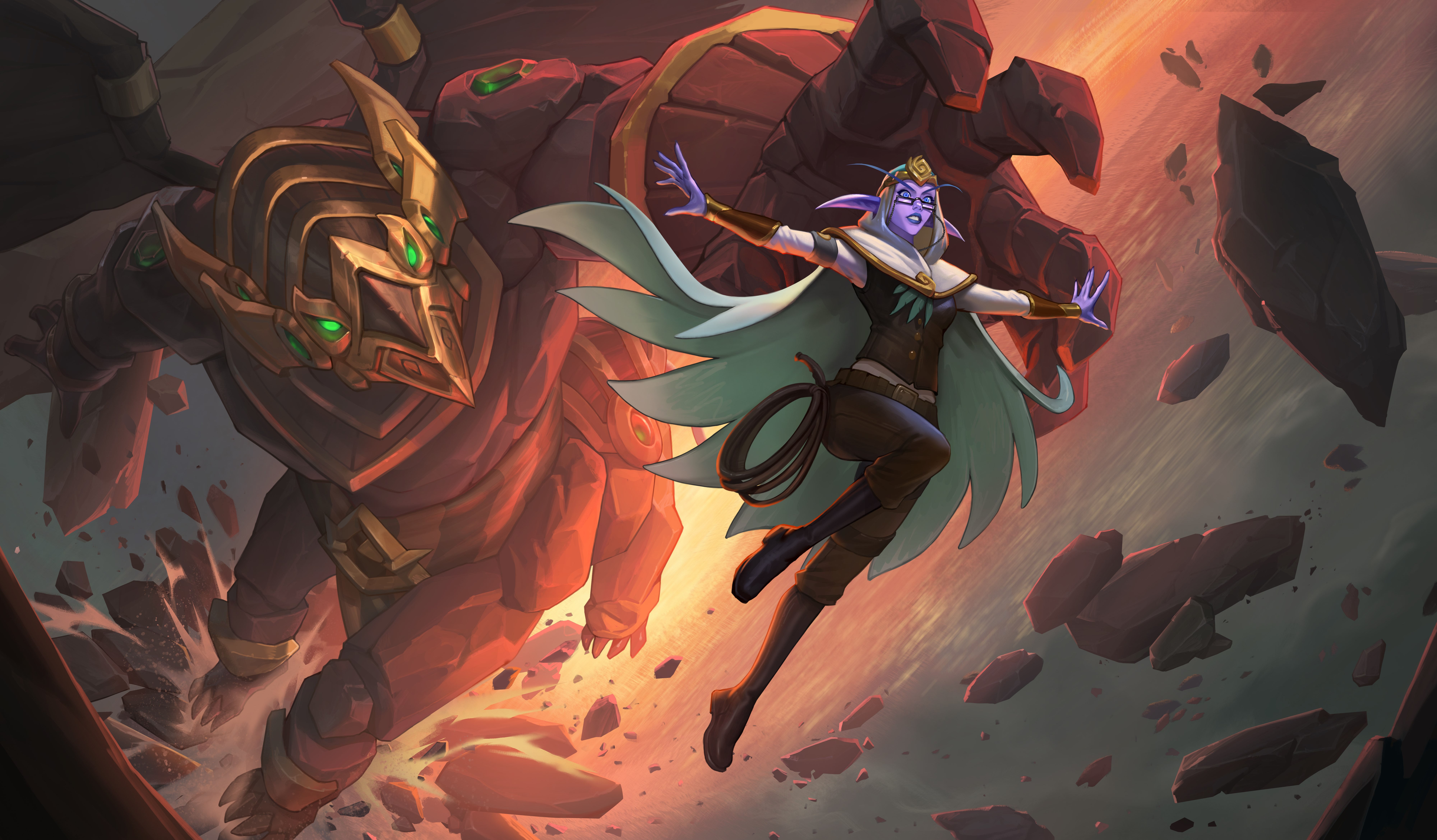 Plague of Madness, a one mana Rogue spell, allows each player to equip a “2/2 knife with Poisonous,” according to the card description. This card appears to be an appetizer of sorts for the new cards that will be revealed this weekend at Hearthstone Grandmasters.

Blizzard announced earlier today that it will be revealing several more Saviors of Uldum cards on July 14 at Grandmasters. The teaser showed three face-down cards, which has made fans think at least three cards will be revealed during the event.

One of the reveals can be expected at 11am CT on July 14, but Blizzard stayed tight-lipped on what or exactly when each card will be unveiled. You can watch Grandmasters on the official Hearthstone Twitch channel.

Saviors of Uldum will be released on Aug. 6.