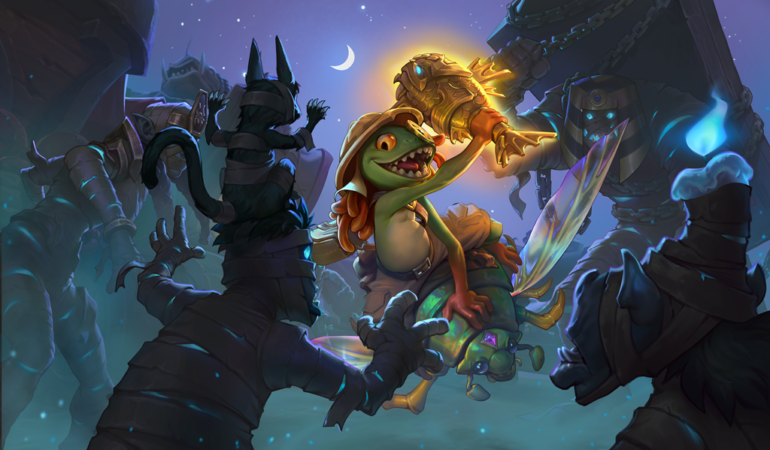 In two days, Hearthstone fans will be able to enjoy their morning coffee with a dash of new cards.

Blizzard will be revealing numerous Saviors of Uldum cards on Sunday, July 14 during Hearthstone Grandmasters.

The graphic included with the announcement of the reveal shows three cards face down. Although we can’t know for certain, this probably means we can expect to see three new cards revealed during Grandmasters on July 14.

Blizzard also revealed three new cards yesterday: Weaponized Wasp, BEEEES!!!, and a new Legendary Mage Quest called Raid the Sky Temple. If the team only reveals three cards on Sunday, odds are at least one of them will be a Legendary.

The upcoming reveals might give us some insight as to what we can expect from classes like Rogue, Priest, and Warrior. We know the most cards from the Shaman class at the moment, so we probably shouldn’t expect to see much from them this weekend.