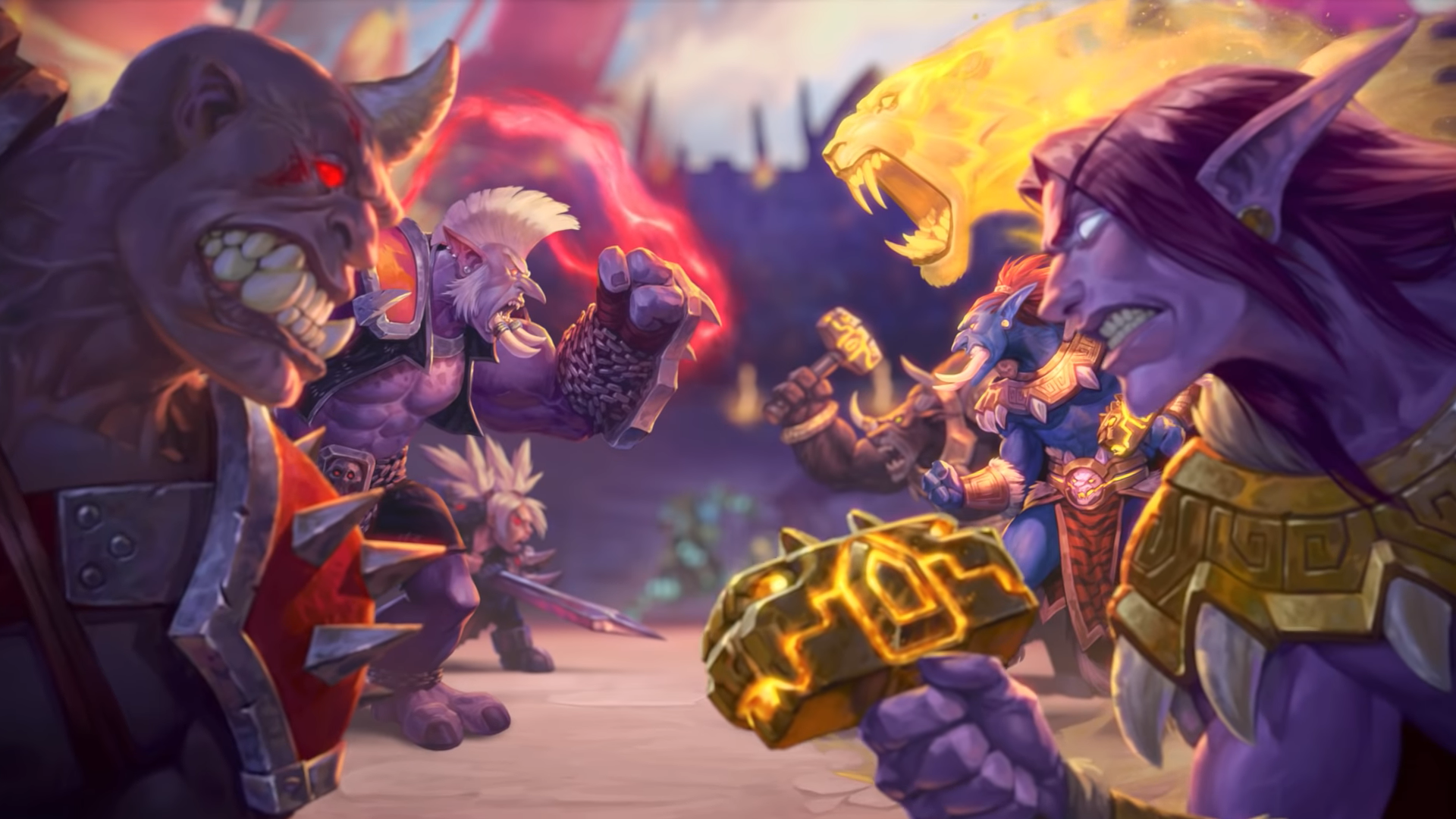 “Draw a Beast from your deck and double its health.” the card reads.
The new card has a four-mana cost, and could work really well with Tyrantus, Witchwood Grizzly, or Oondasta, among many others.

Players can already pre-purchase Hearthstone’s latest expansion, Rastakhan’s Rumble. There are two bundle options: One for $20 and another for $50, which will be available until Dec. 4, when the expansion is officially released.