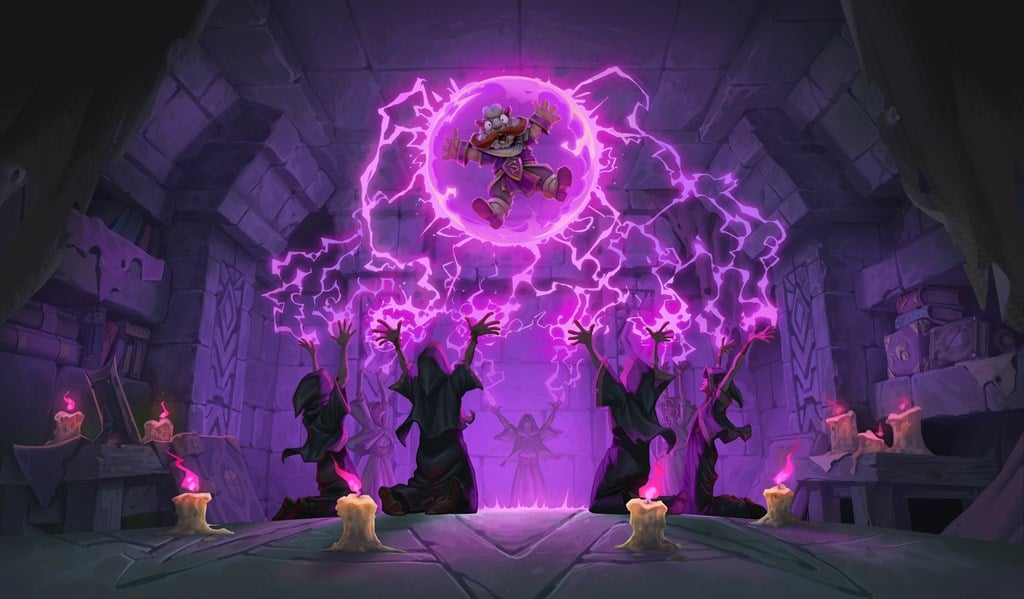 Blizzard announced earlier this week that it’ll host a Hearthstone “Fall Reveal” stream on Oct. 22. But a new expansion isn’t the only thing being discussed next week.

The Hearthstone team revealed today that in addition to a new expansion, next week’s stream will discuss a system revamp and a new game mode. And many fans think the “system revamp” suggests that a battle pass might be added to Hearthstone.

For months now, rumors have circulated about a potential Hearthstone battle pass. These rumors began when the Hearthstone team revealed the original Year of the Phoenix roadmap.

In phase three of the roadmap, Blizzard indicated there would be changes coming to achievements and progression. And earlier in the year, Blizzard also sent out a survey to a variety of different Hearthstone players. The details of this survey were shared online and included a plethora of questions about a battle pass.

Blizzard also revealed that fans will be learning about a new game mode, though it’s unclear exactly what this mode will be. For years, players have clamored for a two-vs-two mode similar to Magic: The Gathering’s Two-Headed Giant ruleset. Since implementing a tag-team mode in Hearthstone is easier said than done, fans probably shouldn’t get their hopes up for that mode just yet.

Regardless of what the future may hold, we’ll get a sneak peek of Hearthstone’s destiny on Oct. 22. You can watch the action on Twitch or YouTube starting at 10am CT.