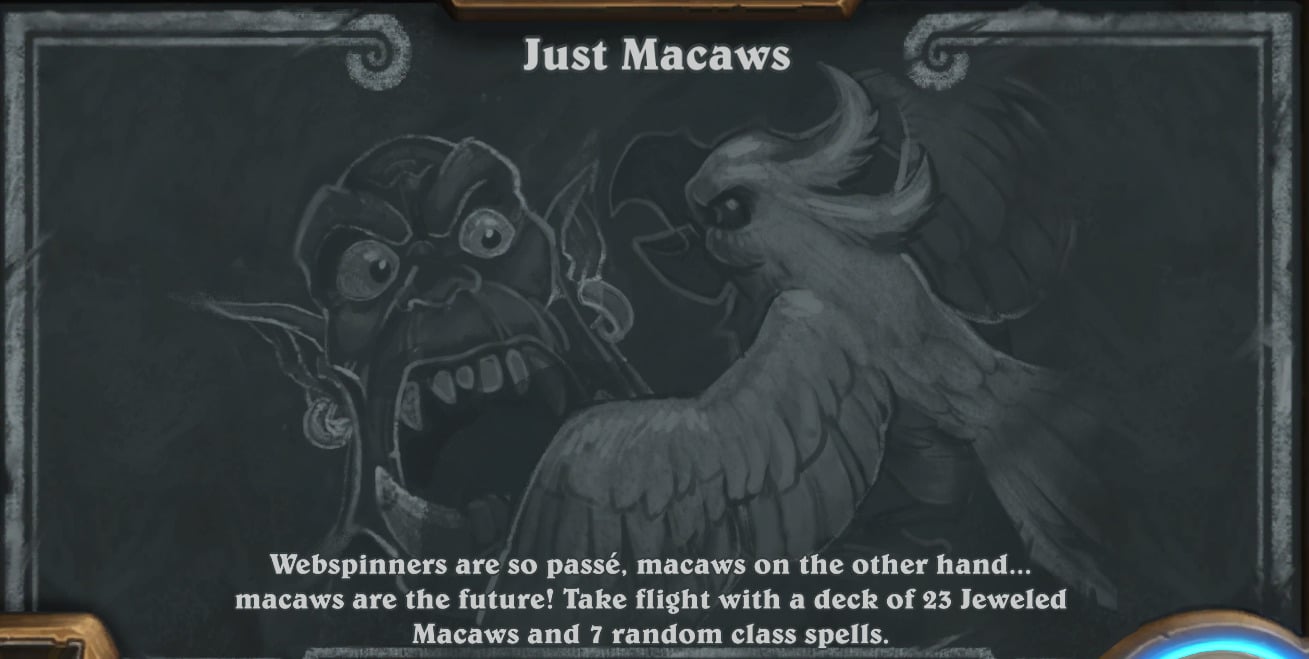 Each Wednesday, Hearthstone’s Tavern Brawl mode has a weekly challenge that players can participate in to claim a free classic pack. This week’s Tavern Brawl, Just Macaws, is making its second appearance. In this Tavern Brawl, players are given a deck filled with 23 Jeweled Macaws and seven random spells from their class.

The nature of this brawl is random. Each time a Jeweled Macaw is played, a random Beast is added to your hand. There are ways to improve your odds at success, though, starting with the class select screen.

Rogue and Demon Hunter are top-tier choices for this brawl due to the fact that their Hero Powers can be used as tempo to control the board fairly easily. Demon Hunter is also a strong pick since its spells, on average, are high-quality options.

Since the deck is a supermajority of Jeweled Macaws, throwing away any you see in the mulligan for a chance at spells is a fair play since there’s a higher chance you’ll draw more after the mulligan phase anyways. Due to the fact that there’s no extra mana bonus to be gained from this Tavern Brawl, your plays are usually played out like a flowchart. Play any efficient Beasts that you may find from your Macaws, then play your Macaws, then use your Hero Power to clear any stray Macaws. The order of this flowchart can be varied a little bit, but for the most part, staying ahead on the board will grant you an easy victory.

Players have until Aug. 5 to earn a victory and get a free classic pack before next week’s Tavern Brawl arrives.