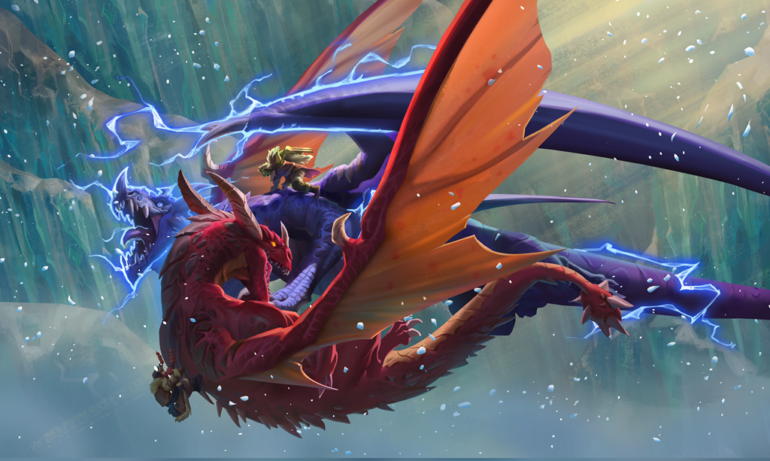 If you’re a lazy deck builder when it comes to Hearthstone Tavern Brawls, then you’re going to love this week’s mode.

This week, the Tavern will play host to the Just Macaws game mode. With this mode, players will be able to start things off with a deck that includes 23 Jeweled Macaws and seven random class spells. This means the most power you’ll have as far as deck building goes is the ability to select your class in hopes of getting certain spells.

As always, preconstructed deck Brawls that are minion heavy can favor Warlock with a bit of RNG. Since Warlock’s Hero Power allows you to keep your hand stacked with fancy Macaws, you should have no problem keeping minions on the board (for the most part). There’s still the worry of running into a class that has a board clear as part of their seven random spells. The Macaw could also randomly generate your opponent a minion that has a board clear attached to it. For this reason, you’ll still want to approach the board cautiously even if you’re going for an aggressive playstyle.

Jeweled Macaw is a one cost 1/1 Beast minion with a Battlecry that adds a random beast to your hand. Though Warlock’s Hero Power plays well into the Macaw as far as aggressively rushing through your deck is concerned, it isn’t the only class worth playing. Priest, Hunter, and Warrior all make for a worthy choice for different reasons.

Regardless of which class you pick, you’ll want to make sure you’re getting the most value out of the cards given to you by Jeweled Macaw. Since the cards granted to you by the Macaw are random, you’ll have to be able to adjust your strategy on the fly.

If you play well enough, you’ll earn a free Classic card pack for your efforts. You can check out the Just Macaws Tavern Brawl over the course of the next seven days.