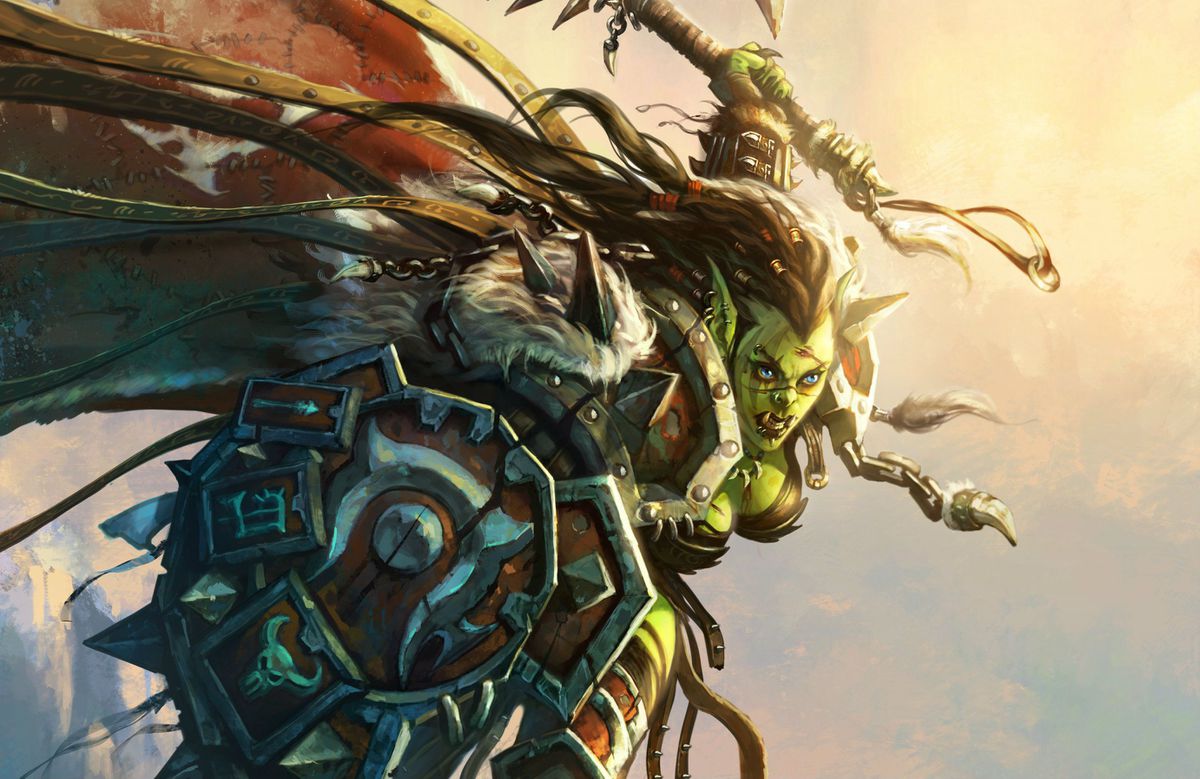 A new skin in Blizzard’s Heroes of the Storm makes reference to one of the most dramatic nerfs in the history of Hearthstone.

The Echoes of Alterac event in Heroes of the Storm is a celebration of World of Warcraft, ahead of that game’s next expansion Battle of Azeroth. It adds a new Warcraft-themed battleground into the game, the first ever in fact. There’s a bunch of new skins celebrating the iconic Warcraft factions—Horde and Alliance.

Something about one of the Horde skins looks familiar.

On the far right is a skin for the warrior Johanna that turns her from a fair skinned human into a green orc. It’s called Warsong. If you’re getting heavy Hearthstone nostalgia, you’re not alone—the skin is almost identical to the card Warsong Commander.

Warsong Commander is part of the Classic set, but really only saw a lot of play during the Patron Warrior era. Warsong gave low attack minions Charge, and combined with the generation of a ton of Grim Patrons that could create an impressive attack force. But sadly, despite the deck not having that high a winrate, Blizzard nerfed it three years ago. It was arguably the most complex and rewarding deck in the game’s history.

Related: Blizzard should revert the Warsong Commander nerf for Wild

That nerf is still a sore spot to many players—and judging by this voice line for the new Heroes skin, the Commander hasn’t forgotten about it either.

“I used to be a Warsong Commander,” she says at 1:27 of the video. “Loved charging into battle. But, uh, some stuff went down and we became less popular. The point is I had to find new work.”

Sadly, Warsong Commander has never found new work in Hearthstone. The card was changed to buff existing Charge minions, and that’s just not good enough to see play. Until something changes, watching this new Johanna skin is Heroes is the closest players will get to seeing a Warsong Commander charge again.