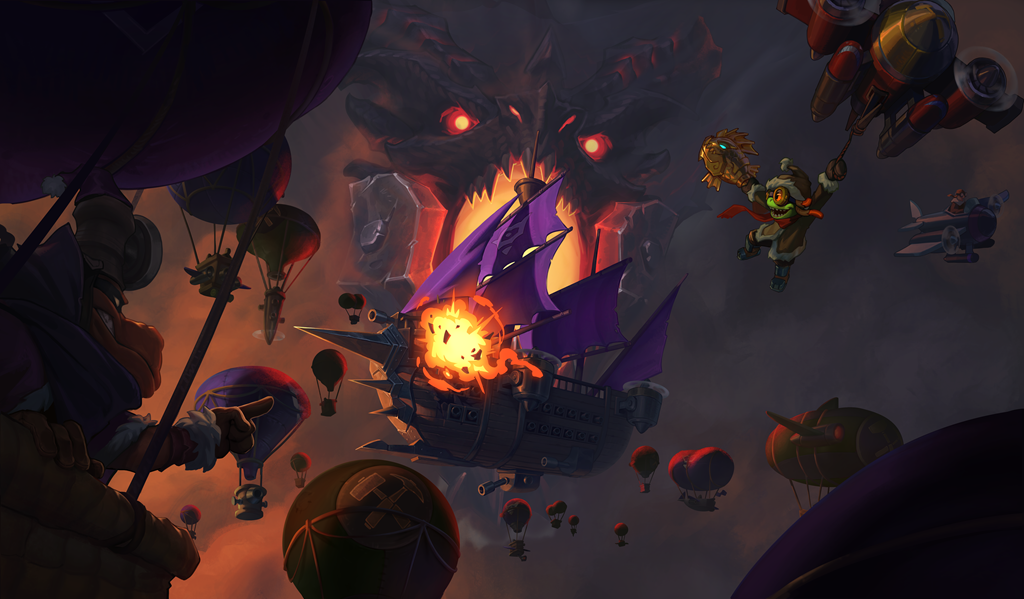 Galakrond’s Awakening will consist of four chapters, each with three encounters. Players will play as characters from the League of E.V.I.L. or the League of Explorers in 24 unique battles and will battle with premade decks designed specifically for each encounter.

Along their adventure, players will unlock 35 new cards by simply completing encounters. All encounters will award players with at least one new card, while others will grant two. Those who purchase the first “Good” campaign of chapter one will automatically receive three additional new cards to kick off the chapter. Players will be able to craft golden versions of each card they earn on their journey.

The first chapter of Galakrond’s Awakening is scheduled to launch Jan. 21, with the following chapters releasing on a weekly basis:

All players will receive the first E.V.I.L. chapter for free to jump-start their journey.

Hearthstone fans can pre-order Galakrond’s Awakening beginning today for $19.99 to unlock a free Golden Classic card pack. Each chapter will become available for individual purchase for $6.99 or 700 coins after they’ve arrived on the live servers.