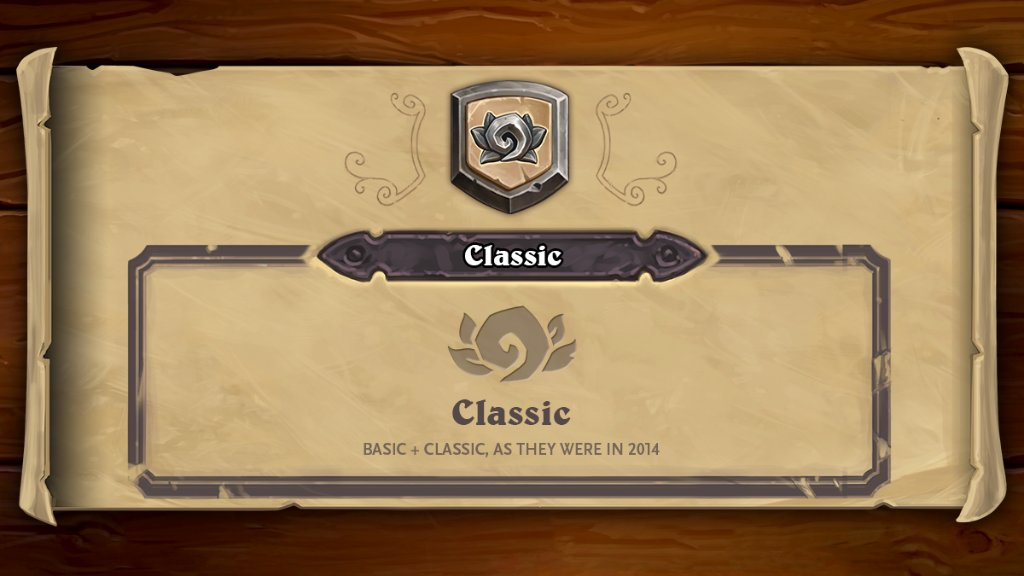 Last month, a wave of Hearthstone news crashed onto the shores of the game’s community, including talks of the next expansion, Forged in the Barrens, and the free rotating Core Set. But another unexpected piece of news was the entirely new mode called the Classic format.

This new ladder players can compete on looks at one of Hearthstone’s earliest metas before any expansion was added to the game. This means Demon Hunter, the Hall of Fame, and any card changes that happened after June 2014 aren’t involved, letting players experience a time-locked format.

Here were the 10 most influential minions in Hearthstone’s meta back in 2014. 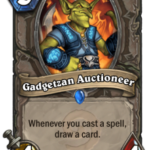 Returning to Classic at five mana, Gadgetzan Auctioneer was the backbone of Miracle Rogue by allowing you to draw through your deck due to powerful but cheap spells like Backstab and Preparation. While 4/4 stats aren’t enough to survive more than one turn, even for Classic’s standards, cards like Conceal and Shadowstep allow Rogue to find ways to protect the Auctioneer for multiple turns, leading to elaborate combos.

As one of the original cards to join the initial Hall of Fame, Ragnaros was the ultimate top-end option for midrange and control decks due to the immense power he brought at five mana. Due to his massive eight health and constant stream of eight damage, Ragnaros easily pushed every other late-game card out of the game.

Dealing with Ragnaros was no easy feat. Sometimes his inclusion lead to players running either Big Game Hunter or Faceless Manipulator to try to win a hopeful 50/50 and snipe the original Firelord.

If you’re not playing as or against an aggressive deck, expect to see Ragnaros appear and decide matches once either player reaches turn eight.

While Sylvanas was previously nerfed to her current six-mana state, players won’t have access to the five-cost Sylvanas Windrunner. This is due to the fact that the change happened before the patch that Classic mode is tied to.

Despite this, at six mana, Sylvanas was one of the most powerful Legendary minions in the game due to her ability to remove an imposing threat from your opponent and effectively add your opponent’s minion to your board.

Due to this, any player facing a Sylvanas was often pressured into making suboptimal trades to either force her to steal a weak minion or no minion at all.

Just make sure not to execute your own Sylvanas.

While Azure Drake wasn’t the most broken card to enter the Hall of Fame, its average stat line and ability to replace himself with card draw was something every midrange deck appreciated in the five-mana slot. In addition, the card’s extra spell damage allowed for more potent removal opportunities (like Swipe for Druid and Backstab for Rogue).

Even though Azure Drake’s Dragon tribal tag truly didn’t matter back in Classic, the formidable minion was able to cycle itself while providing a sizable threat that an opponent simply couldn’t ignore.

But whenever you play Azure Drake, be mindful of its natural predator, the Argent Commander. 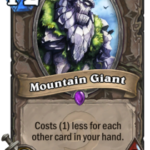 Back in the early days of Hearthstone, Warlock had two effective decks: Zoo and Hand variants. For fans of slower controlling decks, Classic Handlock was a prominent force in the meta due to its consistent ability to find answers to wide boards and provide its own threats. The Mountain Giant and Molten Giant duo were among those key forces for Warlock.

Mountain Giant could often be played as soon as turn four due to Warlock’s Life Tap Hero Power. The ability to quickly amass a card advantage allowed the deck to find a powerful minion to play each turn if they weren’t pressured by their opponent.

Once the late game arrives, Molten Giant puts an opponent in a high pressure scenario. The closer they bring you to 10 health, the more they risk a cheap Molten Giant being dropped onto the board and combined with a Shadowflame of Sunfury Protector. This dynamic of Molten Giant means experienced opponents may purposely keep your health total higher than usual to avoid the problem of cheaper Molten Giants.

As the only card on this list to not receive a nerf or enter the Hall of Fame, Bloodmage Thalnos was one of those Legendaries that was popular enough to find their way into multiple decks but was never considered broken enough to receive changes.

As a cantrip with spell damage, Thalnos can either help combo decks by dealing massive burst damage on the last turn or by cycling through their deck faster during the earlier stages of the game.

Bloodmage Thalnos’ most effective lists back in the day were Freeze Mage, Miracle Rogue, and sometimes Midrange Druid to empower Swipe or Wrath.

While this versatile Legendary saw a wide array of play, those with smaller budgets often just replaced him with a Loot Hoarder or Novice Engineer to rely on the cycling aspect more. 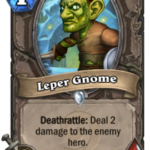 Every card residing in this spot was nerfed in one way either by stat points or by changing mechanics entirely. For the one-drops, Leper Gnome and Abusive Sergeant could wrack up easy damage numbers if you managed to play them early enough. As 2/1s, many classes didn’t have easy access to pick off weak units either through abilities or Hero Powers, often making the effort to remove them disproportionate to the mana invested in playing them.

The most influential change between these four minions goes to Arcane Golem. The Golem is receiving its Charge keyword once more, giving any aggressive or combo list the ability to deal four damage for three mana as a finisher for opponents. While its two health leaves Arcane Golem prone to easy removal and the extra mana gem gives the opponent massive ramp for free, these downsides don’t matter if the game is ending in a few turns.

The leader of the Defias Brotherhood and his history with Hearthstone as a whole has been a complex one. As one of the most-used Classic non-Neutral Legendaries to avoid both nerfs and the Hall of Fame for the longest time, it was always a wonder how Edwin could stay in his three-mana 2/2 state for so long.

While he’s recently been nerfed in his final months before rotating out of Standard, the Classic Edwin will remain one of the many payoff cards that Rogue can combo into to end the game.

2) Keeper of the Grove/Ancient of Lore 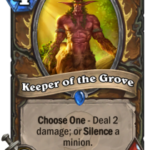 Back in Classic, Druid was considered the king of midrange decks due to its powerful ability to generate permanent or temporary mana with two-mana Wild Growth and Innervate, respectively. While the class had the ability to reach breakpoint turns earlier than its opponents, the powerful minions it had back in the day made them worth ramping into.

Keeper of the Grove was a key early minion for Druid due to its powerful Choose One ability, which either allowed for removal of weak minions due to its two damage or Silence to remove powerful Deathrattles or bypass Taunt. Now with its restored 2/4 unnerfed stats, the Keeper can contest the board better after using its impactful effect.

With Ancient of Lore, the class often surrendered card advantage to ramp its mana faster. But with Ancient of Lore now drawing two cards, Druid players can refuel their hand and find key combo pieces, like Force of Nature and Savage Roar, much more quickly.

Aside from the more popular use of card draw, Ancient of Lore can also give you five healing in a pinch against aggro decks. While this function isn’t as powerful as drawing, there were niche scenarios that could give you enough health to gain one extra turn against aggro decks.

In his original four-mana glory, Leeroy Jenkins was one of the key cards in the game as either a combo finisher or top-end burn for aggressive lists.

The two most popular combos in Classic play involved both Rogue and Handlock. For Handlock, Leeroy was combined with Power Overwhelming and Faceless Manipulator to deal 20 damage for 10 mana with a total of three cards. When played in Miracle Rogue, thanks to a combination of cards like Shadowstep, Cold Blood, and Preparation, Leeroy allows the class to reach unimaginable burst damage after burning through their deck.

For four mana and with six attack, which is comparable to Mage’s Fireball, aggro decks used Leeroy as extra damage to threaten opponents, especially if the deck lacked the damage back in the day, like Classic Aggro Warrior. One of the most powerful usages of Leeroy in an aggressive deck was with Hunter, who had access to Unleash the Hounds (which cost two mana at the time) and turned Leeroy Jenkins’ weakness of summoning free minions for your opponent into a strength.

Since Unleash the Hounds gave you more damage based on the number of minions your opponent had, the ability to give your enemy two extra minions would lead to surprise burst opportunities.

You can try out these cards in their original form when the Classic format for Hearthstone launches with Patch 20.0, which releases tomorrow.