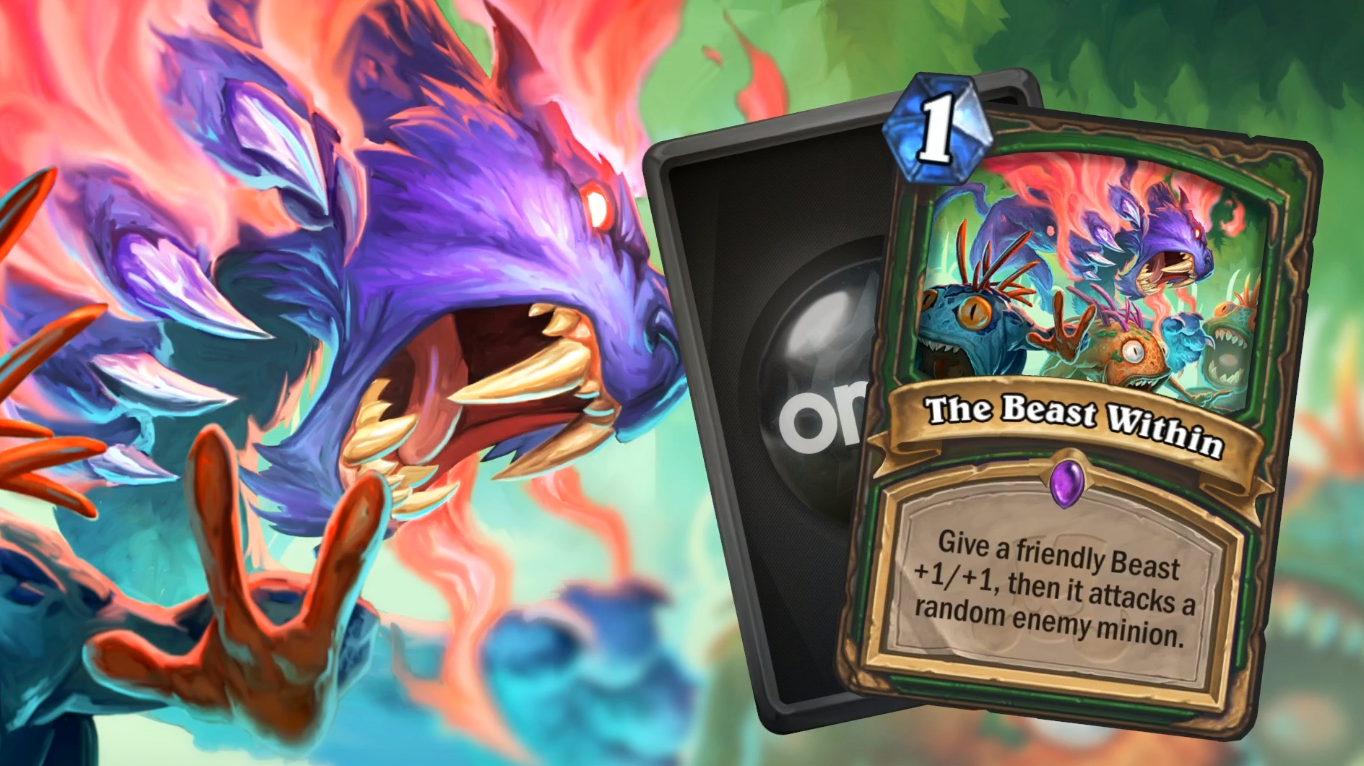 Hearthstone card reveal season rolls on with another new card in the Rastakhan’s Rumble expansion. The latest card is a one-mana spell card called The Beast Within, shown first by Twitch streamers Omnislash.

The Beast Within is a spell card that costs one mana to use. “Give a friendly Beast +1/+1, then it attacks a random enemy minion,” the card reads.

Preorders on the Rastakhan’s Rumble expansion are open now until Dec. 4, the expansion’s release date. Two bundle options are available: a basic bundle with 17 card packs for $20 and a larger pack offering 50 card packs for $50. The latter bundle comes with a few extra goodies to sweeten the deal.