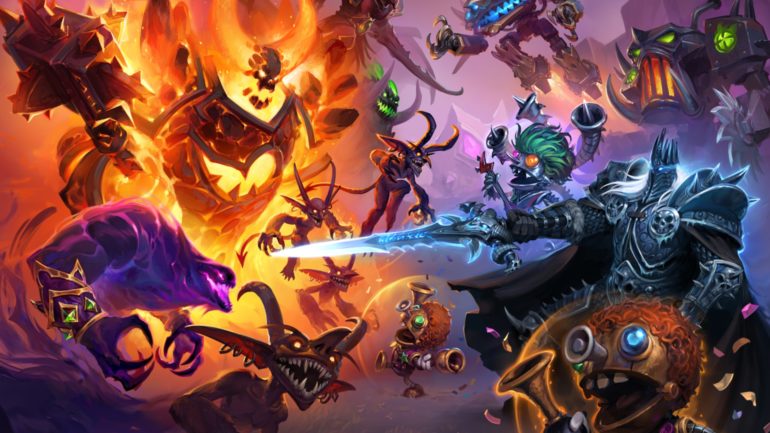 Hearthstone’s newest 16.2 update has finally unlocked the first solo adventure of the year, Galakrond’s Awakening—but that’s not the only new feature included in today’s patch. Blizzard Entertainment has added a few new balance changes to Battlegrounds in the form of new heroes and minions.

Sir Finnley Mrrgglton has been removed from the hero pool but will be added back to Battlegrounds in a later update with a new Hero Power.

Blizzard has removed Voidwalker, a tier-one 1/3 Taunt Demon, from the minion pool. Golden Zapp Slywick now has Mega-Windfury instead of Windfury, meaning it can now attack four times each turn instead of two.

The Hearthstone developer has also added a few quality-of-life changes, including a minion lineup history for players’ five most recent games and a scoreboard, which shows how many minions of a Tribe opponents have in their lineup. Additionally, Blizzard has adjusted Battlegrounds’ matchmaking algorithm so players will no longer face the same player more than once in every three combat rounds until later stages of the match.

Hearthstone’s 16.2 update is now live on PC and is scheduled to arrive on mobile devices later in the day.