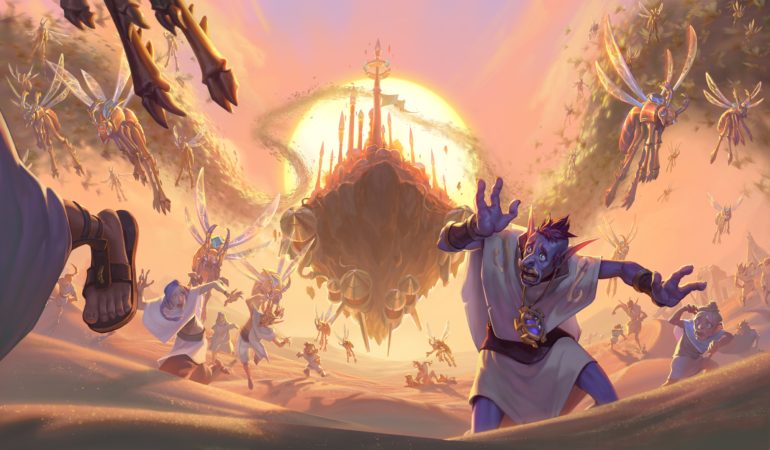 Hearthstone fans best be sure to watch their steps—the game’s upcoming desert-themed expansion Saviors of Uldum is proving to be full of tricks and traps, and Blizzard Entertainment just added one more Secret to the set.

Flame Ward is a three-cost Mage Secret. After an enemy attacks the Secret’s user, the spell will automatically dish out three damage to all enemy minions.

As a Secret, Flame Ward will excel in Secret Mage decks that rely on the unpredictability of these types of spells. For three mana, the spell is well-worth its cost and will benefit any user that faces an opponent who has filled their side of the board with minions. The Secret doesn’t trigger until after a minion attacks, however, so players will still take damage from the attacker.

Today’s new spell is the second Secret revealed from Hearthstone’s upcoming expansion Saviors of Uldum, next to Pressure Plate, a two-cost Hunter Secret that destroys a random minion after the opponent casts a spell.

Blizzard Entertainment revealed Flame Ward today next to Siamat, a seven-cost neutral Legendary Elemental with a Battlecry that allows its user to tack on two additional effects to the minion, with choices including Rush, Taunt, Divine Shield, or Windfury.

Hearthstone fans will be able to add Flame Ward to their collection when the game’s next expansion Saviors of Uldum releases on Aug. 6. The expansion is now available for pre-order in two different bundle options: a 50-pack option for $50 or one that comes with 80 packs and Elise, a new playable Druid hero, for $80.