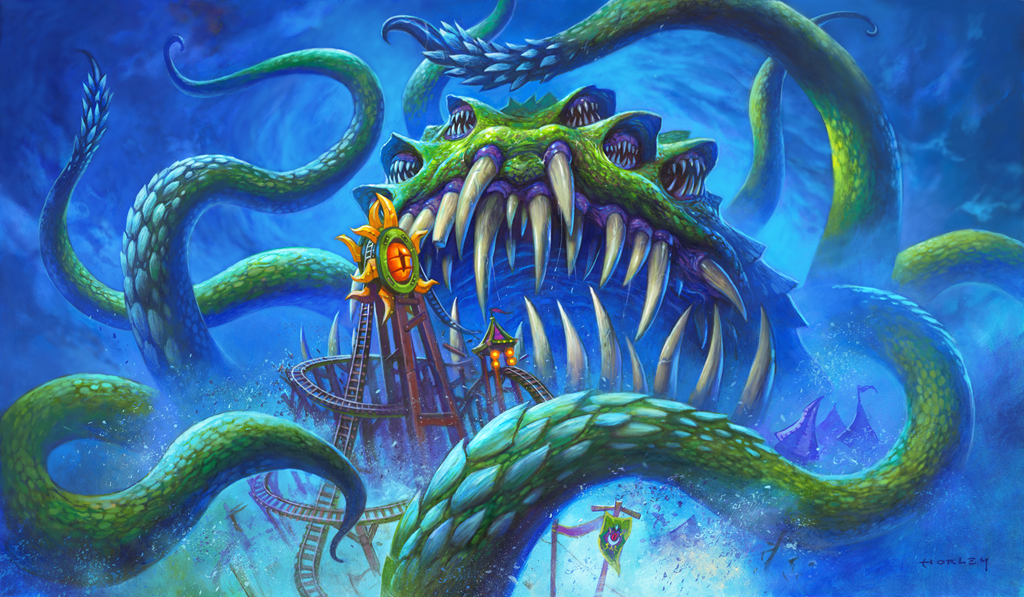 Hearthstone’s Madness at the Darkmoon Faire expansion has been out for a little over a month now and it looks enough time has passed to give Blizzard an idea of which cards need to be adjusted.

You don’t need to be a Blizzard employee, however, to realize how overpowered certain decks have felt early in this expansion. At time of writing, just before the nerfs go live, Demon Hunter has a 54-percent win rate on HSReplay.net. This is 10 percent more than the deck with the lowest win percentage, Druid.

Since Demon Hunter joined Hearthstone with Ashes of Outland in April, it’s been a problem child early in each expansion that’s followed. One could argue that since the class is so fresh, Blizzard still has a difficult time designing cards for it.

When the Madness at the Darkmoon Faire expansion was announced, players were excitedly awaiting an Old God-driven control meta. But over-tuned aggressive decks like Soul Demon Hunter have dominated the meta, making the decision to play a control deck a handicap. Hearthstone world champion Glory used Soul Demon Hunter as one of his decks to help secure victory over the weekend.

Demon Hunter isn’t alone in the series of nerfs, however. Highlander Hunter will also feel Blizzard’s wrath via a significant nerf to the mana cost of Dinotamer Brann. Alongside Brann, there are a handful of neutral cards and a plethora of cards from the Demon Hunter class being affected.

Here are the nerfs coming with Hearthstone Patch 19.2. You can check out Blizzard’s official before and after images of each card below.

All of the above changes are expected to go live with Patch 19.2 today.