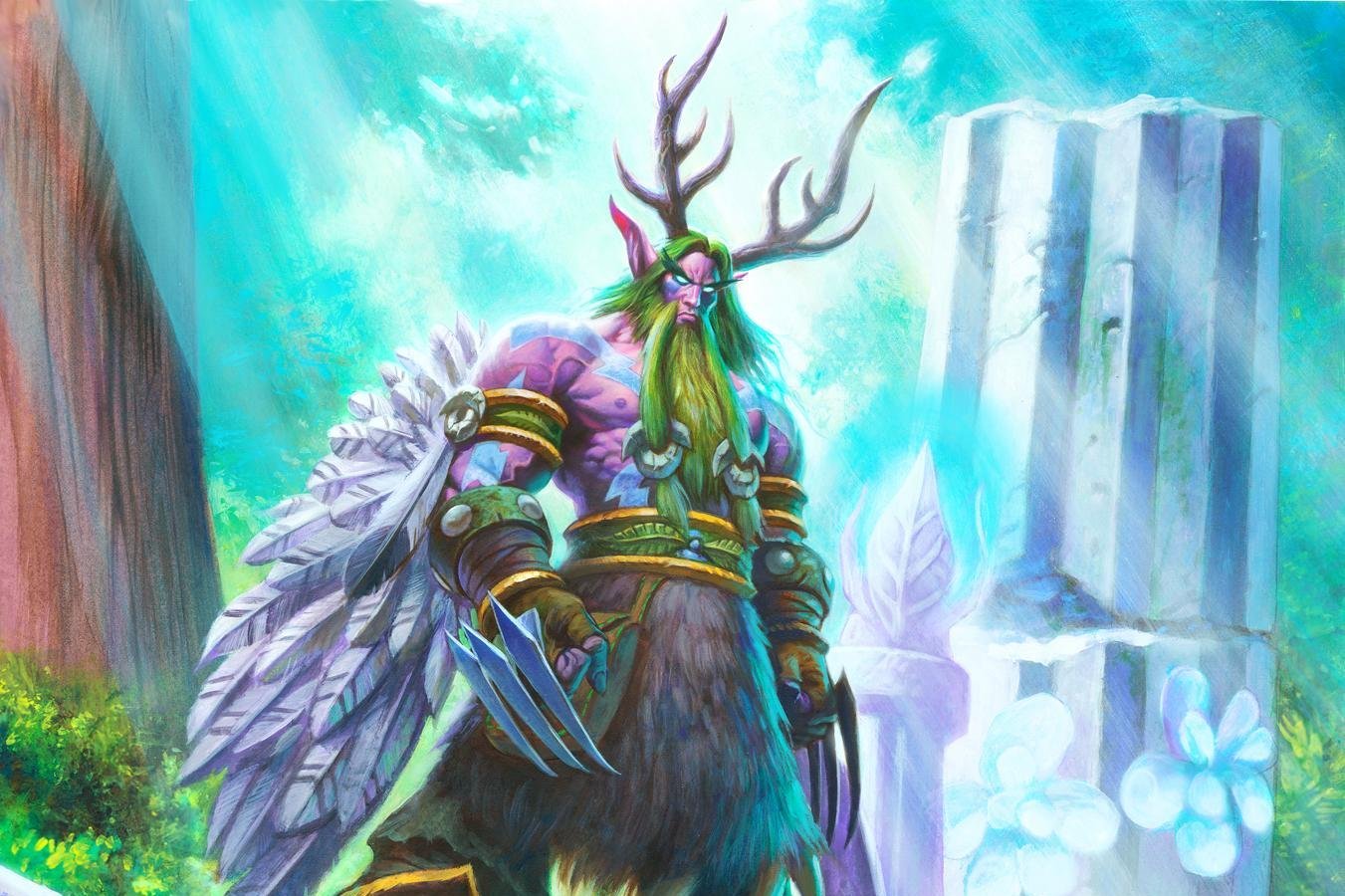 In our interview on Friday with Edwin “HotMEOWTH” Cook, he highlighted the potential of Quest lineups now that aggressive decks had been somewhat brought to heel. Without the aggressive decks to punish them, Quest decks could provide a good counter option to control.

One player who agreed with that assessment was “GhostASA” of Taiwan. As one of many in the lineup who came in as a complete unknown, his lineup might have been something of a surprise. After all, who expects to see Reckless Rocketeer in competitive Hearthstone?

In this game, Ghost’s Quest Druid is playing against Odyssey’s Warlock—and Ghost looks immediately like he might have messed things up. In his eagerness to create a clean Deathwing board and remove the Taunts, he trades away the only two Charge minions he has in his hand—Leeroy Jenkins and a Rocketeer—but he has a plan. Nourish draws him exactly the card he needed—a Charged Devilsaur. That was by no means a certain thing, but it comes off exactly as he needed it to.

The use of Devilsaur in this combo is really pretty clever. Devilsaur is a Charge minion, but it has a Battlecry that stops it from attacking heroes the turn that is played. But when they come out of the Cubes, the Battlecry doesn’t trigger and they can attack freely.

Then the combo comes into play. Ghost eats the Devilsaur with a Carnivorous Cube, and then copies it twice with Faceless Manipulator. That gives him six Devilsaurs to come out at the end. He then uses Kun to get ten more mana, and Deathwing to clear the board and spawn the six Devilsaurs.

But even by the time the second Faceless Manipulator had come down, the rope had started burning. As Deathwing clears the board, it’s way beyond half way down. No one watching, not even the casters, are sure if he’s going to get his attacks in before the turn ends. But somehow he manages it, and with a relatively reserved fist pump celebrates facing down match point.

Sadly for GhostASA, he didn’t manage to complete the reverse sweep in this lower bracket match. He had to settle for 5/6th place, while his opponent “Odyssey” went on to finish second in a five-game final.