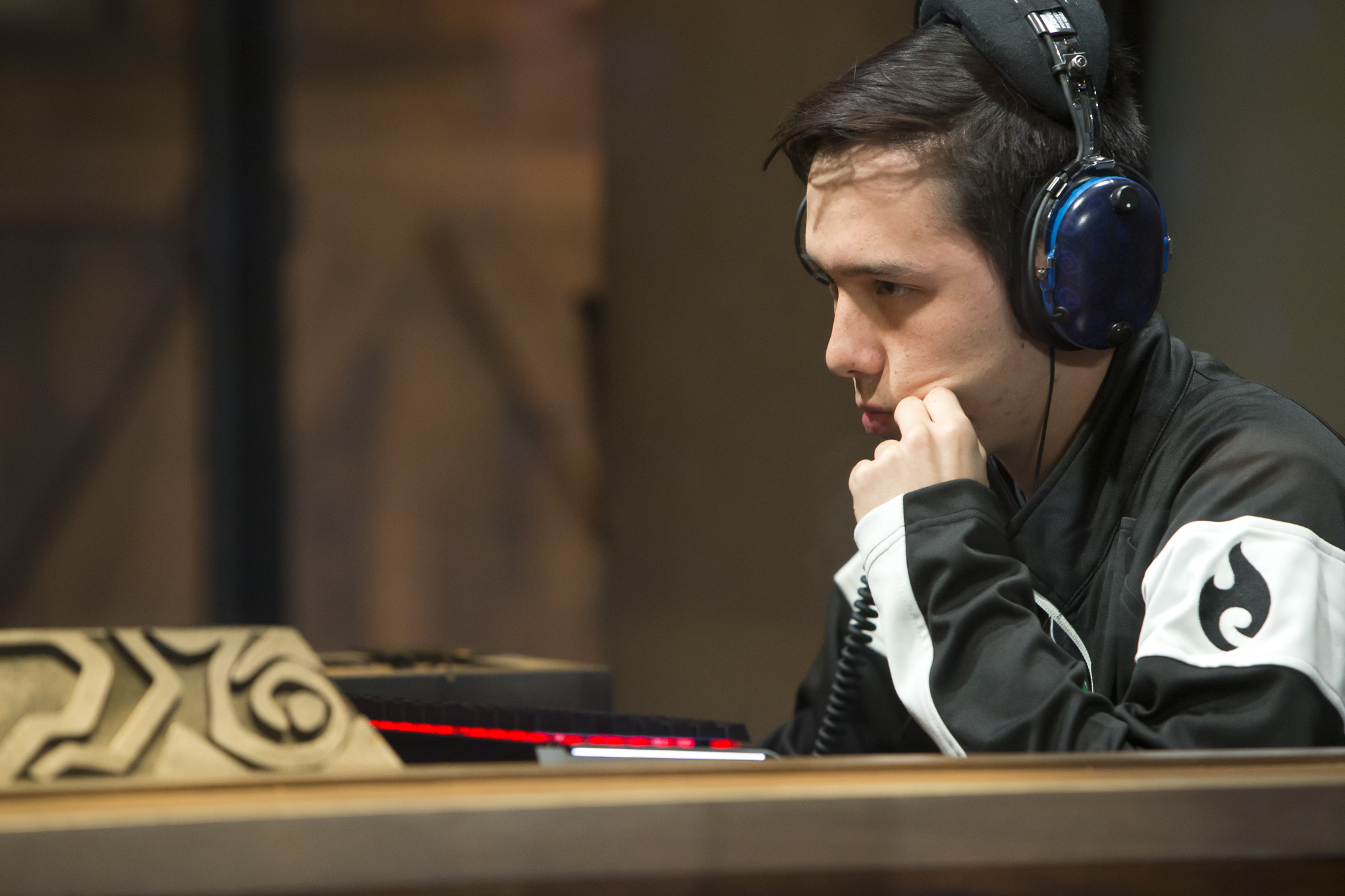 Edwin “HotMEOWTH” Cook is a long way from home.

Having traveled from the United States to Sydney for his first Hearthstone Championship Tour (HCT) event, he’s battling the time difference to get himself ready for the event.

Looking at the lineup, you’d be forgiven for forgetting that this is an international event though. HotMEOWTH is the only player outside of the Asia-Pacific region to have qualified for the event—that’s including the players who came through the completely open global qualifier.

That could be a lot of pressure for him. But having competed in the Hearthstone World Championship in 2016 after winning the Americas Summer Championship two months prior, he knows what it’s like to play on the big stage.

Dot Esports spoke to HotMEOWTH about his prospects for 2018, his view of the meta, and how he plans to handle the best that APAC has to throw at him.

How are you enjoying Syndey? How was the trip?

HotMEOWTH: It’s great, first time in Australia. It was a long flight here, but I’m liking Sydney. We actually went to the Zoo and we got to see some koalas and kangaroos, it was really nice to see all the Australian animals. Also we got to see the Opera House, so it’s been a nice trip so far.

How do you feel about your performances in 2017, and your prospects for 2018?

In 2016 I had a huge breakthrough going through Summer Prelims. It was crazy because in just a couple of months I was a Worlds player. After that in 2017 I kinda lay low, but I also participated in way more tournaments. I took part in almost all the North American DreamHacks. I went to places like Montreal, Denver, and Austin, and I think I finished top eight and top four at two of those events. I wasn’t able to win the whole thing but I got a few top finishes. Coming into 2018 I think I’m a more consistent player now. I need to work a bit more and 2018 will be a great year. I plan on traveling to a bunch of tour stops.

How do you feel about the new HCT, and chasing that three star master?

I think the star level is a bit too far away. Right now I’m just looking at points to qualify for Winter Playoffs again, and try to actually qualify for a seasonal championship again. There’s also the Global Games opportunity again, where the top points earners get nominated for Global Games. So I’m looking at that, and trying to grab points from these Tour Stops, as well as have the opportunity to travel and qualify for the Championship.

How does it feel to be the only non-APAC player who made it to this event?

I was surprised when I was the only player outside of the APAC region. I went through the huge global qualifier with almost a thousand players, and even then the other players that qualified were APAC players. So I kind of stand out here. I kinda just want to do my own thing. Maybe I’ll make sure the NA server stands out more and wins, but I’ll probably just not make it a big deal. For me the biggest difference is most of the other players here didn’t have to travel much. I think their lineups are pretty different too. The APAC region traditionally used to just bring aggressive decks more, and I feel like I might be one of the few control lineup players here. So that will be interesting compared to other tournaments where it’s control-dominated.

How big a deal is it to know you can set a schedule to a Tour Stop in the Americas every month?

Do you think you have a chance to win the whole thing?

I think I have a decent chance because I have more experience, so I might get less nervous on stage. But really I still think it depends more on the lineup than the people piloting them. The players might get nervous and misplay, but I think its more so just bringing the right decks. I think I had enough preparations and I have a decent chance. For this event I was kind of shaky, I hadn’t had much time to prepare because we submitted decks during our time in Sydney. With the timezone difference it’s been hard to call up my teammates in America. But I did get some time to prepare with my teammate RayC, and some really good ladder and tournament players.

What’s your opinion on the nerfs. Have they made the game better?

The nerfs to Patches and Corridor Creeper definitely hit aggro decks. After the Raza Priest nerf I think control decks are more prominent now. But it also pushes anti-control decks that aren’t necessarily aggro decks, like Kingsbane Rogue, Quest Rogue, Quest Druid, those types of slower archetypes. Now that aggressive decks are less aggressive, aside from Secret Mage and Murloc Paladin, you can play more creative and combo decks. It definitely pushes more archetypes, and slows down the meta, so games might take longer. I think overall I think they are fine nerfs.

Do you think Quest decks have a place in competitive play?

It’s definitely viable in competitive, but it’s kind of risky too. They’re all kind of combo decks, so they are more punishing if you make misplays on them. So I think decks like Kingsbane Rogue might be ready to branch out. After the nerfs people have been playing decks like Spell Hunter and other spell heavy decks over minions, just because minion-based aggressive decks took a huge hit in the nerfs. I feel we’ll see more spell and combo decks, and that’s a great thing. It takes a few tournaments to see it, right now on ladder Control Warlock and Cubelock are still pretty dominant so it doesn’t show that much.