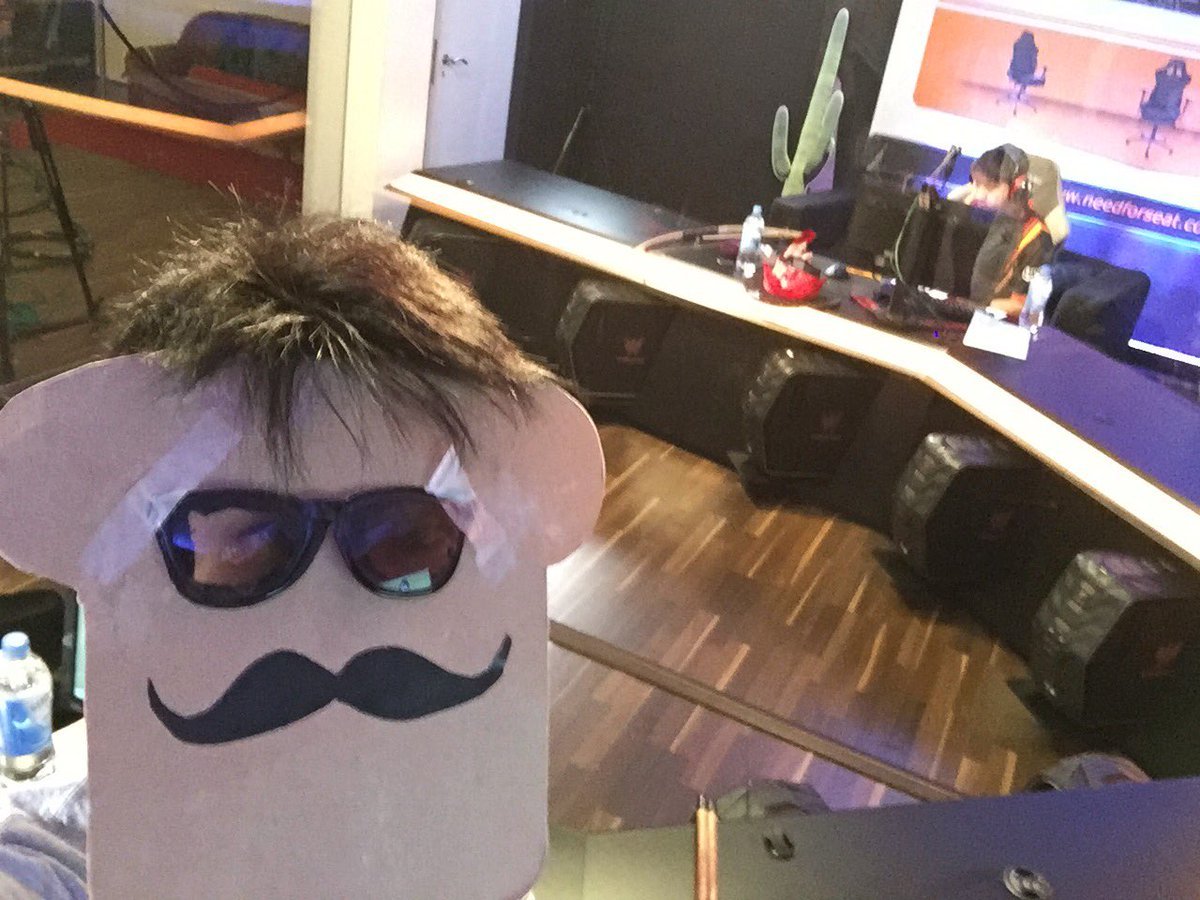 The top-tier of Twitch can often feel permanently sealed off—a handful of personalities who tapped into a popular game in its primordial stages and took off right alongside the skyrocketing popularity.

That’s certainly the case for Hearthstone icons like Jeffrey “Trump” Shih, Octavian “Kripparrian” Morosan, and Andrey “Reynad” Yanyuk. But Jeremy “Disguised Toast” Wang is an exception to the rule. Toast made his name by wearing dark sunglasses over a cartoon paper cutout of a slice of bread over his face, and digging into the bowels of Hearthstone’s arcane mechanics on his YouTube channel. Over the past few months, his Twitch stream hit the stratosphere, and today, he’s on Blizzard’s A-list, scoring free trips to Shanghai to sign autographs and conduct interviews.

We caught up with Toast during the Spring Championship and we talked about his rapid growth in the scene, Aleksandr “Kolento” Malsh’s surprising affability, and the secret to getting noticed in the crowded field of influencers.

Toast: It’s been pretty surreal. I had been making Hearthstone content for two years, but I was never a “figure.” But ever since the stream blew up, I’ve been interacting with other streamers more, and working with Blizzard more. It’s been a crazy last few months.

Would you call it your job now?

Yeah, pretty much. I treat it like a job. I have to be ready to stream at my set time everyday. I can’t miss it, I can’t take a weekend off. It’s a job.

Was there another career path you were set on before this stuff took off?

I was a computer programmer, I programmed games. In high school, I made this online web game called The Frustration Game, and other YouTubers play it. I see YouTubers with two million subscribers playing my game with three million views on it. And now I play other people’s games and post it to YouTube, so the role has been reversed.

You seem to have a lot of friends in the community now, you know a lot of major streamers. What’s it like going from someone who watches people on Twitch to all of a sudden being friends with them in real life?

You don’t think too much about it, but sometimes you do go “oh wow, I’m talking to Kripp right now.” The biggest one for me is Day9, because I remember watching his StarCraft commentary in high school. And now, every now and then, Day9 will send me messages, like “check out this cool combo.” So there’s a small part in the back of my head where I’m like, “I can’t believe Day9 is talking to me so casually.”

It goes to show that if you want to be Twitch famous, it’s not that far away. Like it’s obviously a lot of hard work and a lot of luck, but everyone just comes from being a regular dude who’s a good player or makes good content.

What Hearthstone streamer is the most different in real life from their online persona?

Oh god. Well, there’s negative examples and positive examples, and I’ll try to stay away from the negative. But a big one is Kolento. On stream, Kolento is very reserved and quiet, but when I met him for the first time in Boston, he’s still quiet but he cracks a joke now and then, which was surprising because I thought he’d be silent the entire time and only nod. But I think for the most part in the Hearthstone community, everyone behaves very similarly to how they act on stream.

We’re always curious to know more about the grind on Twitch. A guy like Kripp streams like six hours a night and there are moments where it seems to really wear on him. You’re just starting out, but are there moments where you get burned out? Does that affect you?

I’ve been dealing with burnout. When you play five hours of Hearthstone every single day—there are days when you just don’t wanna play Hearthstone, but you have to play Hearthstone. People deal with it differently. I try to play decks that are more fun. At the beginning, I tried to be really, really positive, but lately, the positivity is still there, but if someone says something stupid in Twitch chat, I’m gonna call them out. I’ve been more willing to be salty. It’s not the best way to deal with it, but it beats putting on a fake smile when you really want to be upset. It’s Hearthstone, there’s top-decks, there’s RNG, it’s okay to get upset at some aspects of Hearthstone.

You faced your first bit of controversy recently, when you were banned for showing off an exploit on stream. What was that like?

It’s very complicated, because [exploits] are something I’ve been doing since I started making YouTube videos. I talk about exploits, I show how it’s done. And then Blizzard calls me and says “hey, turns out you’re not supposed to do that, we’re gonna suspend you.” My initial reaction was to be upset, because I thought it was unfair. But at the same time, you have to realize a lot of people went out and did this exploit and ruin games with other people.

It was interesting because it was the first time you had to deal with drama, which is something a lot of streamers face sooner than later.

Yeah, and I’m glad it was something people could see my side on and Blizzard’s side on. I didn’t kick a puppy, or anything. I didn’t start any beef. Other news sites picked it up, but I didn’t think it was that big of a deal.

For all the other kids making content out there, what advice would you give for people on how to keep their content original and unique?

The biggest thing for me is “is anyone going to give a shit about what you make?” There are so many content creators out there trying to make it big who are making the same stuff that big streamers are making, like card reviews. A YouTuber with 50 subs doing a card review on YouTube, it sounds harsh, but no one cares. When people say “just keep at it buddy, it’ll eventually work out,” hard work is a big part of it, but the main thing is “do people care?” Why would they care about your opinion over Kripp’s? When you make content, you gotta ask, “who’s gonna care about this?”