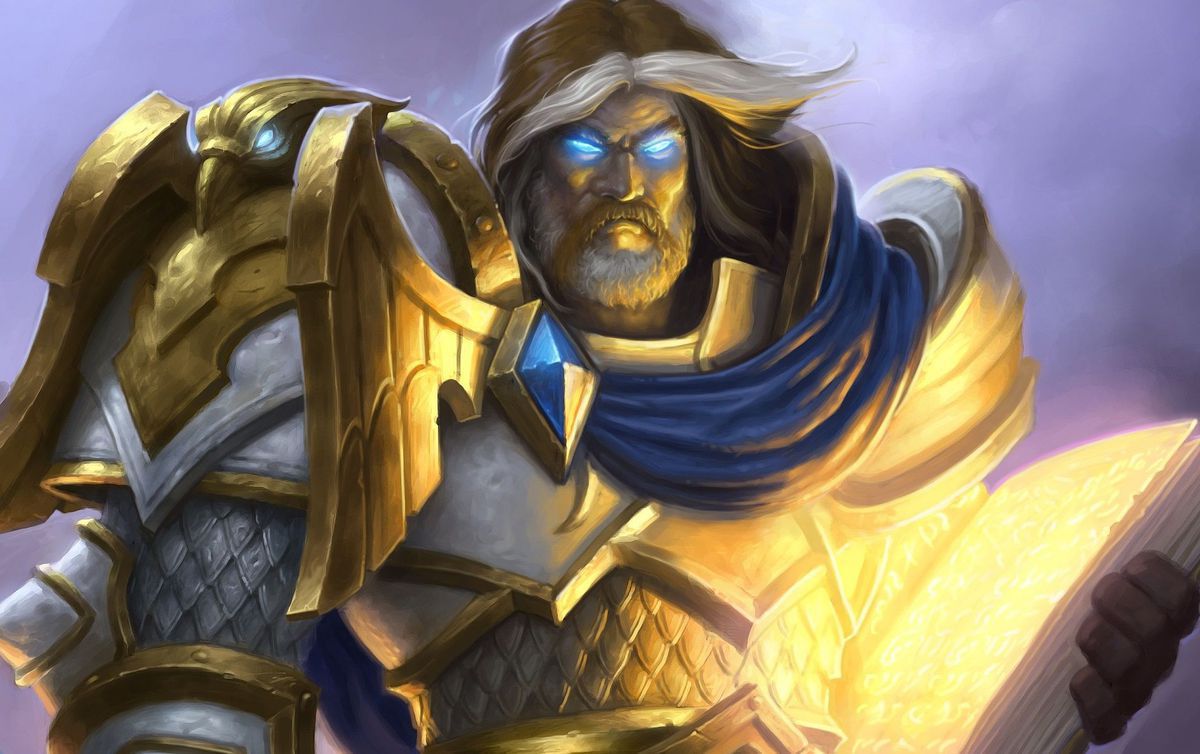 The Hearthstone Spring Championship was significantly different from the Winter Championship in March. The latter was held in the bowels of an all-inclusive resort in the Bahamas, playing to a tiny live crowd with a player lineup of relative unknowns (not including reigning world champion Pavel Beltukov). In contrast, the spring tournament took over a massive esports arena a stone’s throw from Shanghai city central. The house was packed, the players were famous (Kolento, Neirea, RDU), and the whole affair felt less like a family reunion and more like a hardcore, life-or-death competitive event.

Blizzard is still testing what professional Hearthstone is supposed to look like, so it’s cool that they’re trying a variety of different environments. Dot Esports was at the Hearthstone Spring Championship, and here are six things we liked about this tournament.

1) The universal language of a sick topdeck

Even if you don’t speak Mandarin, any Hearthstone fan knows it’s a big deal when someone draws a Hungry Crab against a Murloc Paladin. There are many things about the Chinese gaming market that are remote and isolated from a Western perspective, but we all do love Hearthstone, and it was amazing watching that joy seep into the room whenever something big happened. Our language is universal when it’s filtered through a good metagame. As obscure as the world can seem sometimes, you’re really capable of relating with everyone.

We first met Frederik “Hoej” Nielsen as a tidy young Dane making waves in open-qualifier tournaments against the big boys of the scene. If you go back far enough, you can see a post he made on the Hearthstone subreddit after catching flack for his use of chiding emotes to disrupt his opponent’s thought process during crucial moments of his matches. It’s been two years since then, and Hoej has elevated himself to become one of the best players in the game, with a legacy-sealing win at the championship.

It’s great to see players who don’t come from a streaming background push their way into careers with long nights and hard work. A couple hours before his title match, Hoej told Dot Esports that he didn’t yet see himself as an internationally regarded player, but if he won, he’d feel like that had changed. He won, and he’s going to BlizzCon, so it seems like Hoej can consider himself to be an internationally regarded player.

Anthony “Ant” Trevino is one of the nicest guys you’ll ever meet. He greeted every player with a giant bear hug, and added another one when he was eventually bounced in the semifinals—it didn’t matter, though, because he already punched his ticket to BlizzCon. The video Blizzard put together in tribute of his appearance was touching—Ant is just a guy from Fresno, California who helped out with his mom’s flower shop.

This was Ant’s first time out of the country, and when the bilingual host asked him what he expected to find in China, he took a moment before saying, “orange chicken.” He’s just a great, positive presence in a game that generally favors the cynical. With a top four finish at the Spring Championship and a top eight appearance at DreamHack Austin under his belt, you should expect big things from the Fresno Assassin.

There are a lot of ways to get famous, but wearing a bread paper cut-out over your face with a fixed pair of dark sunglasses generally isn’t one of them. But Toast’s optimistic Twitch stream and surprisingly intellectually dense YouTube channel has made him a sudden star in the Hearthstone community, and Blizzard is now sporting his tickets to be a part of press junkets across the Pacific. Toast could be seen signing countless autographs for Chinese fans lined up around the block at this event. There is something to be said for a streamer who’s big enough to win over fans around the world, and it couldn’t have happened to anyone more deserving.

The meta at this event was much more enjoyable than the last Blizzard-sponsored Hearthstone tournament we attended in the Bahamas. In March, we were at the end of a standard rotation, with more cards available in the cardpool than any other point in the game’s history. As such, the meta distilled into a rock-paper-scissors mashup of Jade Shaman, Pirate Warrior, and Renolock—with occasional appearances of Reno Mage, Jade Druid, and Dragon Priest filling in the margins.

It was still fun, but the Shanghai bracket just felt more alive. Pirate Warrior was hardly seen in the Bahamas, if it was played at all. It was too strong, and players banned it out as soon as they could. But at HCT Spring, the decisions were far less rote. We saw Control Mage, Token Shaman, two types of Druids, two different Warrior decks, an abundance of Paladins, and someone even brought Priest for some regrettable reason. It really makes you hope that the metagame is this fresh when we hit the World Championship later this year, because it really helps enhance the viewing experience.

Aleksandr “Kolento” Malsh is from Ukraine, so we’re not entirely sure why he was receiving loud cheers from the mostly Chinese audience. Yes, he’s one of the best Hearthstone players the world has ever seen, and yes, his steely blue eyes are lush and enviable, but it was surprising to see how popular he was with the live crowd. All of the Chinese players were bounced early, so maybe people were just looking for someone familiar to latch onto? We aren’t sure, but we do know that Kolento buried pretty much everyone he faced in the pre-match sizzle reel, so maybe audiences just love a Hearthstone heel. After all, he called RDU a “disgrace to the Hearthstone community.” What more do you want?