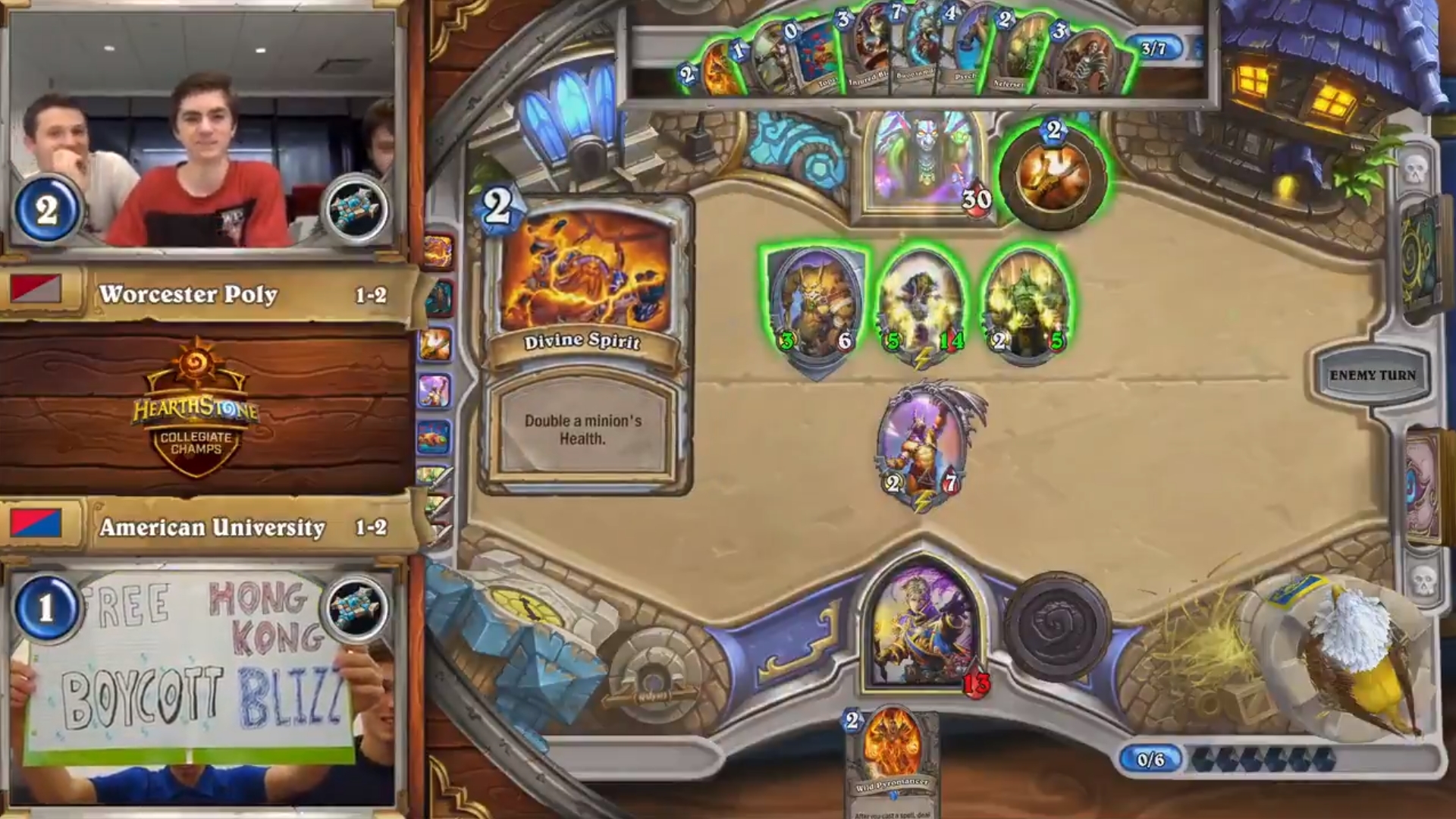 Three collegiate Hearthstone players from American Univeristy who advocated for Hong Kong independence and a boycott of Blizzard have decided to forfeit their remaining games this season, according to the Washington Post.

On Oct. 8, Casey Chambers, Corwin Dark, and Torin W. of American University decided to make a statement. The trio, while facing a team from Worcester Polytechnic Institute in the Hearthstone Collegiate Championship, placed a “Free Hong Kong, boycott Blizz” sign in front of their webcam. The broadcast quickly cut away from the AU students’ camera feed.

But today, Blizzard and Tespa decided to not penalize the students, despite suspending Hearthstone Grandmaster Chung “Blitzchung” Ng Wai for one year for saying the slogan of the Hong Kong protest movement, “Liberate Hong Kong, the revolution of our times” during a Grandmasters stream. Additionally, Blizzard stripped Blitzchung of his prize earnings and fired the two commentators that were interviewing Blitzchung at the time.

The students felt if Blitzchung and those commentators were punished so severely, so should they. According to esports journalist Rod Breslau, the players felt it was “hypocritical” to not levy some punishment against them while Blitzchung waits for his year-long ban to expire.

The Hearthstone Collegiate Championship will run until Dec. 14.