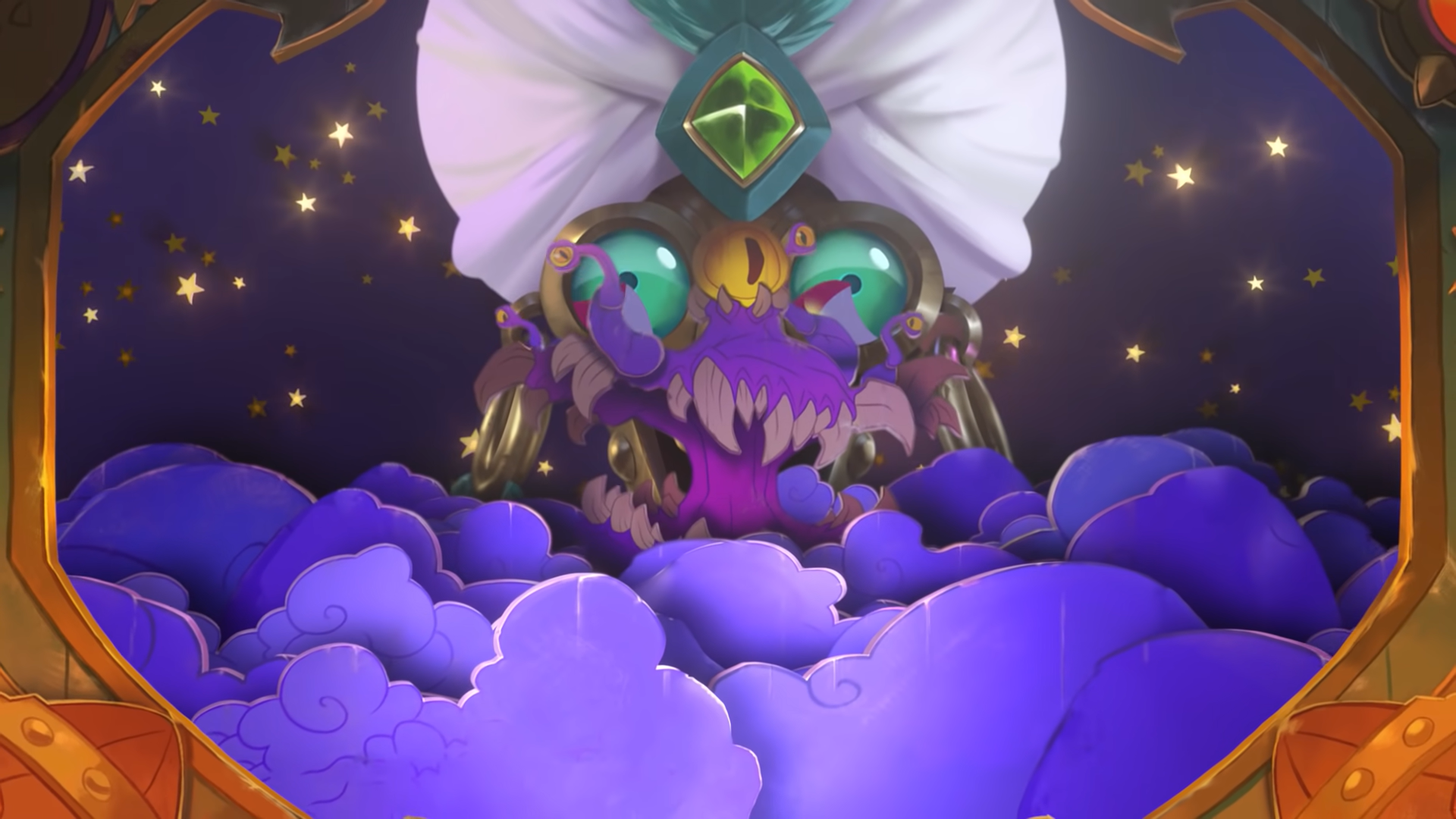 The card reveal season for Hearthstone’s Madness at the Darkmoon Faire expansion is nearing the end of its third day. This reveal is Paladin’s second card revealed for the day, with this one focusing on Silver Hand Recruit support.

Blizzard revealed Balloon Merchant, a rare Paladin minion that costs four mana, has 3/5 combat stats, and a potent tempo Battlecry. When Ballon Merchant is played from your hand, he gives all of your Silver Hand Recruits on board one bonus power and Divine Shield.

Silver Hand Recruit swarm has always been a powerful Paladin strategy within the history of the class. While the archetype hasn’t been viable in recent memory, where it’s currently taking a backseat to Pure Paladin, this card has potential to revive the archetype in standard.

One bonus power and Divine Shield is a strong mix of offense and defense that can oftentimes snowball a strong board into a secure victory. Paladins have already received Silver Hand Recruit synergy within Madness at the Darkmoon Faire during an earlier reveal with Day at the Faire.

If this card doesn’t revitalize Silver Hand Recruit strategies in standard, this could be a potent finisher in the wild format alongside Quartermaster, Level Up, and Sunkeeper Tarim.