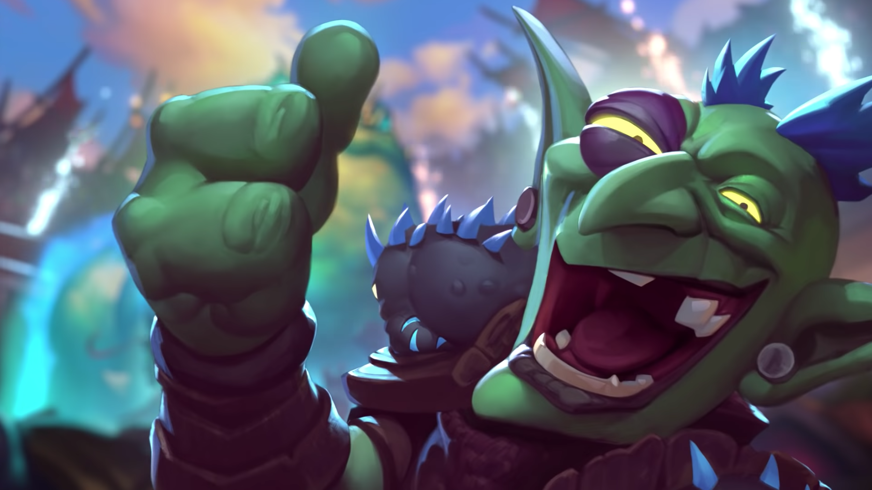 The first card is Mosh’Ogg Announcer, a five-mana Epic neutral minion with six Attack and five Health. Its effect is somewhat strange, though—enemies that attack Mosh’Ogg Announcer have a 50-percent chance to attack someone else.

The second card that was revealed in the blog post is Mark of the Loa, a four-mana Rare Druid spell. You get to choose one of two effects when activating this spell—you can either “give a minion +2/+4 and Taunt,” or you can “summon two 3/2 Raptors.”