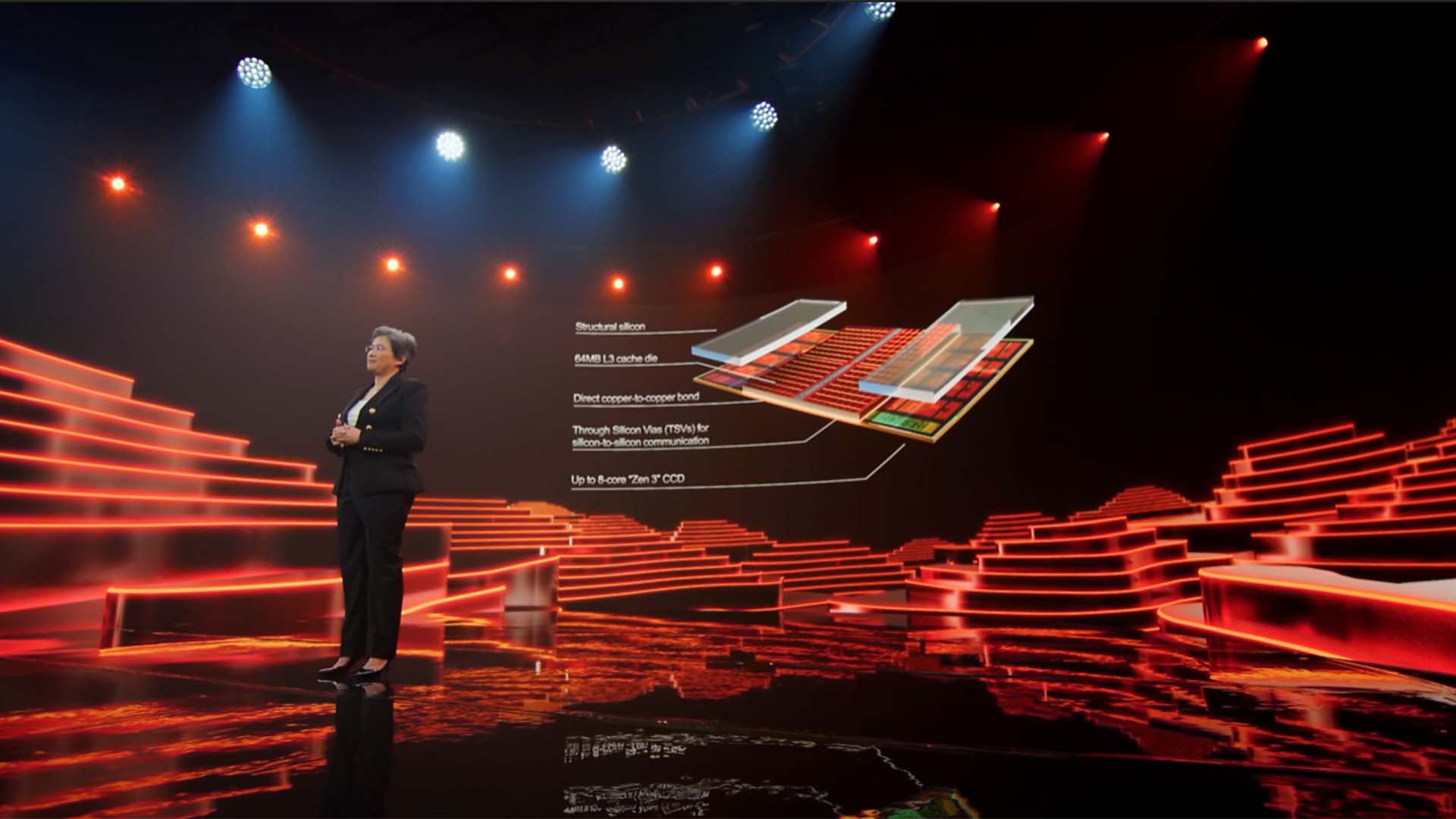 AMD unveiled its first CPU to use 3D V-Cache with the Ryzen 7 5800X3D coming this spring. Although its presentation explained some of the benefits of the new design architecture, AMD didn’t detail what makes 3D V-Cache so unique.

Here’s what you need to know about what 3D V-Cache is, how it works, and how gaming will benefit.

How CPUs use cache

To understand the potential benefits of 3D V-Cache, one must first understand how a processor uses a cache. Caches are like backup storage for memory transference, allowing the processor’s cores to access RAM faster than pulling from the main memory. Think of it as the difference between someone reaching for a bottle of water right next to them and grabbing it from across the room.

Caches range in size and speed, with the L1 cache the smallest and fastest and L3 the slowest and largest. There’s an L4 Cache, but it’s generally uncommon in today’s chip architectures. Each cache feeds into another until it reaches the processor. The caches go in order from L4 to L3 to L2 to L1 to the processor, according to Tech Society.

L3 and L2 caches, although slower, help boost a processor’s performance by acting as a backup. Going back to the water analogy, think of each cache as a person holding water bottles. The person asking for the water can grab it from the water holder closest to them, while the other two supply that person with their reserves when they run out. If the person furthest away has a large stockpile of water bottles, the system works faster due to excess supply and efficiency.

Until recent years, market processing chips could only align these caches laterally, with smaller silicone node dies allowing for more space for cache chiplets. New 3D printing technology now allows for the vertical stacking of caches. 3D stacked cache chiplets increase the available storage for each stack. Using the water bottle example, it’s like the person furthest away had two cases of water instead of just the one.

A 2D cache is limited by the amount of space the chip can provide, with many chips offering 64MB or less of L3 cache on average. But using a 3D stacked cache pushes that total much higher. AMD uses this technique to provide a possible 192MB of total L3 storage with a speed of up to 2TB/s in the upcoming 5800X3D. It achieves this by stacking two layers of 48MB L3 cache together in two chiplets.

Although 192MB is an incredible leap from previous limits, the technology has much more potential. 3D stacking isn’t only limited to the memory cache. Taiwan Semiconductor Manufacturing Company (TSMC) has already proven that it can stack up to 12 layers of silicone on a single chip. In essence, anything from the number of cores in a CPU to GPU performance cores could be 3D stacked.

How gaming will benefit

Gamers with a 3D stacked chip will benefit from the technique’s increased bandwidth. AMD says that its 5800X3D chip offers a 15-percent performance increase over a Ryzen 9 5900 — a chip with more threads and cores. If AMD’s claims are correct, its 3D V-Cache chips provide a half or even a full generational performance uplift without any other architectural changes. Intel also has stacked chips, but it uses a different technique for stacking.

With 3D V-Cache closer to consumers, expect the technology to expand over the coming years. AMD already plans to introduce more 3D stacked chips on its “high-end” products, expanding the possibilities for just how far gaming performance can go.