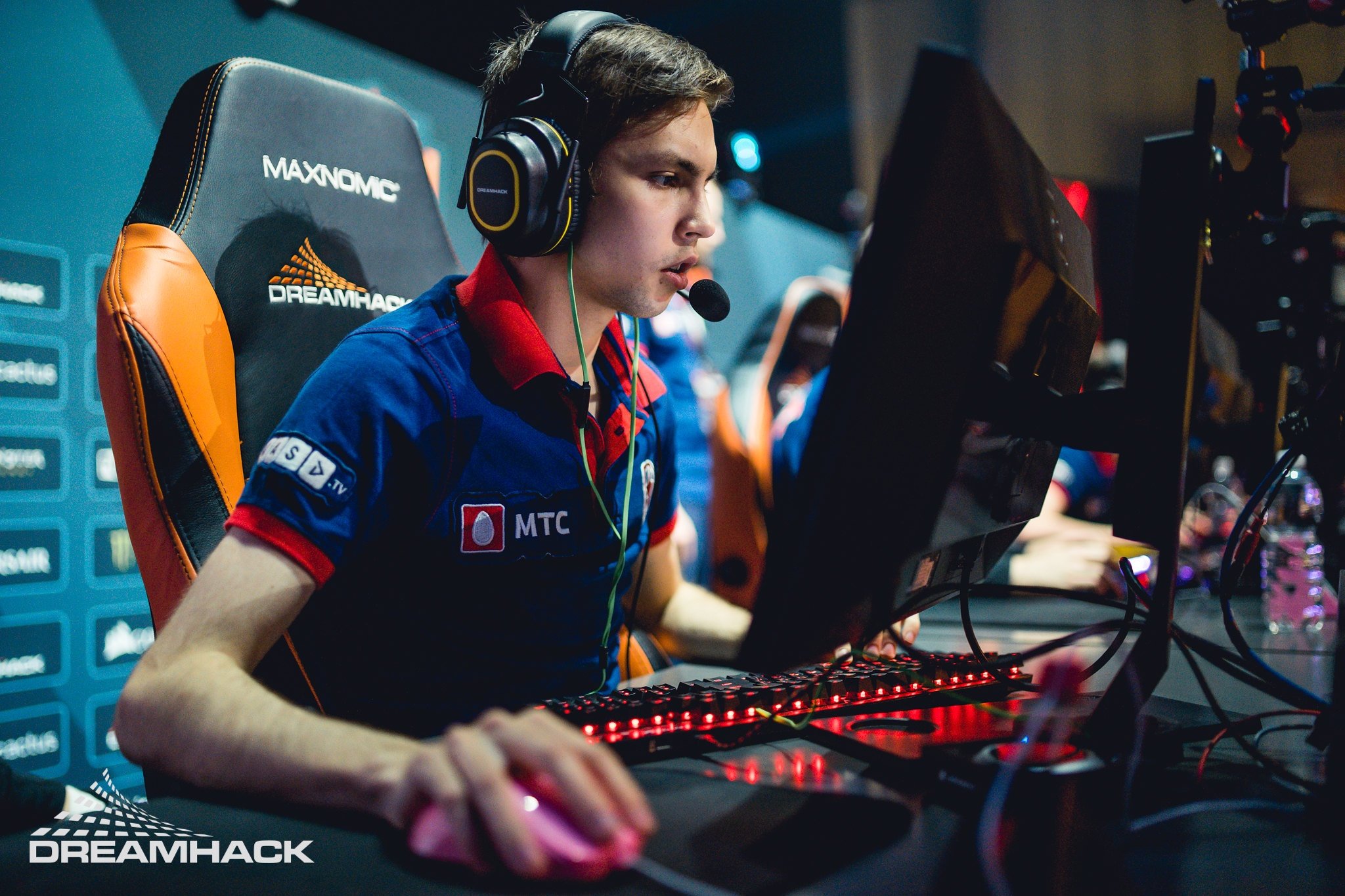 Dmitrij “sh1ro” Sokolow is a Russian CS:GO player who represents Gambit Esports. Apart from competitive play, sh1ro also streams on Twitch and has over 8,900 followers.

His career began in 2018 when he joined the FLuffy Gangsters, but the team broke up after just three months. He then moved to another team called Vyalie Pitoni, which also broke up a few months later. In 2019, he joined Gambit Youngsters and moved to the main squad in 2020.

As part of the main Gambit squad, sh1ro has played in many tournaments with some respectable finishes. Gambit Esports took third and fourth place in the Elisa Invitational Fall 2021 and PGL Major Stockholm 2021, respectively.

This is sh1ro’s streaming setup.

Despite many newer releases from the company, HyperX’s Cloud II is still used by many gamers due to its legendary comfort and build quality.

The Cloud II has subtle styling for a premium gaming headset and can pass for general-use headphones when the microphone is detached. Its headband is made from durable aluminum that extends to the yokes. Unlike many gaming headsets, the oval ear cups are reasonably-sized despite housing 53-millimeter drivers. Each ear cup features soft memory foam padding covered in leatherette for a more comfortable fit.

Like many high-end headsets, the Cloud II offers virtual 7.1 surround sound and a noise-canceling microphone. There aren’t any on-ear controls, but users can adjust the volume and switch the surround sound on and off with the inline controls.

Many competitive players are moving to ultralight gaming mice because they are faster to maneuver. Logitech G’s Pro X Superlight manages to keep its weight down to just 63 grams despite having wireless connectivity.

One of the ways Logitech G keeps the weight down is with a relatively basic design. It has a symmetrical shape with the left and right-click buttons, a scroll-wheel, and two buttons on the left side. Unlike the original Pro Wireless mouse, there is no unnecessary RGB lighting.

For such a lightweight mouse, the Pro X Superlight has the performance to rival many heavier rivals. It uses Logitech’s flagship HERO 25K sensor capable of 25,000 DPI and has a 1,000Hz report rate. Since there’s no dedicated button, users have to adjust the DPI and create user profiles with the G HUB app.

Compact keyboards are another trend sweeping across the gaming world. Xtrfy’s K4 TKL cuts out the number pad for a more compact tenkeyless (TKL) design. The compact design is beneficial to players because it is easier to transport and allows more room for mouse movement.

The construction of the K4 TKL is hit and miss. While the keyboard has a metal plate construction, the exterior is plastic. Instead of a detachable cable like many rivals, the K4 TKL has a fixed braided cable connected to the center of the keyboard. On the other hand, this keyboard uses durable Kailh Red switches rated for around 70 million clicks.

The BenQ Zowie G-SR only comes in two colors. The full-black color scheme is available in both sizes, while the blue theme is exclusive to the large size.

The BenQ ZOWIE XL2546K is a high refresh-rate monitor designed for competitive gaming. It has a 24.5-inch Twisted Nematic (TN) display with a 240Hz refresh rate and a one-millisecond response time.

For a high-end monitor, the ZOWIE XL2546K has subtle styling. There’s no RGB lighting, and it only has discrete red accents to break up the all-black look. Another design feature to differentiate it from other gaming monitors are the removable shield on either side that block unwanted light and reflections from interfering with the gaming experience.

One of the standout features of this monitor is the S-Switch controller. This mouse-like device sits on the desk and gives users quick access to the monitor’s settings and profiles.

Nvidia’s GeForce RTX 2080 was released in 2018 and is part of the company’s older Turing architecture. Despite its age, the RTX 2080 can still handle most games and is capable of 4K resolution and ray-tracing.