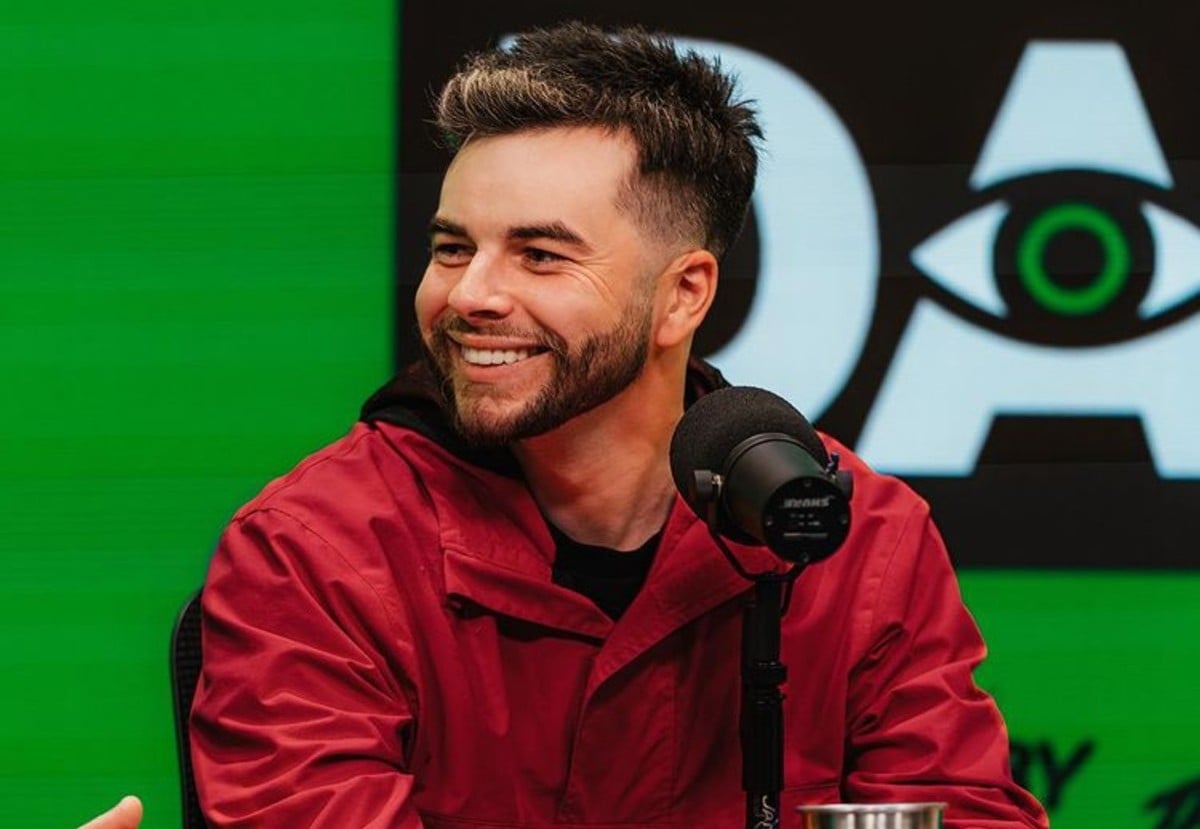 Matthew “Nadeshot” Haag made his name as part of OpTic Gaming’s winning roster at the Call of Duty XP 2011. He went on to win a gold medal at the MLG X Games Invitational 2014.

After several seasons with OpTic, Nadeshot founded 100 Thieves. The organization currently has teams competing in popular esports titles like League of Legends, VALORANT, Fortnite, and Call of Duty.

Apart from being the CEO of 100 Thieves, Nadeshot is also a popular Youtuber with over three million subscribers, and his Twitch stream has over 1.7 million followers.

Nadeshot’s monitor of choice is the BenQ ZOWIE XL2540. It’s a 24.5-inch monitor with a twisted nematic (TN) panel offering Full HD 1920×1080 resolution. Although newer monitors surpass the 240Hz refresh rate, the XL2540 is still fast enough to display games in superb clarity. Other features that improve the visuals are the one-millisecond response time and G-Sync compatibility.

When it comes to design, the XL2540 is more about function than looks. One of its standout features is the S controller. This mouse-like device sits on the base and allows users to switch between profiles and change settings on the fly. Another great feature is the removable wings that block out unwanted distractions. Users can adjust the height at the touch of a button, and it also has tilt and swivel functions. The connectivity options include a DVI port, two HDMI ports, and a DisplayPort 1.2. There are also two USB ports and the audio in and out ports.

Razer’s DeathAdder range achieved legendary status due to its near-perfect blend of comfort and performance. The DeathAdder V2 continues the tradition with updated specs and lighter weight.

Some of the DeathAdder V2’s best features are the optical switches and the Focus+ sensor. Optical switches work by allowing a beam of light to pass through a shutter when the button is clicked. They have a fast response time of just .02 milliseconds and an expected lifespan of 70 million clicks. The Focus+ sensor on the DeathAdder V2 reaches up to 20,000 DPI  and a tracking speed of 650 IPS.

Comfort is another strong point of the DeathAdder V2. It’s an eight-button ergonomic mouse designed for right-handed players. The DeathAdderV2 has the usual left and right mouse buttons, two side buttons on the left, and the scroll wheel. Buyers can use the two buttons behind the scroll wheel to adjust the DPI on the fly while they play.

The JBL Quantum One is the company’s flagship gaming headset. Many premium gaming headsets have moved toward subtle branding and no lighting, but the Quantum One clings to the past with huge JBL logos and prominent RGB lighting on the earcups. At 13.7 ounces, its weight can become a burden during extended gaming sessions.

Performance is more important than looks, and that’s where the Quantum One shines. It has 50-millimeter drivers with active noise cancellation (ANC) and virtual 7.1 surround sound. PC players have access to the included USB audio mixer and the QuantumENGINE app. This app allows players to tinker with the equalizer settings and create different profiles. Console players are limited to using a 3.5-millimeter cable with reduced functionality.

SteelSeries is renowned for its mice and headsets, but it also makes the QcK mousepad. The QcK has a micro woven cloth surface and a rubber base for better grip. Micro woven cloth is a synthetic material with high thread density. This material is ideal for mouse pads because it offers low resistance and allows the mouse to glide smoothly.

QcK mouse pads come in many sizes to appeal to a variety of users. They start at 9.8 by 8.2 inches and go all the way up to 63 by 31.5 inches. Apart from the various sizes, the QcK mouse pads also come in different thicknesses ranging between two millimeters and six millimeters. The Prism versions even feature RGB lighting along the edges.

Nadeshot uses the Ducky One 2 Mini v2 as his preferred keyboard. This 60-percent keyboard has a compact design that removes the unnecessary Numpad, arrow keys, and navigation keys. Its compact size frees up desk space and makes it easy to transport.

The main benefit of the Ducky One 2 Mini v2 is its mechanical switches. Many competitive players prefer mechanical switches because they are faster and have more pronounced feedback than membrane keys. Ducky’s One 2 Mini v2 is available with a wide range of switch choices so users can customize the feel and actuation point of their keyboard. Some of the available switches include the Cherry MX, Gateron, and Kailh brands.

The Shure SM7B is popular with streamers, casters, and other professionals who need optimal voice recording. Instead of capturing sounds from all directions, this cardioid microphone captures sounds directly in front of it and blocks background noise. The microphone also has a built-in electromagnetic shield that filters out the hum from monitors and PCs.

Another reason for the SM7B’s popularity is its sturdy construction. Its case is made from a mix of aluminum and steel, and it comes with a foam windshield and a shock mount. If the cartridge gets damaged, replacements are readily available online.

Sony’s a7S II ILCE7SM2/B mirrorless camera uses a 12.2 megapixel (MP) Exmor complementary symmetry metal-oxide-semiconductor (CMOS) sensor and five-axis image stabilization to ensure all recordings are clear and focused. Nadeshot uses this camera because it records in 4K UHD resolution at 30 frames per second (fps) and Full HD at 120fps. It’s also possible to record in slow-motion or reduce the fps to save storage space.

Nadeshot adds the Sony Vario-Tessar 16-35 millimeter lens to take wider angle videos. This lightweight lens weighs 18.3 ounces, measures 3.07 by 3.88 inches, and is built specifically for Sony cameras by Zeiss. Its focal length ranges between 16 and 35 millimeters with angles of view between 63 and 107 degrees, making it excellent at getting those wider shots.

The Joby GorillaPod SLR Zoom is an innovative tripod with flexible legs that can latch onto different objects. Each leg consists of nine joints made out of plastic and rubber with a rubberized foot at the end. There are rubber rings around each joint to add extra grip. When the tripod is used to its full potential, it can wrap around anything from tree branches to light posts with an iron grip, keeping the camera securely mounted. Its flexible legs also allow it to balance on an uneven surface.

Joby’s GorillaPod SLR Zoom is easy to maneuver and has a unique design. It weighs just 0.88 pounds, but it can hold a camera weighing up to 6.6 pounds. Users can install their own ball head to mount the camera or buy one from Joby. The Joby ball head is designed for the tripod and has a built-in spirit level to ensure all shots are at the correct angles. This model is discontinued, but there are newer models listed on the Joby website.