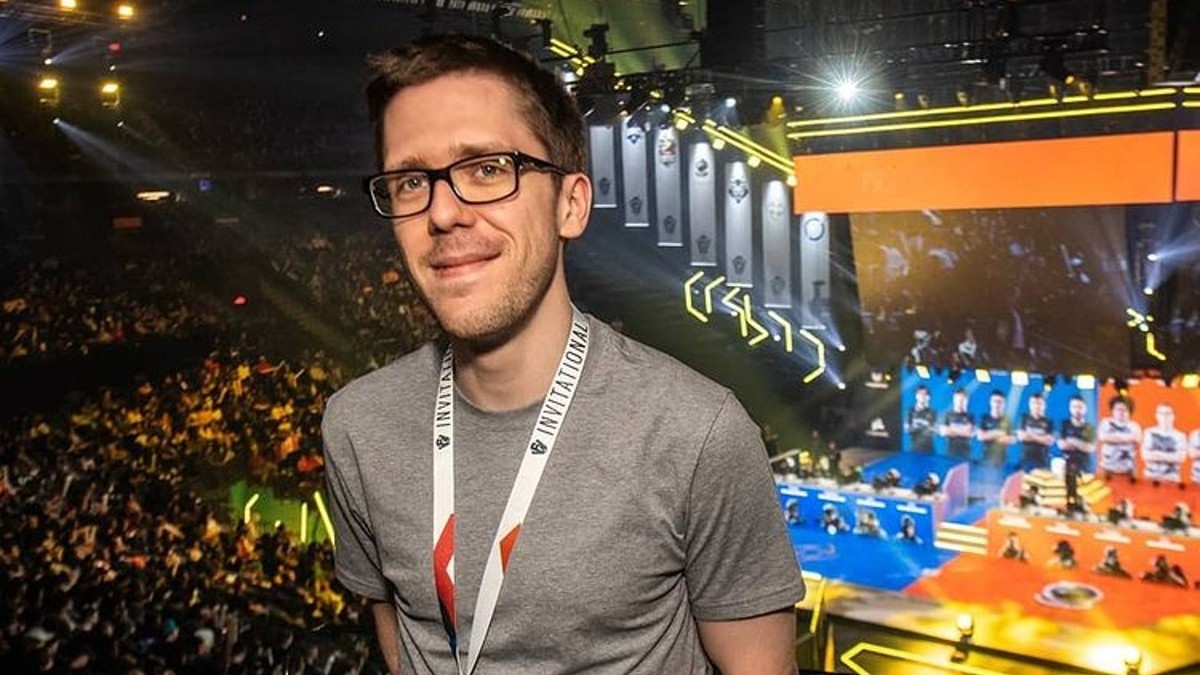 MacieJay is an American Rainbow Six: Siege streamer. He has a massive 1.45 million Youtube subscribers and over one million Twitch followers.

Before becoming a full-time gamer, MacieJay studied at college and supplemented his income by working in a store. He started playing Rainbow Six in late 2015 to pass the time after breaking his leg in a skateboarding accident.

By early 2016 started uploading content to Twitch and quickly gained a considerable following due to his gameplay and persona. In 2020 MacieJay joined Team Solomid’s (TSM) streaming team.

This is MacieJay’s streaming setup.

The SteelSeries Arctis Pro + GameDAC is known for its outstanding comfort and sound quality. It features a ski goggle adjustment system with a velcro strap to get the perfect fit. The earpads also have soft memory foam cushioning covered in leatherette.

Where the Arctis Pro + GameDAC stands out from most gaming headsets is its ability to play high-res audio formats. Hi-res audio formats have higher sampling rates and better audio quality than compressed formats like MP3 and AAC.

Logitech G’s Pro Wireless mouse is the company’s top-of-the-range gaming mouse designed for competitive gamers. It has an ambidextrous design with a symmetrical shape and buttons on both sides for left and right-handed gamers.

Everything about the Pro Wireless mouse is geared towards performance. It features Logitech’s HERO 25K sensor that goes all the way up to 25,000 DPI and the company’s LIGHTSPEED technology for a one-millisecond response time. Users can also adjust the dpi settings and create up to five profiles with the G HUB app.

The Logitech Pro Mechanical is a compact tenkeyless (TKL) keyboard. It cuts out the numberpad for a smaller design that’s easy to transport and allows more space for mouse movement.

One of the standout features of the Pro Mechanical is its switches. Logitech includes the Cherry MX clone GX Clicky Blue switches for better responsiveness and reliability. Apart from the switches, each key has vivid individually addressable RGB lighting that’s configured with G-HUB.

The Asus VG248QE 24 is a 24-inch monitor capable of Full HD 1080p resolution from its twisted nematic (TN) screen. Its 144Hz refresh rate is low compared to newer monitors, although the 1ms grey-to-grey response time is good for video games.

Most of the ports are also outdated and don’t support the latest standards. There’s a single DisplayPort 1.2 and an HDMI 1.4 port. Other ports include a DVI port and the usual audio ports.

All the models in the Gigantus range have a cloth surface with a non-slip rubber base. Smaller versions like the Medium are thin at 0.12 inches (3.0 millimeters), while the 3XL is thicker at 0.15 inches (4.0 millimeters).

Samsung’s 850 PRO comes in various sizes, including 256GB, 512GB, 1TB, and 2TB. The 256 and 512GB models are adequate for running operating systems but aren’t enough for massive game installations. Gamers with big gaming and media libraries are better off with the 1TB or 2TB options which offer more space.

As an older solid-state drive (SSD), the 850 pro offers slower speeds than its modern counterparts. It’s capable of read speeds of 550MB/s and write speeds of 520 MB/s. It can’t touch the speeds that newer NVMe drives can accomplish, but until technologies like DirectStorage become more common among PC games, the 850 Pro’s speeds are more than sufficient.

MacieJay uses the Western Digital 2TB WD Blue as his main storage drive. The 2TB of storage space is enough for most media and gaming libraries, but its slower speeds aren’t the best for running an operating system.

The 2TB WD Blue comes in a couple of options, and users can choose between the faster 7200 RPM version or the slower 5400 RPM version. Both versions are available with either 64MB or 256MB cache.

The Corsair CX750M has a modular design, so there are no unnecessary cables cluttering up the case. Its 750-watt power output should also be enough to run most standard gaming PCs without a problem.

Logitech’s C920 is popular amongst streamers for its high-resolution images. It has a wide 78-degree field of view and allows video recording in 720p and 1080p at 30 frames per second. There’s also a privacy shutter to prevent unwanted attention when it’s not in use.

For a webcam, the C920 has decent sound quality. There are microphones on both sides of the camera lens to capture voice recordings from multiple directions.

The Blue Yeti USB Mic is easy to connect to PCs and laptops and offers and gives users four pickup patterns to choose from. These patterns include bidirectional, omnidirectional, stereo, and cardioid. Most streamers use cardioid because it only records sound from the direction of their voice and disregards sounds from other directions.

Another strong point of the Yeti USB Mic is its construction. It’s made from steel and comes with a built-in stand. Most streamers forgo the stand in favor of a more flexible boom arm.

Rode’s PSA 1 is the go-to boom arm for Streamers like MacieJay, Jarvis, and AuronPlay. It’s compatible with most microphones, supports a minimum weight of 1.54 pounds (700 grams), and has a maximum capacity of 2.42 pounds (1,100 grams).

The PSA 1 is also popular for its long reach and stability. Once it’s attached to the desk with either a C-Clamp or grommet, it stays in place and doesn’t require repositioning. The long spring-loaded arms make it easy to move the microphone in and out of position with a vertical reach of 32.2 inches (820-millimeters) and a horizontal reach of 32.6 inches (830 millimeters).

The Intel Core i7-7700K is part of the company’s 7th-generation processors that use the LGA socket 1151. At its release, the Core i7-7700K was the most powerful chip in Intel’s lineup, with four cores and a base clock speed of 4.2 GHz.

Since it’s no longer in production, buyers can choose the more up-to-date 11th or 12th-generation CPUs — or their AMD equivalents — if they want to build a gaming PC.