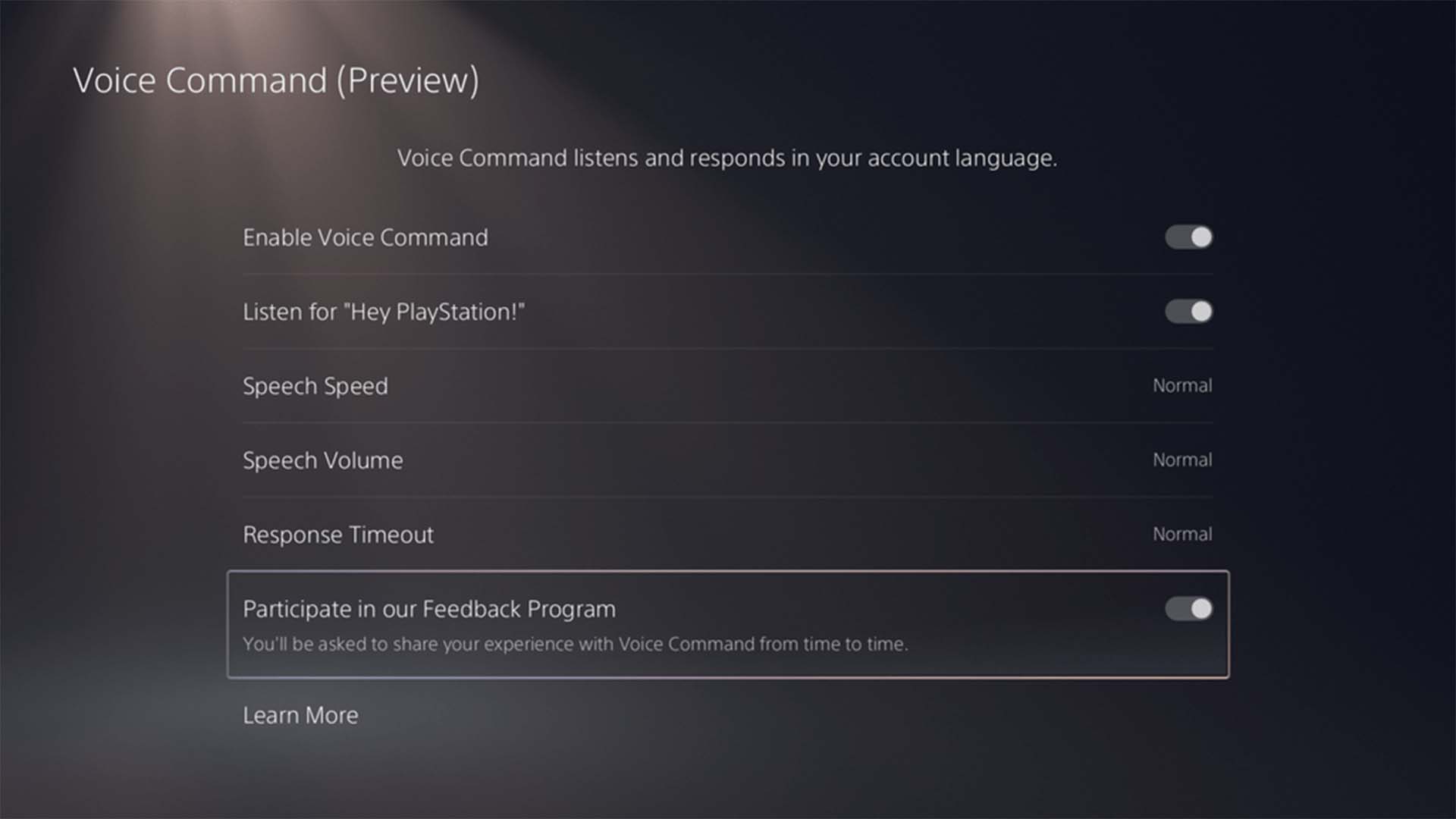 The new PlayStation 5 beta comes with several new features and updated systems, but some of the most significant additions are the new voice commands. Sony’s first version of voice commands first appeared on the PlayStation 4.

Like on Xbox One, users could navigate to and open different games and media, but it was less intuitive since it required a separately connected mic to work. With this new beta version on PS5, users will still need a microphone but can use the one inside the DualSense controller. Here is how to test the voice commands on PS5.

To enable the voice commands, go into the Settings menu and look for the option that says “Voice Command (Preview),” and enable the slider in its tab. There are various options to customize how the system listens for vocal input.

Options include how fast, loud, and long the PS5 will listen for once it activates. An option is also available for Sony’s feedback program, which collects user voice samples occasionally to improve the feature. Beta testers can turn this option off at any time for those who choose not to participate.

With voice commands enabled, saying “Hey, PlayStation” either into the DualSense microphone or an applicable connected device will activate it. The system will provide some suggestions to try out with the console. Currently, the user can open apps, games, or settings in addition to video or music playback control. More functions with voice may appear in future tests as the feature is in the early part of testing, according to Sony.