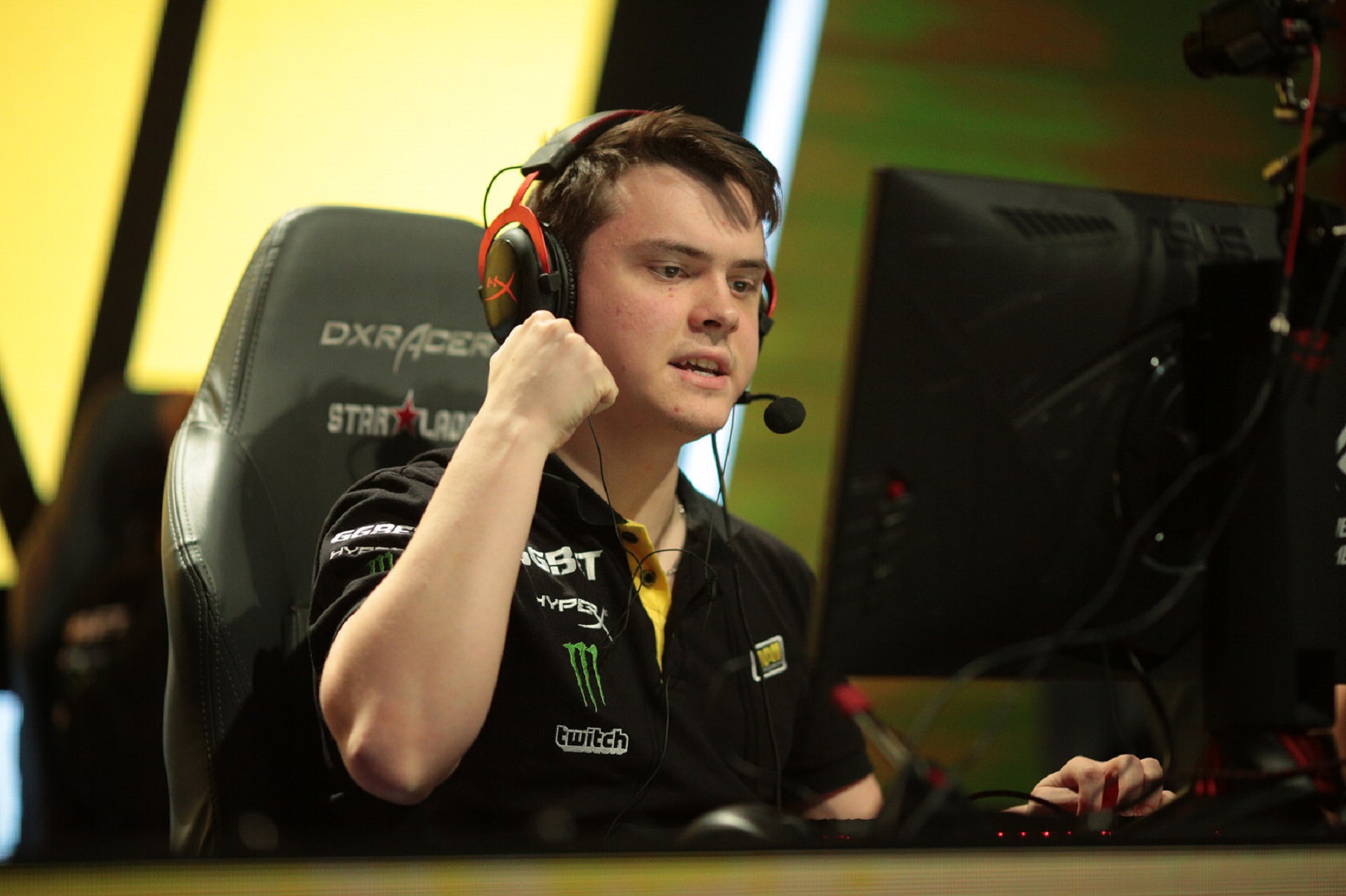 Denis “electronic” Sharipov is a professional CS:GO player currently playing on Natus Vincere. Since electronic made his way into the professional scene in 2015, he’s been a solid rifler winning over nine premium tournaments. Electronic has over 55,000 followers on Twitch and never fails to give his fans a good show. Below is electronic’s streaming setup for CS:GO.

The Logitech G Pro X is a wireless headset that’s durable and light with a frame made of aluminum and steel. Additionally, its comfort is enhanced with its memory foam earpads wrapped in leatherette, making it comfortable for long play sessions.

In terms of audio quality, the Logitech G Pro X provides 7.1 surround sound. Surround sound is an outstanding feature for competitive FPS games. Players need to pinpoint where the sounds around them are coming from. Additionally, the 50-millimeter drivers decrease distortion of sounds giving a smoother frequency response at higher and lower sound levels.

Most importantly, the Logitech G Pro X is a gaming headset designed to provide a reliable voice chat experience. It features Logitech’s Blue Voice microphone that lets users adjust their mic and incoming voice communications. Adjustments such as noise filtering and compression can make voices easier to hear and distinguish in-game, making it perfect for team-based multiplayer.

Logitech G designed Pro Wireless with esports in mind. Logitech developed this mouse in close collaboration with some of the best professional gamers the scene has to offer. The Logitech G Pro is lightweight at around 80 grams with an outer shell at 10-millimeters thickness. A light mouse is perfect for FPS players who make swift movements to line up a perfect shot. The Logitech G Pro also has a solid battery life at about 48 hours with RGB activated and 60 without.

No matter how light a mouse is, it’s useless without a quality sensor. The Logitech G Pro has a HERO 25K optical sensor that’s accurate up to 400 inches per second (IPS). The high IPS complements the mouse’s lightweight design to allow for precise movements at high speed, making it excellent for flick shots in games like CS:GO.

Additionally, the Logitech G Pro is fully customizable using the Logitech G Hub software, where users can change their DPI, map their mouse buttons, and adjust their lighting. Finally, a major quality of life feature of the Logitech G Pro is the onboard memory. Onboard memory keeps the user’s settings no matter the computer it’s connected to. This is useful for players, especially those in the esports scene, who frequently move from one PC to another.

While it may be small in stature, it’s still big on brightness. The Logitech G Pro X features Lightsync RGB keys and 12 programmable F-key macros that can be customized using the Logitech G Hub.

Unlike many mechanical keyboards, the Logitech G Pro X is ergonomic and can be adjusted to three different positions. Additionally, it has rubber feet that keep it from slipping during gameplay. Finally, its detachable cable makes it great for traveling. These features make the Logitech G Pro X a perfect keyboard for gamers who frequently travel with their keyboard.

Users can also adjust the RGB G logo on the pad between 16.8 million colors. It can even be synced to a Logitech mouse using the Logitech G Hub software. Additionally, the pad is also customizable, with the choice of using a cloth or hard pad as a mouse surface.

The BenQ Zowie XL2540 is a 24.5-inch monitor with a high refresh rate of 240Hz. The high refresh rate keeps the monitor in sync with electronic’s high FPS gameplay. Because CS:GO can run well on almost any system, many users can get the most out of this 240Hz monitor when playing.

In addition, the BenQ Zowie XL2540 has a standard one-millisecond response time, black equalizer technology, and other customizable settings. The black equalizer and customizable color settings allow users to sharpen colors to see enemies in the shadows. BenQ Zowie’s XL2540 has two removable flaps on each side of the monitor that gamers can use to block out the visuals in their peripheral. It also features an S-switch that rests on the bottom of the monitor, letting users instantly change their display profiles and adjust settings.

Unfortunately, the BenQ Zowie XL2540 maxes out at 1080p, which is fine for gamers like electronic, who play at a lower resolutions, but users that want a 1440p or 4K image will be disappointed by this monitor.

Although the RTX 2080 Ti has been superseded by the 3080, it still packs a punch. It has 11 gigs of GDDR6 memory with a clock speed of 1,635MHz. Additionally, it’s capable of harnessing the most powerful performance techniques Nvidia has to offer. This includes being able to produce real-time ray tracing and make use of DLSS 2.0. Ray tracing produces physically accurate refractions, shadows, and reflections.

However, these features are useless for competitive gaming. The 2080 Ti gives CS:GO players incredibly high frame rates far above 500, vastly exceeding the 240Hz limit of the accompanying monitor. Because professional gamers such as electronic play low-intensity games on low resolutions, the 2080 Ti is a bit over the top.