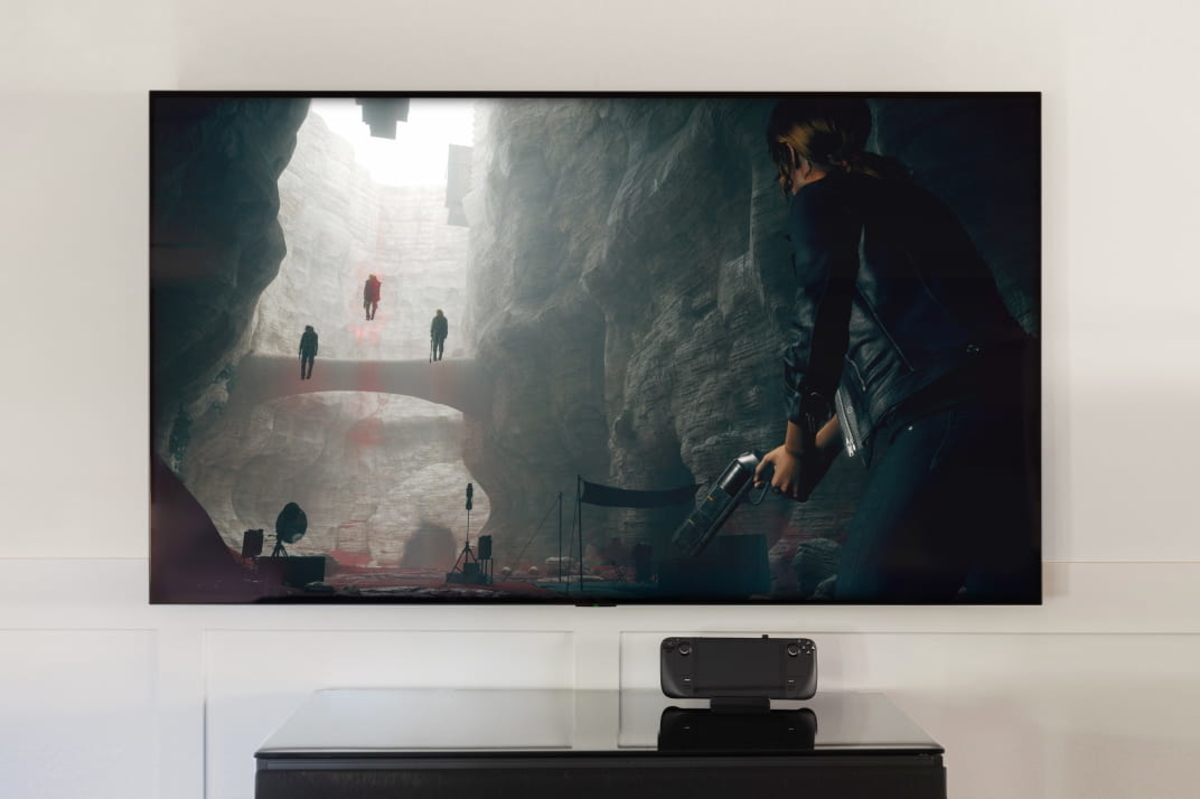 Valve unveiled its upcoming foray into mobile gaming with in the form a new console called the Steam Deck, and it can do just about anything you might want.

Not only can the Steam Deck be used on the go, but its special dock also serves as a USB-C hub that allows you to connect it to any number of peripherals. While on its official dock, the Steam Deck can connect to any TV that has DisplayPort 1.4 or HDMI 2.0 connecting abilities.

Additionally, the Steam Deck’s bluetooth and Wi-Fi capabilities may also be an avenue for connecting it to a smart TV, the same way that you might use a phone or ipad to broadcast something.

The official dock for the platform is set to be sold separately from the console itself according to Steam Deck’s official website, and the exact specs of the dock may change. Current specs for the dock include a USB 3.1 port, two USB 2.0 ports, as well as an Ethernet port on top of its pair of display ports.

With an abundance of ports, Valve even suggests that Steam Deck owners will be able to use a mouse and keyboard setup for their console and treat it like a normal PC. Gamers can start reserving their Steam Deck tomorrow at noon CT, and the consoles are set to be shipped out to customers beginning in December. The price of the Steam Deck ranges from $399 to $649.