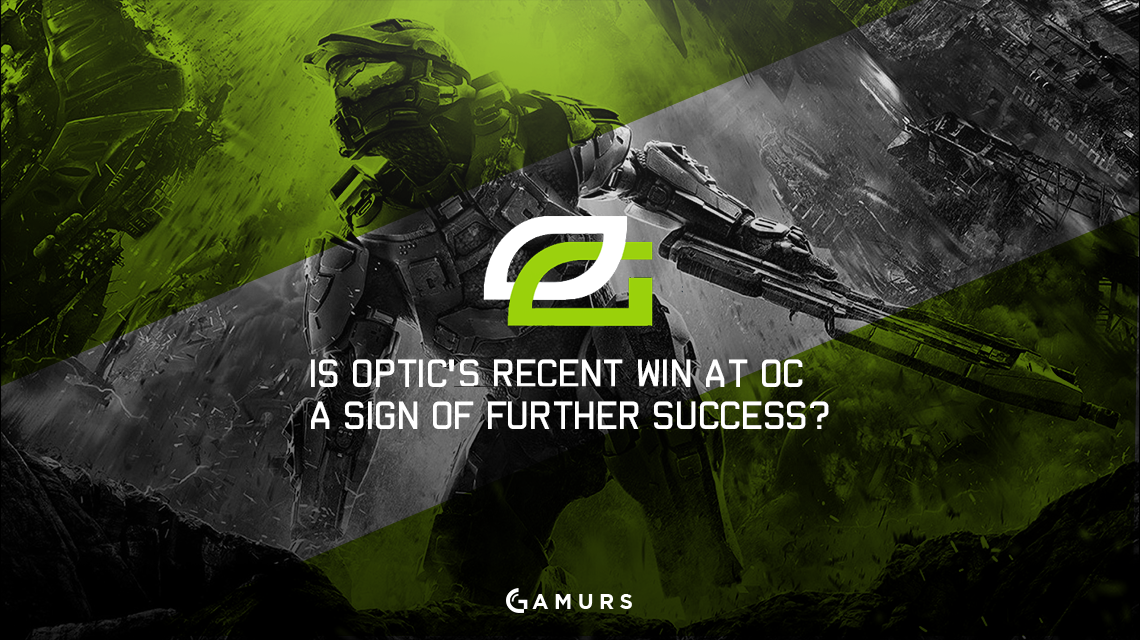 Ever since OpTic Gaming’s recent acquisition of Counter Logic Gaming’s former Halo team, the bar has been significantly raised for the club as the most dominant Halo team competing in the Pro League is now representing the Green Wall. Everyone at OpTic, including the management, players and fans, has high hopes since this team performed so well under CLG.

Yet, everyone was wondering if the team would be able to produce the same level of success under OpTic, and their recent win at HCS Orange Country is meant to be a testament to this. However, with a few pro teams not competing in this event, as well as an additional poor turnout in teams making the competition relatively lackluster, is this truly a sign of further success, or just a victory we will soon forget about?

When looking at OpTic Gaming’s overall performance as a unit, I saw the typical dominant play I grew to expect from this team. They almost alway made the right plays, having remarkable teamwork and maintaining their composure in heated moments, which is what drove this team. All three of these aspects were demonstrated exceptionally well.

If anything, this team looked better on LAN than online, which should be frightening to every team considering that very few teams in my opinion can even touch them online. OpTic did everything they needed to do to win this event and their performance should not be questioned.

Although OpTic performed very well at this event, I can’t say the same for their competition. The amateur teams at this event for the most part looked very weak, which should be expected considering that this was an open event and most teams competing tend to be a bit underdeveloped compared to the winning teams. However, when you have such a poor turnout, this potentially becomes a pretty large problem as the gap between the best and the worst teams may become bigger, like it did at this event, and we ended up not having many teams that were decent enough to put up a good fight against the best squads.

Even some of the pro teams who competed in this event, such as Team EnVyUs, didn’t perform as well in Orange County as they typically do online. Although they were able to fight their way into the grand finals, they demonstrated a very weak performance that ultimately led to OpTic Gaming beating them 4-0 in that series; definitely not the nV I was expecting to see at this event.

Several pro teams, such as Evil Geniuses, Team Allegiance and Luminosity Gaming, didn’t compete at Orange County. Although Team Allegiance may not have had much of an impact in the competition, as they have been performing very poorly in the Pro League with a record of 1-5, LG and EG are two of the top competitors in the Pro League. Thus, there is no doubt in my mind that they could have had a drastic effect on the competition if either of them competed. I would have personally loved to see EG take on OpTic somewhere in the tournament.

There is no argument that OpTic executed phenomenally at this event and they definitely earned this victory. However, factors such as lackluster competition and a lack in Pro League teams that in my opinion could have put up a great fight against OpTic, slightly deteriorates the value that this event win has.

In my opinion, there are just way too many conflicting factors that greatly affected the competition to the point that I cannot consider this a true testament that OpTic’s Halo team will carry on the same success they had with CLG. I am in no way saying that they won’t do such a thing, however, I am saying that this event, due to all the conflicting factors, deteriorated the meaning that came with this win, therefore not making it a true testament to their skill in my eyes.

What do you think about OpTic’s recent win at Orange County? Let me know in the comments section below or tweet us @GAMURScom.