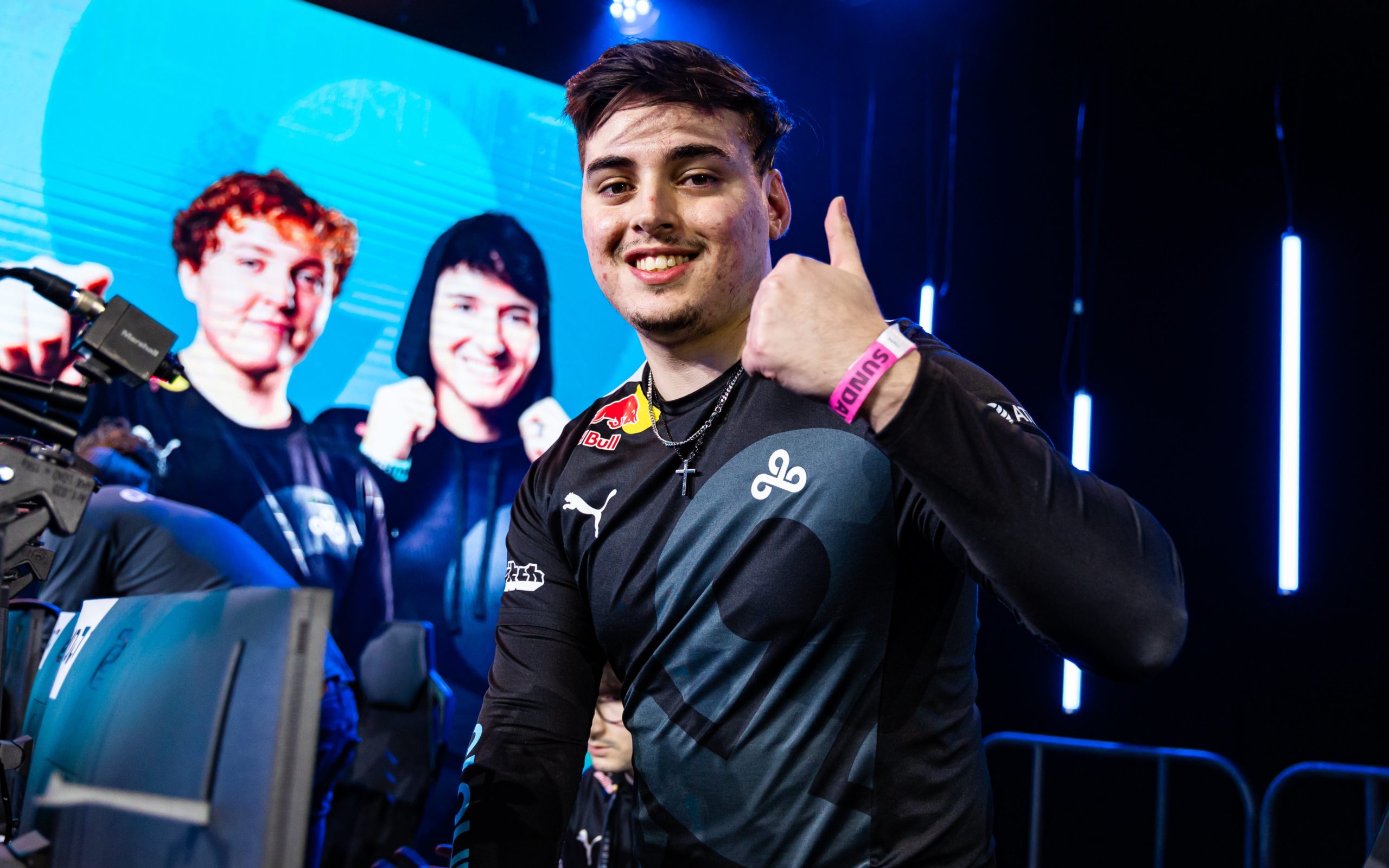 Day two of 2022’s first Halo Infinite LAN tournament set the stage for a clash of the titans on Championship Sunday, with OpTic Gaming, Cloud9, Pioneers, eUnited, G2 Esports, and Sentinels within reach of the championship. HCS Anaheim’s first day of bracket play would cut the field down from 16 teams to a final top six. Many of the results matched up with predictions from before the start of the weekend. However, disappointing early exits for favorites like FaZe Clan gave a few unexpected teams a chance at glory.

OpTic and Cloud9’s rivalry has been apparent since the first online tournaments in Halo Infinite, OpTic dominant until the first HCS Major in Raleigh. C9’s streak of victories has been unmatched since then, and teams such as eUnited and FaZe surpassed OpTic to regularly take up the remaining podium spots. But the OpTic of HCS Anaheim is back to full strength, on the cusp of an opportunity to take the top step once more.

Cloud9 and OpTic’s long-hyped match in the winners’ final may be the talk of the town, but day two’s storylines extended far beyond the reunion of the launch day rivals.

Here are all the winners and losers of Saturday at HCS Anaheim.

Despite their dominance in the early months of Halo Infinite’s lifespan, OpTic have been struggling to reclaim their throne. An unexpected top-six finish at HCS Raleigh would mark the beginning of a rough period for the team throughout January. They had been predicted to win the tournament, but instead fell to Sentinels in the elimination bracket.

Their run at HCS Anaheim has displayed a revitalized OpTic roster, taking a flawless set of victories in pool play on day one and wins against eUnited and Sentinels on day two to reach the winners’ finals. The revenge on Sentinels is particularly sweet, defeating the now full-strength roster (with Royal2 back from suspension) in a brutal 3-2 series.

Lucid was a standout player throughout Friday and Saturday, maintaining a K/D above 1.3 in every essential series against their partnered competitors.

C9 haven’t lost a single set of Halo since the early days of Infinite. Their dominance in Raleigh continued through to the HCS Pro Series, and they show no signs of slowing down at HCS Anaheim.

Despite finding themselves in the winners’ finals against OpTic, their tournament results haven’t been as smooth as expected from the current kings. Fnatic have struggled to break into the top eight throughout their tournament careers, but still took C9 to a full five games. C9 only narrowly defeated them 3-2, and despite a convincing win over Pioneers 3-1 in the winners’ semifinals, it remains to be seen how strong the C9 roster will be against their resurgent opponents in OpTic.

With another trophy in arms’ reach, the resilience of C9 may be a key factor in deciding who wins it all. Unexpected map losses on Friday and Saturday may seed doubt, but the C9 that plays on Championship Sunday is a different beast entirely.

Few fans knew much about the Fnatic roster going into the weekend. The final partnered organization to pick up a team, questions surrounded how much success Fnatic could see with the options available. Early results in the HCS Pro Series were not promising, losing to teams such as BuiltByGamers and Sentinels in the top 12 bracket.

However, pool play at HCS Anaheim proved to be the beginning of Fnatic’s Halo Infinite story. After securing second in Pool B, a victory against UYU in brackets gave them a chance to battle against reigning champions Cloud9. Considering C9’s defeat of Sentinels 3-0 in pools, they were expected to handily take the win over Fnatic. Instead, Fnatic almost defeated C9 in a nail-biting five-game set, only narrowly missing out on the opportunity to send C9 to the elimination bracket for the first time since before HCS Raleigh.

While Fnatic would take an unfortunate exit in the subsequent series against XSET in the elimination bracket, the level of play they showed against the tournament favorites was unexpected. They displayed a potential skill ceiling that could see this roster of rookies competing for the top step come the Kansas City HCS Major, with SuperCC and Envore as notable standout players in the clutch moments.

Improvements to their tournament placements during the HCS Pro Series translated into success on day two of Anaheim, taking their first match against Esports Arena Red 3-0. Despite a reverse-sweep defeat to Pioneers 2-3, their elimination bracket games against Oxygen Esports and XSET showed no signs of a crushed mental game. They defeated both teams in swift 3-0 sets and are now slated to face Sentinels for top four. With Sentinels coming off the back of a difficult defeat to OpTic, G2 have the chance to deliver an upset early on Championship Sunday.

From their introduction in HCS Raleigh, Pioneers have been a thorn in the side of Halo Infinite’s partnered organizations. Consistently fighting for the podium in the HCS Pro Series against FaZe, OpTic, and eUnited, Pioneers came into Anaheim as a serious contender for a top-three finish.

Defeating eUnited on day one to secure first in their pool, day two saw more of the same success. They defeated G2 in a 3-2 reverse sweep to take on C9 in the winners’ semifinals. While they only took one map off of the number one seed before falling 1-3, they had done enough to secure themselves a top-six finish at worst. They will rematch eUnited for a chance at top four today, a matchup they have proved they can win when firing on all cylinders.

Spacestation have struggled to find a groove that works since the early days of the organization’s acquisition, despite the veteran leadership of Ace on the team and brother Elamite as the coach. They saw some success in the HCS Pro Series, taking down teams like OpTic in the early weeks to place top eight. But that success was inconsistent.

They failed to win a series on day one in Pool B. Sent to the elimination bracket automatically and with their tournament lives on the line, they would have to defeat Esports Arena Red for a chance at top 12. No such fortune fell their way, however, and they lost the series 1-3. Top 16 isn’t where these players expect to be, and the next few months before the Kansas City HCS Major will need to be spent working out where they struggle to close out matches.

Related: Spacestation eliminated from HCS Anaheim after finishing at top 16

With top six on the line in the elimination bracket, eUnited and FaZe were in a fight neither expected to be in. While G2 had an easier losers’ run to contend with, FaZe and eUnited losing to Sentinels and OpTic left them in a do-or-die scenario despite both being favorites to win the championship.

FaZe had been having a strong run of HCS Anaheim before this point, flawlessly topping Pool B on day one, but a 2-3 loss to Sentinels in their first bracket play match turned the tides. UYU fell in a quick 3-0 and FaZe could lock in top eight and an automatic qualification for Kansas City, but eUnited’s slaying power stunted FaZe. The series was back-and-forth, but FaZe ended up eliminated 2-3.

Securing top eight was crucial, but FaZe will be disappointed with the final result, knowing that more was capable of their talented roster if they reached Championship Sunday.

Cloud9 and OpTic will fight to decide which team goes to the grand finals through the winners’ bracket. Whichever team advances will have a distinct advantage over the team that qualifies through the elimination bracket, who will have to defeat their grand finals opponent in two sets to get the trophy. Pioneers and eUnited will fight once more in the elimination bracket for top four, while on the other side, Sentinels face off against G2.

The pre-show will begin on the Halo Twitch channel at 1pm CT, with the Anaheim champion taking home a hefty amount of the $150,000 prize pool.