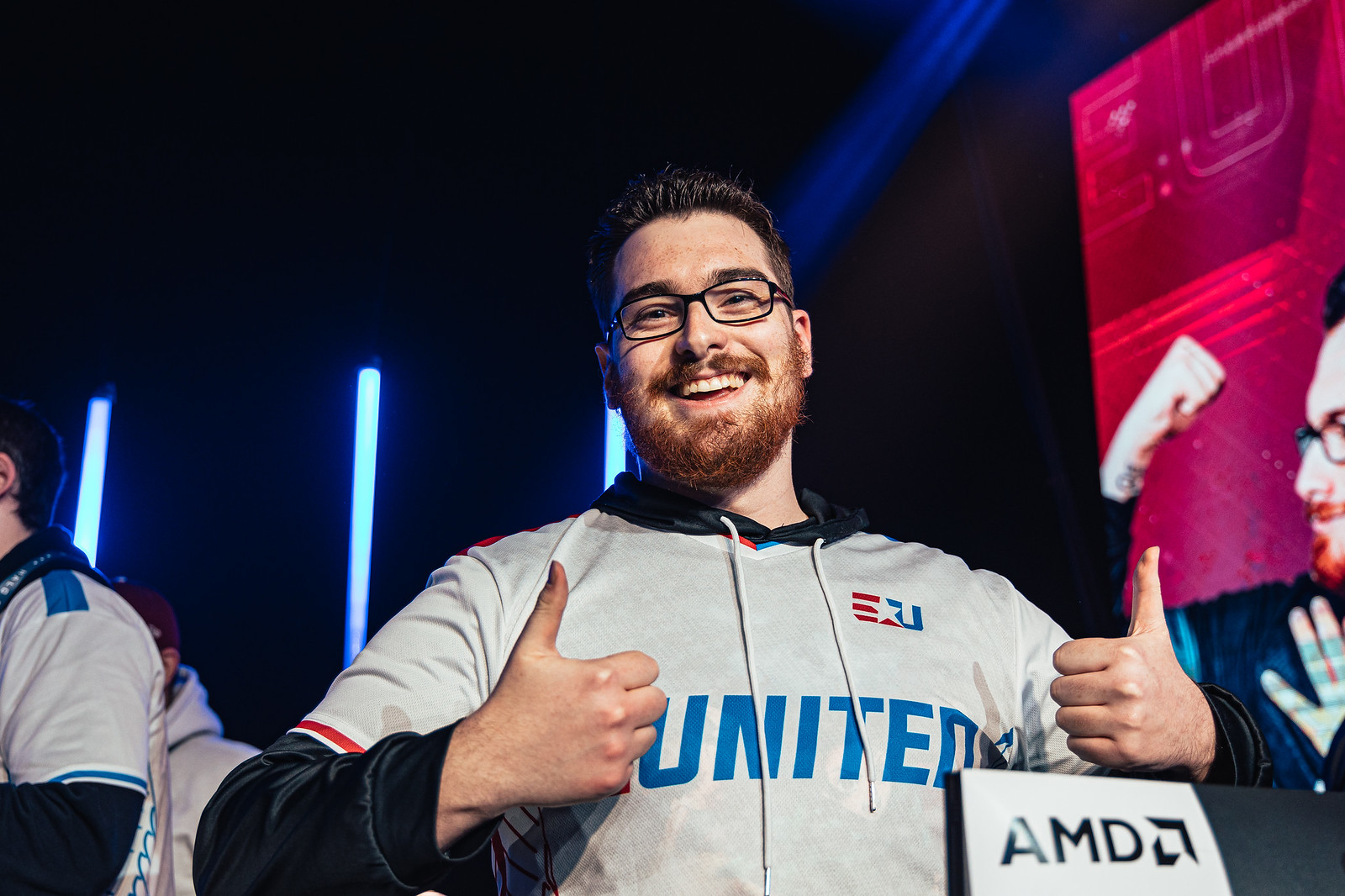 Day two at HCS Anaheim concluded yesterday, and the beginning of bracket play would decide which of the 16 qualified teams would make it to the top six at the tournament. Both eUnited and FaZe Clan were potential contenders for the trophy, and their meeting in the elimination bracket was an unexpected feature match at the end of the night.

Neither team wanted to end their run prematurely, and the best-of-five went the full distance. EUnited took the series 3-2 and sent FaZe home top eight despite coming into the weekend with the second seed. This outcome came off the back of an incredible 121 kills in the back pocket of Spartan, a record number for any given series at the tournament thus far.

Strongholds on Live Fire was the first map, and the game one curse that followed eUnited throughout the event continued in the match. Despite trading blows back and forth, FaZe would take the map 250-241. Spartan may have been the talk of the series, but his teammate KingNick shone brightly in game one. KingNick secured a crucial triple kill with the Sniper Rifle in the mid-game to hand eUnited a triple cap and give his team a narrow lead. Spartan and KingNick would combine to produce 44 of eUnited’s 68 kills, but a 23-kill game from FaZe’s Bound and consistent control of the Active Camo for the boys in red proved to have greater impact.

The slaying power of eUnited would favor them better in game two of Slayer on Streets. While eUnited’s lead never increased beyond a seven to eight-kill gap at best, FaZe were on the backfoot for the entirety of the time. eUnited tied up the series with a 50-41 win. After a disappointing performance on Strongholds, Rayne would put up the second most slays on eUnited with a 13 kill game, only behind an electric 17-9 performance by Spartan. FaZe player Snip3down would admit on Twitter after the set that Slayer was one of Faze’s weakest game types, and their difficulties against eUnited in the slaying department for the rest of the set highlighted this.

Capture The Flag on Bazaar would go the distance for game three, with FaZe only narrowly taking it in overtime. FaZe again found themselves outslayed by eUnited, KingNick and Spartan combining for a total of 46 kills between them before overtime. The entirety of FaZe only achieved 11 more kills than the eUnited duo, but better objective efficiency kept the game at a 2-2 stalemate as the timer ran out. Falcated would put up a 15-5 K/D in the lengthy overtime to ensure FaZe got one final flag home and gained a lead in the set.

Despite that objective efficiency carrying FaZe through to win the previous two objective game types, eUnited’s slaying power and map rotations would be enough in Oddball on Streets to give them their first objective mode win of the series and take it to game five. While the 115 kills that the eUnited roster had between them was a standout single-map statistic in the tournament, lacking performances from Bubu Dubu and Falcated would be far more damning in the post-game report. Falcated had 34 deaths, leading to a -12.7 KDA overall and Bubu Dubu’s difficulties in acquiring kills had him join falcated in the negative double digits with a -10.3 KDA.

While statistics don’t tell the full story when flags or Strongholds are on the line, they often do when it comes to Slayer, and a Slayer on Recharge would be the mode and map to decide which of the two HCS Raleigh medalists could continue their run in Anaheim. EUnited’s hold on the lead was convincing throughout the match, displaying an ability to dictate the pace to what they needed to maintain control.

The Slayer would speed up and slow down only when eUnited decided so, due in no small part to another dominant showing from Spartan. To secure his team the top six, the Halo 2: Anniversary breakout player would drop a 16-9 game with great use of sandbox elements such as the Active Camo and Mangler, as well as the Repulsor in one clutch moment to stay on the map. eUnited took the game 50-41 and eliminated FaZe from the tournament.

The run toward the top step of the podium continues today for eUnited. They face a rematch against Pioneers for top four. Their previous battle in pool play was a close five-game set, but Pioneers took the win. EUnited will have to figure out what went wrong and what to do differently to keep their tournament hopes alive.

You can catch all of the Championship Sunday action at HCS Anaheim on the official broadcast when day three kicks off at 1pm CT.