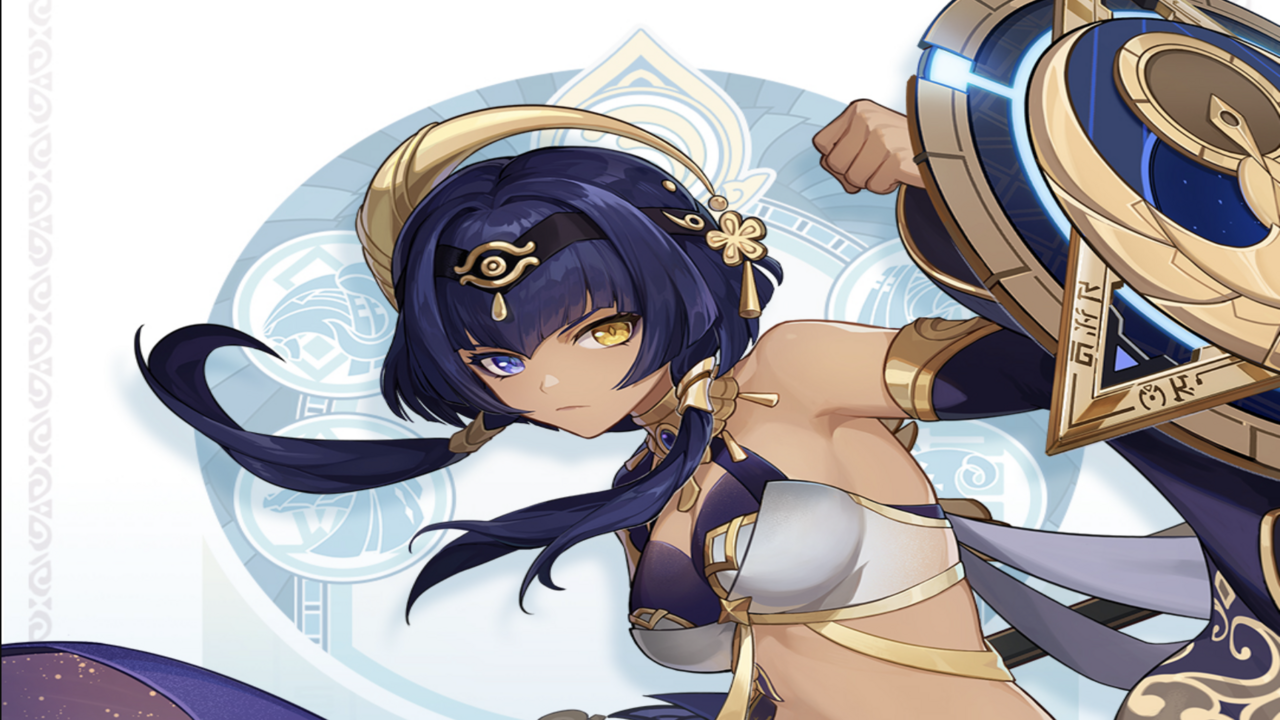 Candace, The Guardian of Aaru Village, has officially been revealed as a playable character in Genshin Impact.

The arrival of Gemshin Impact Version 3.0 has seen players become fairly familiar with characters from the Dendro nation such as Tighnari, Collei, and Dori. Now, Genshin Impact has introduced Candace, The Guardian of Aaru Village to join Genshin Impact’s expansive cast of playable characters.

Here is everything we currently know about Candace, her leaked abilities, lore, as well as when she will be officially released.

The lore behind Candace in Genshin Impact

Candace is a Hydro Polearm character who has two different sides to her depending on who she is with. For citizens of the Aaru Village, Candace is a kind and caring guardian.

She is protective of those in the Aaru Village and helps anybody passing through before their next journey because she sees it as her mission to protect peace in her village. Those who follow these rules will only see the kind and caring side of Candace.

Those who disobey the peace at the Aaru Village, however, will see a whole different side to Candace. Candace, a descendant of King Deshret, has the ability to summon monstrous sandstorms out of nearly nothing as those who cross her will be forced to endure a vicious sandstorm that has Treasure Hoarders marveling at her talents.

So given the stark contrast between her two sides, it’s safe to say it’s better to stay on her good side rather than make her angry.

As of right now, there are rumors that Candace will have a shield on her Elemental Skill, though, the exact details of its values are unknown.

When will Candace be released in Genshin Impact?

With The Guardian of Aaru Village’s recent announcement, her joining the aforementioned trio is highly unlikely. Instead, Candace has been leaked to arrive in Genshin Impact Version 3.1, which could arrive sometime in the next coming months in either September or October 2022. She will likely be released alongside newly announced characters Nilou and Cyno in the game’s next version.

Genshin Impact is an action role-playing game developed and published by developers miHoYo. The game is available to play on PC, PlayStation 4, PlayStation 5, iOS, and Android, and is soon set for a release on the Nintendo Switch.