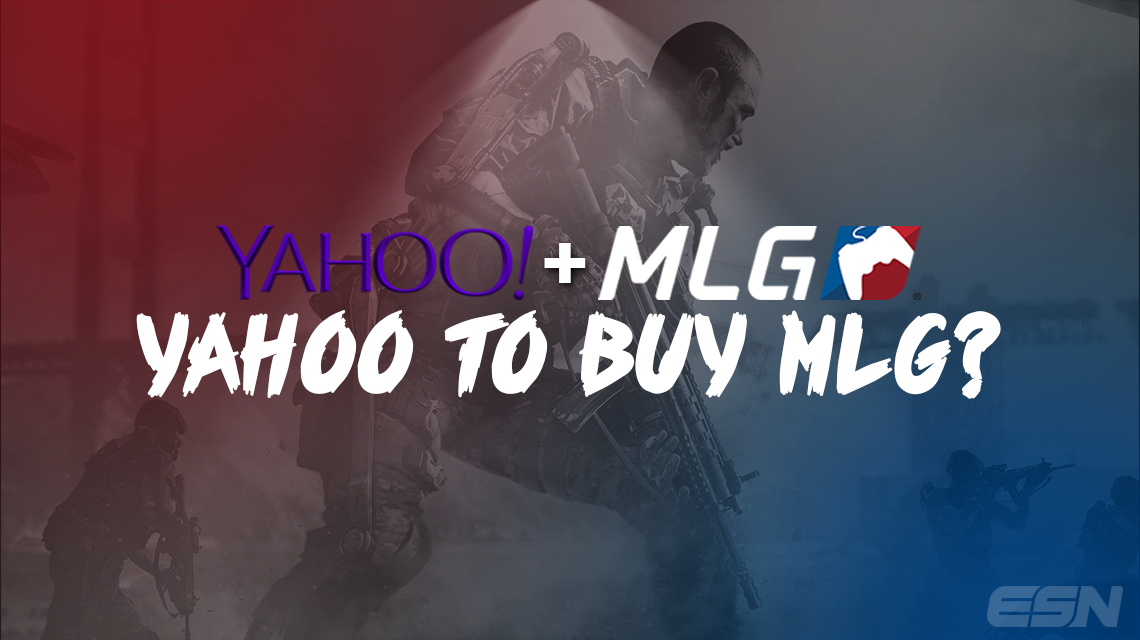 According to Breitbart News and other unnamed sources, technology company Yahoo Inc. is in the process of purchasing well-known professional eSports organization and competition host Major League Gaming before the end of the year.

https://twitter.com/RLewisReports/status/654754005474635776 As competitive gaming continues to grow towards becoming a broadcasted traditional sport, Yahoo is looking to venture out and finally put its foot in the door. A deal with the North American eSports-giant would be huge for the competitive scene. As of now, both companies are discussing an undisclosed fee behind closed doors and are “quite advanced and are about 95% complete,” according to Breitbart’s source. “MLG have already been making plans for the future, especially in regards to CS:GO. The deal should be wrapped up before 2016.” Since being founded in 2002, MLG has become a prominent leader within the eSports industry, most known for its expansion within the competitive Call of Duty and Halo communities. They’ve more recently branched out into the Multiplayer Online Battle Arena realm, with events dedicated to Valve Corporation’s Dota 2 and Hi-Rez Studios’ SMITE. The tournament host has held a numerous amount of competitions for both amateur and professional gamers across the globe. They’re currently preparing to host their one hundredth event, the MLG World Finals, which will include both Call of Duty®: Advanced Warfare and Dota 2 from Oct. 16-18. However, their future for next year is in question, with the highly-anticipated blockbuster title, Call of Duty®: Black Ops III, coming out in November. Regardless of their growth and partnerships with companies such as ESPN, MLG has been relying on $69 million of venture capital funds from Oak Investment Partners since 2006, according to a 2013 New York Times article. The company has had its ups and downs throughout the past few years and is always looking to have a profitable year, along with making sacrifices to please the eSports community. Breitbart’s sources also happened to mention that MLG President and Co-Founder Mike Sepso is stated to be taking a position with developer Activision-Blizzard. Sepso will “adopt a senior role within the Call of Duty division of the company,” as a result of the company purchase. What are your thoughts on Yahoo’s potential purchase of Major League Gaming? Let us know. Follow our Twitter – @eSportsNation to stay updated on the latest news within the competitive gaming realm.