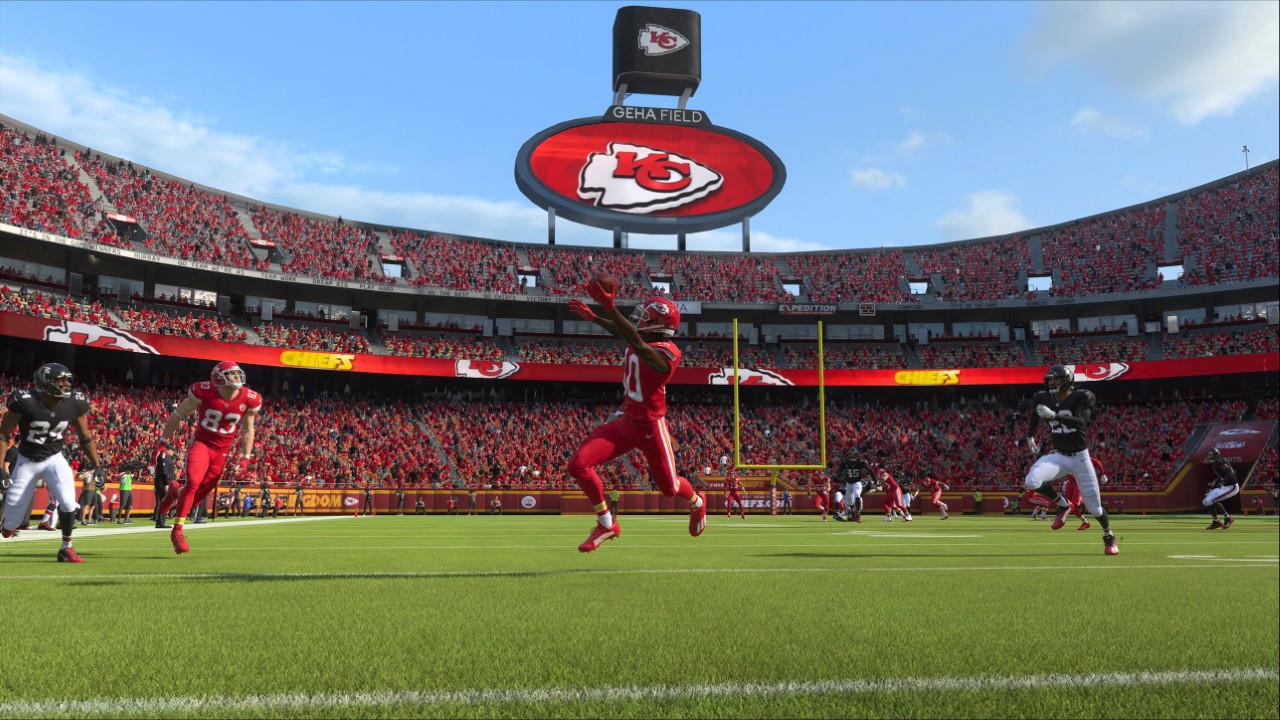 In football, especially in the National Football League, speed kills. Whether it’s Tyreek Hill streaking downfield wide open with his blazing speed or Lamar Jackson hitting a hole and taking it 60 yards for six, speed separates the elite from the great. Here are the fastest players in Madden NFL 22.

Hill’s electric playmaking has been on display since his debut with Kansas City in 2016. Pairing him with Patrick Mahomes’ big arm is almost unfair, and the Chiefs take full advantage of the mismatches. Hill is considered one of the best receivers in the NFL, and he may be even better in Madden NFL 22, with his speed creating a mismatch against almost every opponent.

Henry Ruggs III’s inclusion at the top of this list is not surprising. The speedster, who enters his second year in Las Vegas, clocked an unbelievable 4.27 40-yard dash at the 2020 NFL Combine. The former first-round pick is one of the NFL’s fastest players and should be a ton of fun to use in Madden NFL 22.

Another former Alabama Crimson Tide wide receiver makes the list in 2021’s sixth overall pick: Jaylen Waddle, already one of the fastest players in Madden NFL 22. Waddle will bring a playmaking presence to Miami that the Dolphins haven’t had since the team traded Jarvis Landry to the Cleveland Browns in 2018. Pairing Waddle with his former college quarterback, Tua Tagovailoa, should help ease his transition to the NFL.

As if the Chiefs didn’t have enough offensive firepower with Mahomes, Hill, and Travis Kelce, Mecole Hardman adds another dimension to the NFL’s best offense. The former Georgia Bulldog lines up all over the place for Kansas City, including as a wide receiver, running back, and punt and kick returner, making his impact felt in two phases of the game.

A world-class sprinter, Schwartz could be the fastest player in the NFL despite never playing a down. Schwartz holds the under-18 world record in the 100 meters and ran a 4.25 40 yard dash, good for the fastest time at the 2021 NFL Combine. Pairing him with Jarvis Landry, Odell Beckham Jr., and Donovan Peoples-Jones gives the Browns one of the most electric receiving corps in Madden NFL 22.