In Elden Ring, Great Runes can be obtained by felling specific enemies across the Lands Between. Each rune offers the Tarnished unique benefits ranging from an increase in hitpoints to slightly raising all attributes. Players can activate the Rune buff using a Rune Arc. These are found around the game and can even be bought from specific NPCs. But before players can use the Great Runes they’ve acquired from killing bosses, they must go to a pre-set Divine Tower to activate the Rune.

Divine Towers are found in key areas in the Lands Between and are necessary for activating the Great Runes for players to use on their journey. Here’s what you need to know about where you can find one of the first Divine Towers, how to get there, and what Great Rune the tower activates. 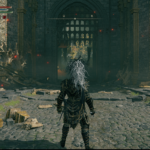 The Divine Tower of Limgrave is found within the first area in the game, Limgrave. Players may be able to see it while exploring around the north side of the area since it is a massive tower with a long connecting bridge. It is accessible fairly early in the game while players are making their way through Stormveil Castle. Once players have defeated Margit, the Fell Omen, and opened the Stormveil Castle gates, they can get to the Divine Tower.

While carefully progressing through the front gates and up the main stairway in Stormveil Castle, players will see a passageway to their right with a Lion Guardian stationed out front. Players should continue through that doorway and up the stairs, making sure to restore the Site of Grace. While on the bridge, there are three Giants that players must get past to reach the teleporter at the end of the bridge. This portal sends the player to the doors of the Divine Tower. But the doors may be locked.

How to open the Divine Tower

This is one of the Great Runes of the Lands Between and typically the first Great Rune players will come across. If the player uses a Rune Arc, the blessing of the Rune will be activated. This Great Rune offers a raise in all attributes by five.