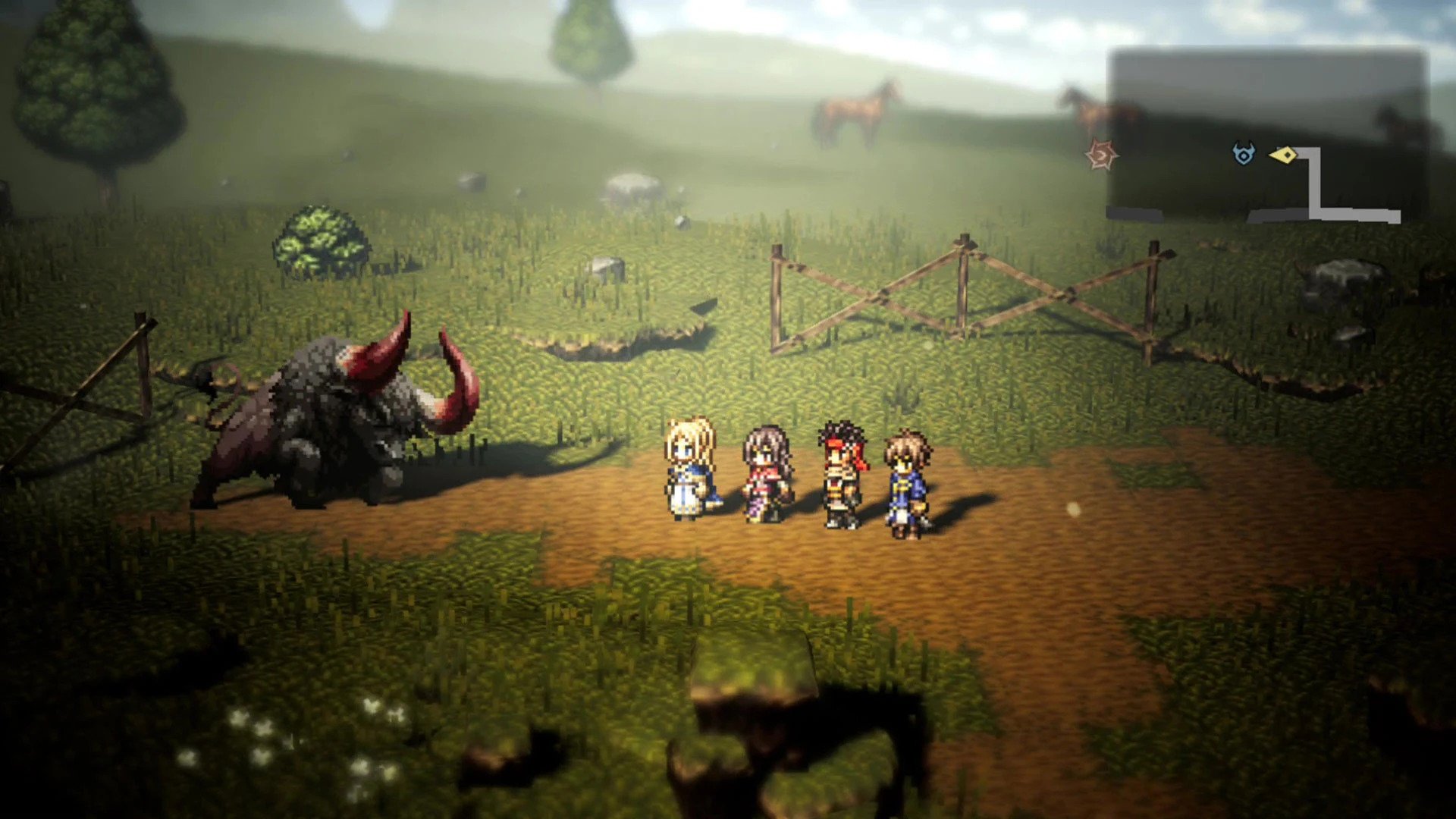 While the first game in the series was praised for the dynamic nature of its 2D-meets-HD style, the graphic of the newest game look even more dynamic, with dramatic lighting shifts and cloud cover adding to the rich background art that was so beloved in the first game. And what rich background the new game features, as well: the new land players can travel and explore looks like one caught in the middle of a changing of age, as warriors and fighters equipped with swords and other melee weapons while encountering more major technological advances like vast ships and locomotive trains.

The new game also features a day and night cycle that will potentially change different path actions for different characters, fundamentally altering the game that each player plays depending on what time of day it is.

It all looks like a feast for Octopath Traveler fans both new and old. Luckily, those players desperately waiting to get their hands on the new game won’t have to wait too long to do so. Here’s everything we know about Octopath Traveler 2 and when it will come out.

As of the September Nintendo Direct, Octopath Traveler 2 will release on Feb. 24, 2023. The game will be available on the Nintendo Switch. There is also a chance the game might come to Steam, as one Steam user caught a glimpse of the game on sale on the platform before it was taken down.

This is still unconfirmed, however, and the only official platform for the game at this time remains the Switch.