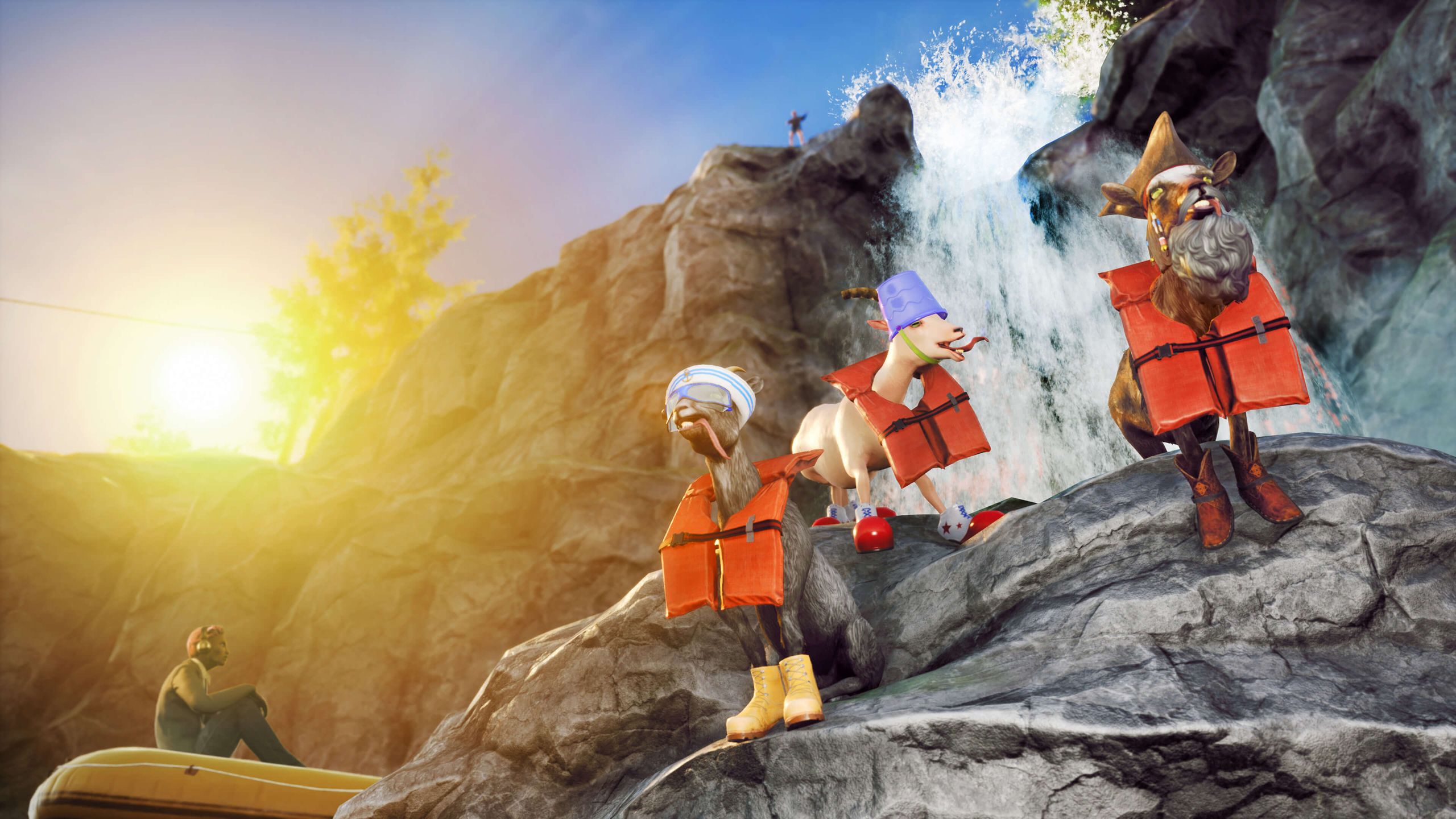 One of the best trailers released early on in 2022’s Summer Game Fest was for the upcoming chaos-generator Goat Simulator 3. The sequel to Goat Simulator (you read that correctly, there is apparently not going to be a Goat Simulator 2), the announcement trailer was a near shot-for-shot recreation of the infamous Dead Island 2 trailer.

With the ability to cause as much havoc as humanly (goat-ingly?) possible, Goat Simulator 3 looks set to fulfill everyone’s most chaotic desires—as a goat.

With jet packs, laser beams, and technology that looks like it can change people’s sizes, it’s safe to say that the newest Goat Simulator will up the ante for the game series. The description of the game on the Epic Games Store includes the following disclaimer from developer Coffee Stain: “Goat Simulator 3 is another completely stupid game. Will this game teach you how to become one with your local herd? Probably not. Learning about real goats with David Attenborough or something would absolutely be the smarter thing to do.”

For most players, there’s only one question that really needs to be answered: When does the game come out?

When does Goat Simulator 3 release?

As far as we know, Goat Simulator 3 will be released sometime in the fall of 2022. It will be exclusive to PC on the Epic Games Store, so players hoping to catch the game on Steam will need to branch out a bit on where they purchase and play their PC games if they want to go full chaos goat.