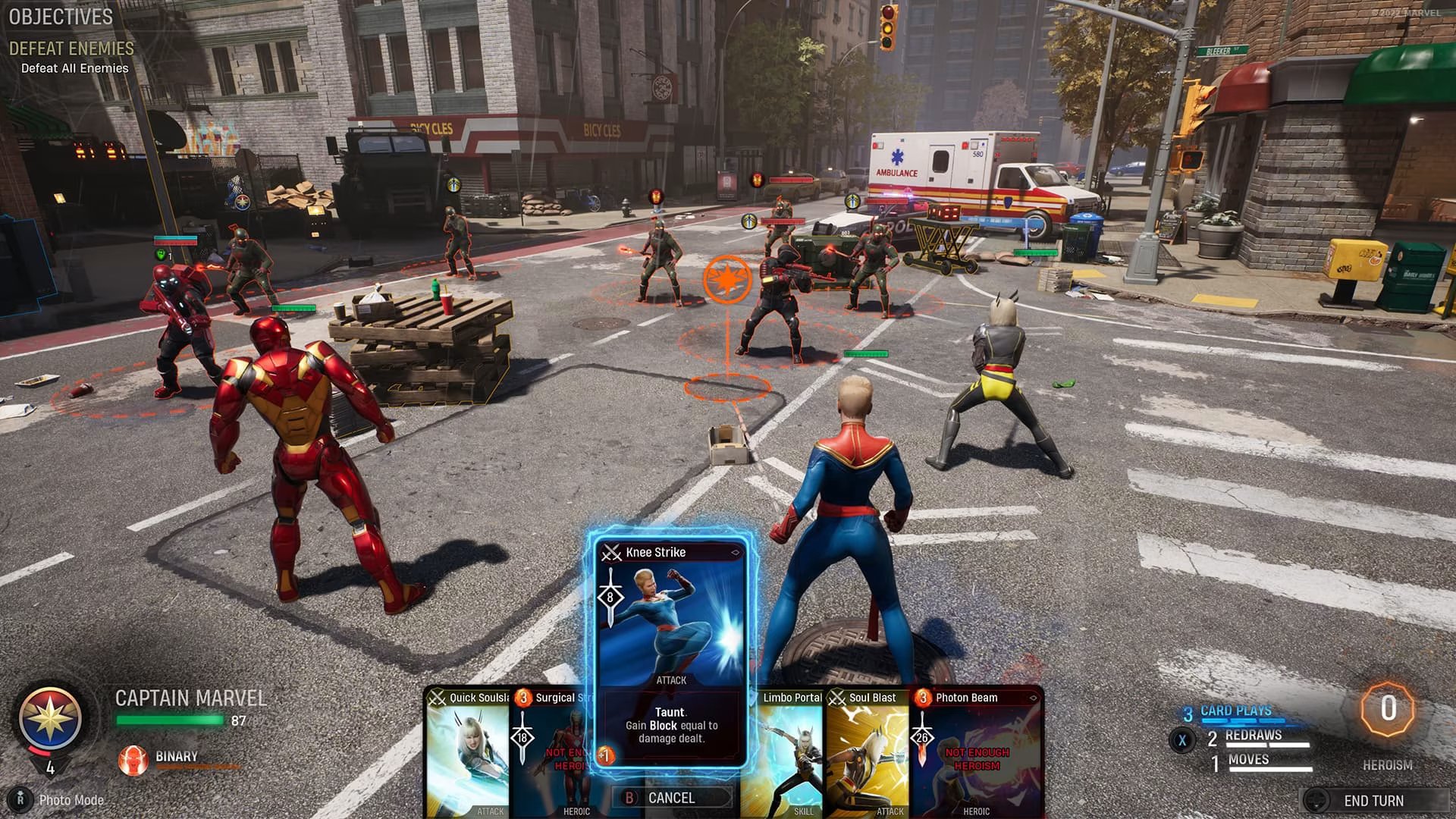 Marvel’s Midnight Suns takes a different look at the comic book universe, setting itself in the more supernatural, darker side of the multiverse. From the creators of XCOM, Midnight Suns is set to be a unique tactical adventure. Players can befriend and fight alongside the most iconic Marvel characters from the last 80 years.

This article will feature all the information you need about the different playable heroes in the upcoming Marvel‘s Midnight Suns.

What heroes can you play as in Marvel’s Midnight Suns?

On the Midnight Sun‘s website, the developer gives a full breakdown of each character and what they can do in the game.

Peter Parker’s Spider-Man will be one of the fighters on the Midnight Suns team, focusing on agility. His webs will be able to blind characters or pull them closer to himself. Spider-Man is also great at using his webs to make the world around him a weapon, slinging any object that’s not nailed down.

The all-American super soldier wanted to serve his country so bad he put his life on the line for it. As a member of the Midnight Suns team, he’ll be a tank meant to absorb damage and focus it back at the enemy. Cap can also build up shielding to keep his health bar from decreasing too much while under enemy fire.

Equipped with two swords and a wealth of other gadgets, Blade is the best vampire hunter in the business, probably because he’s half one. Unfortunately, Firaxis Games has yet to upload the in-depth character video that will showcase more of Blade’s history or gameplay.

This character has become extremely popular due to her recent appearances as the antagonist in different Marvel projects. Wanda will deal with her near-limitless power in Midnight Suns and its dark implications. Her special moves will focus on Area of Effect attacks from a decent range, with some of her attacks becoming more powerful each time she uses them.

What he lacks in height, he more than makes up for in his temper. Wolverine is one of the most iconic members of the X-Men, with several film and video game projects in recent years. Wolverine is part-Tank, part-Distributed Damage in Midnight Suns. He can take a few hits and regenerate the health back, allowing him to basically absorb damage.

The Hunter was created for the Midnight Suns game and will be the player’s character. Players will be able to customize everything about this character, including improving their skills in a variety of combat roles. The Hunter can be customized to suit different playstyles like damage, control, support, mitigation, or a combination of all four.

With the game set for a Dec. 2 release, it won’t be long before players step into the shoes of some of Earth’s mightiest heroes.