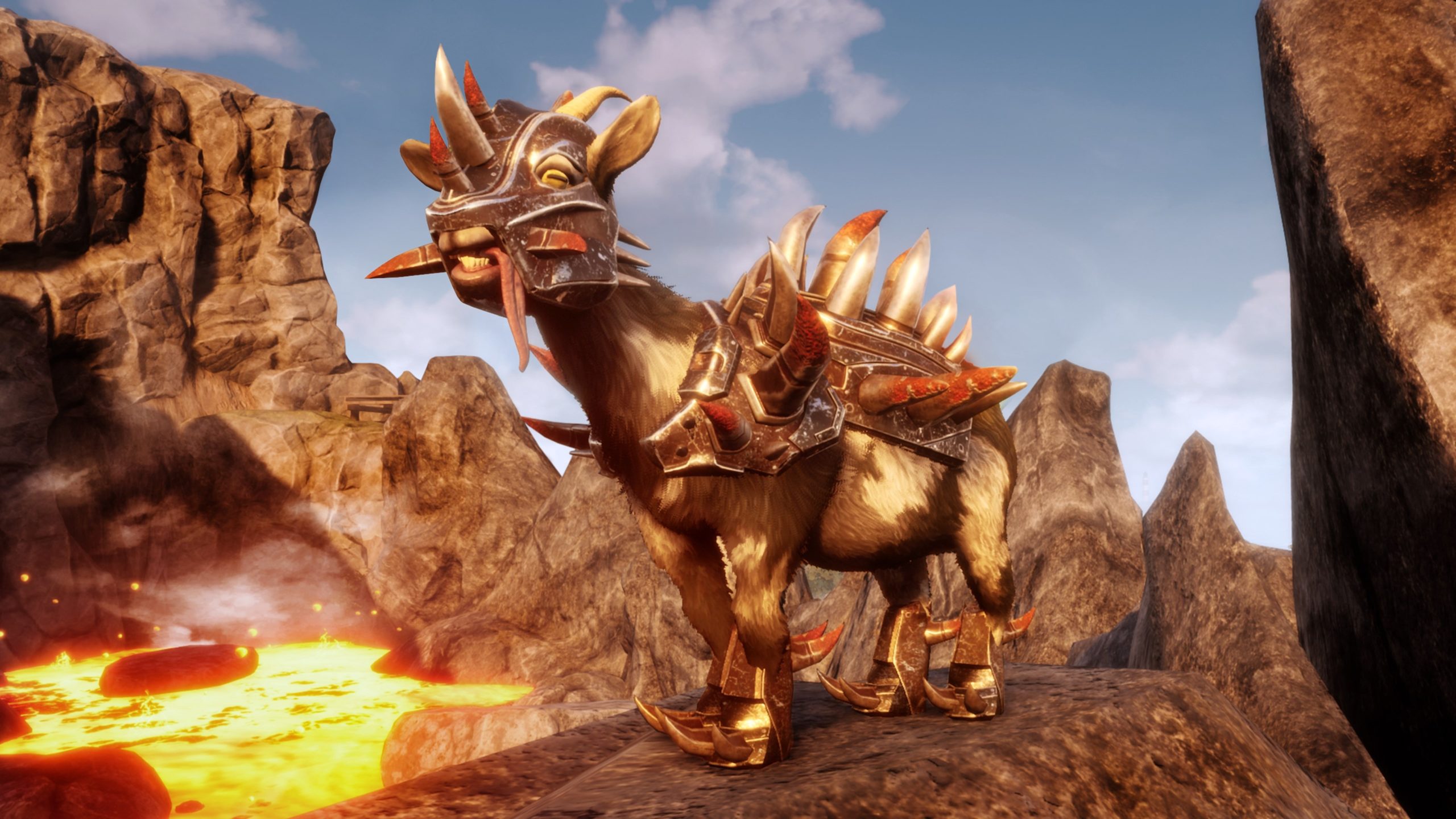 Goat Simulator, of the most popular and silliest franchises in recent memory is returning this upcoming November with a long-awaited sequel in Goat Simulator 3. No, that’s not a typo, Goat Simulator 3 is the sequel to the original release, but you’re probably wondering what happened to Goat Simulator 2.

Regardless, with the team at Coffee Stain Studio announcing an official release date of Nov. 17, 2022, also comes with the ability to pre-order, or “pre-udder,” the game digitally before it officially releases. There are two versions available for players to purchase early from either the Xbox store, the Playstation store, or the Epic Games Store. There’s also a physical collector’s edition available.

What’s included in each edition of Goat Simulator 3?

The “Standard Edition” of Goat Simulator 3 includes the base game plus a “jiggly in-game Pre-Udder” cosmetic that can be affixed to your goat. This jiggly udder was predominantly featured in the most recent “Pre-udder” trailer for the game released on July 28.

The special edition of the game is comically titled the “Digital Downgrade Edition,” and includes the base game, the Pre-Udder if pre-ordered, and “unique remastered garbage from Goat Simulator DLC,” plus some new “spicy” cosmetics. The list of remastered garbage includes:

The Standard Edition of Goat Simulator 3 will cost $30, and the Digital Downgrade Edition will cost $40. Either can currently be pre-ordered from the Xbox store, the Playstation store, or the Epic Games Store.

Finally, there’s a physical collector’s edition called the Goat In a Box edition. It includes everything included in the Digital Downgrade Edition, plus a collectible Red Dead inspired-steelbook, a reversible poster, postcards, a physical version of the soundtrack, goat plushies, and a custom Goat Box.