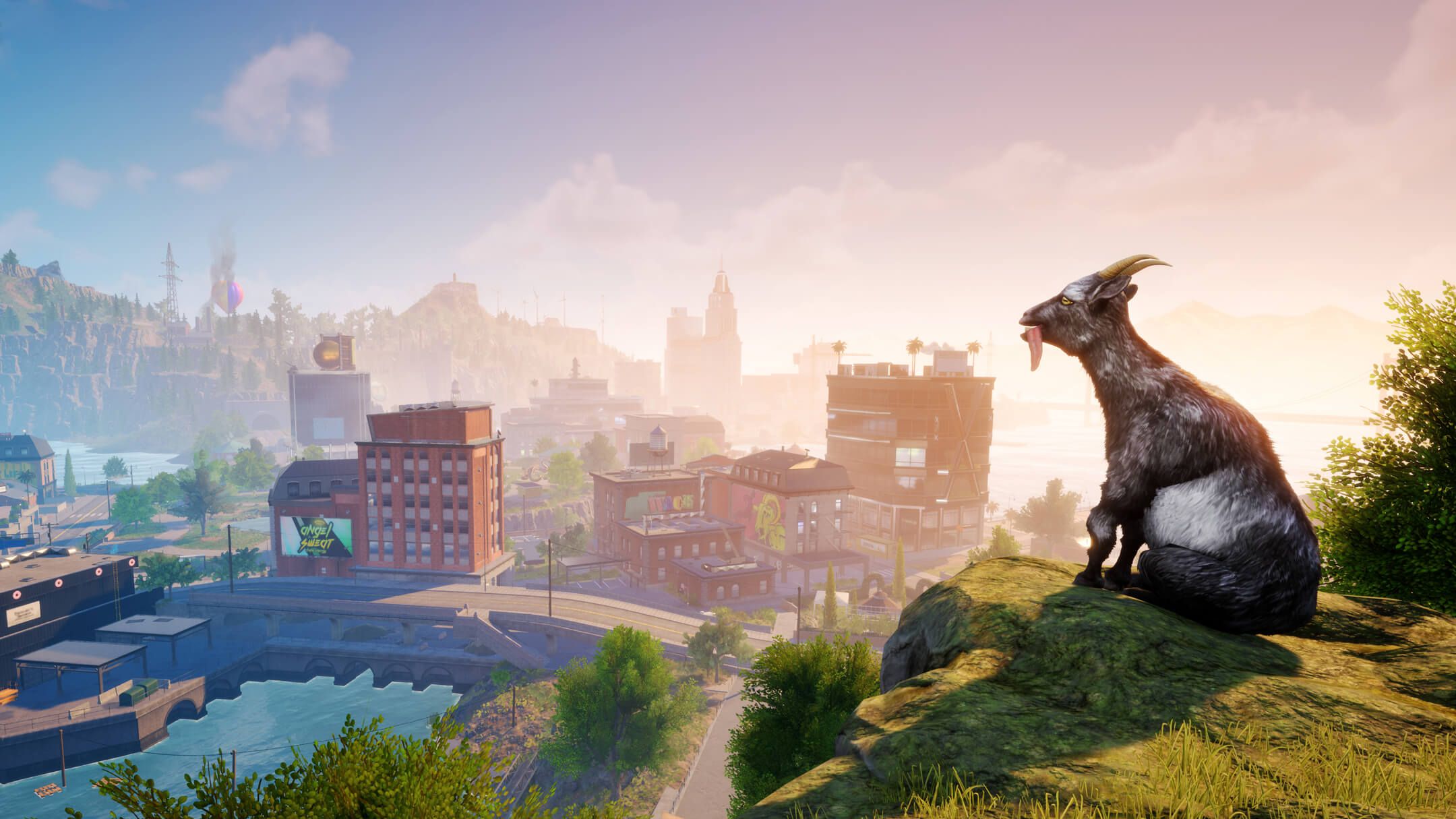 One of the numerous exciting world premieres shown off at Summer Game Fest 2022’s opening night is Goat Simulator 3, a sequel to the original Goat Simulator released in April 2014.

The upcoming release is another third-person sandbox “adventure” putting you in control of a dangerous and destructive goat. You can headbutt, lick and triple-jump your way across a massive new tropical setting in the island of San Angora. This time, players can team up with up to four goats across the story missions and additional mini-games.

But what happened to Goat Simulator 2? Did we miss it? What happened? We try and unpack the mystery for you before a goat headbutts us off the pier.

Was there a Goat Simulator 2 game?

Goat Simulator 2 doesn’t exist. The original Goat Simulator was released on April 1, 2014, which was appropriate given how unseriously the game takes itself. Since the game’s release, a collection of three DLC releases came out, each one themed after DayZ, PAYDAY, and Star Wars. They also released an MMO simulator add-on that came out as a free update.

The developers haven’t given any explanation or reasoning as to why went straight to Goat Simulator 3. Based on what we know about the developers and publishers in Coffee Stain Studio, they probably are doing it because they think it’s funny. And it is.

Goat Simulator 3 is scheduled for a Fall 2022 release for Xbox, Playstation, and the Epic Games Store, but a specific date has not been listed yet.