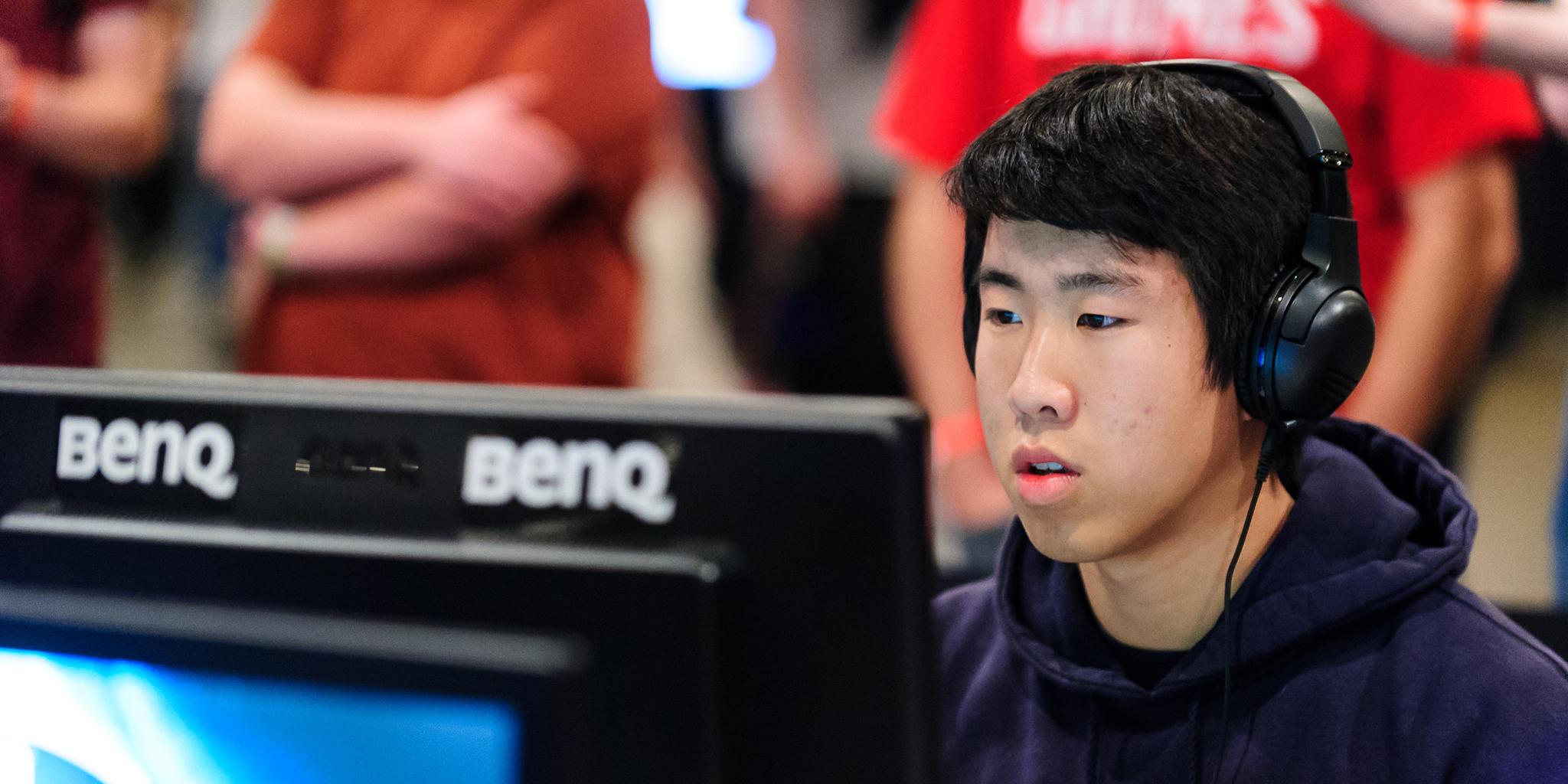 Conan Liu has a problem. As a third year pre-med student at UC Berkeley, he’s got to commit to his studies—missing anything more than a single day could spell a downward bump in his grades. Still, he studies as hard as the rest of his classmates, and is even an officer in the pre-med frat on campus. When it comes to dedication, however, Liu is one-of-a-kind, because he’s also known as “Suppy,” one of the best players in the world at StarCraft 2.

In 2012, he was named the Breakout Player of the Year by Major League Gaming after a cinderella run at MLG Anaheim, and was subsequently picked up by the team Evil Geniuses. Since then, he’s been a regular on the pro scene, and qualified recently for the World Championship Series 2015 season. However, following changes to the WCS format, Liu’s group stage match got moved from California to Cologne, Germany.

And that could mean he sits the year on the sidelines.

In the past, WCS had separate North American and European tournaments running concurrently, along with partner tournaments run by the Korean OnGameNet, and others. All of these tournaments fed into the grand finals at Blizzcon, where the world’s best got to compete.

Some North American pros have to trek to Germany to play, and vice versa for some Europeans.

But in the face of a stagnant pro scene that has been completely dwarfed by League of Legends and Dota 2, Blizzard decided to introduce some changes in hopes of revitalizing the scene. One of the more severe of these was to combine the North American and European tournaments into one.

What wasn’t emphasized at the time, however, was that the group stage matches would be split, with half of them happening in Burbank, Calif., and the others in Cologne, Germany. This means that some North American pros have to trek to Germany to play, and vice versa for some Europeans. Those that get to stay home get a seemingly massive benefit for winning the luck of the draw—a nine-hour time difference is nothing to balk at.

Adding onto the complicated situation is the fact that the first group stage draw on Jan. 25 was nullified after the showrunner, German-based ESL, discovered they hadn’t done the drawing correctly. In this redraw, Liu was moved from a group playing in North America to a group playing in Europe.

It was immediately apparent that forcing players to leave their home continents was going to cause problems.

I hope that my group is in Burbank, I’m not allowed to return to Europe for another couple months (must wait 180 days from september 6)

To Liu, whose education plans were suddenly thrown into chaos, the reaction was more severe.

I was scheduled to play in the US studio, now I’m playing in EU. Why am I getting punished for someone else’s incompetence?

It’s pretty tough to miss school when you are a third year pre-med student and “any absence more than one will start to affect your grade.”

As planned, Liu’s first match in Cologne is on Feb. 22, meaning he has less than a month to prepare for a trip to Europe—and also finding a way to make up for his studies. He clarified in a Reddit post:

Before the first drawing, I immediately contacted the ESL admins to let them know that it would be almost impossible for me to play in EU and they said they’d try their best to allow me to play in NA… A day later, I was notified that my group was in the NA studio and I of course was extremely ecstatic. Perhaps I did indeed get lucky on this first draw, but the fact that a redraw had to be done because OTHER people made mistakes, which then resulted in me getting EU instead – is just incredibly upsetting and frustrating.

I am certainly prepared to accept the redraw since I am of course subject to the same rules and regulations as everyone else, and if that means the only option is to forfeit the group then unfortunately that might be the best I can do in this situation.

The Daily Dot has reached out to both ESL and Blizzard for a comment on the current situation, as well as clarification on the reasoning behind the format change, but did not hear back by time of publication.

The state of the StarCraft 2 pro scene seems at a crossroads, with many pros being faced with increasingly difficult burdens just to play the game they love. While other esports are thriving, these kinds of situations seem to only be increasing in the SC2 pro scene—which also recently saw a major broadcaster significantly reduce its streaming quality for non-subscribers.

Indeed, several pros have left the game to resume their studies, such as famed French pro-gamer Ilyes “Stephano” Satouri. For others like Liu, who are trying to remain loyal to the game, the choice between playing and quitting just got a lot more real.

Update 1/4 10:20am CT: Blizzard and ESL have provided a comment on the format and Liu’s current situation.

The 2015 is a massive step in the right direction. The changes were made with the players and the fans in mind. Playing the most important matches online is unfitting of a competition that qualifies you for the WCS Global Finals and streaming big games without showing the players does not fit with our idea of a good broadcast experience for the fans.

The 2015 format is exciting because it makes the WCS Premier League a globally-appealing experience for the viewers. The players get more worldwide exposure than ever on top of getting free flights and accommodation at every event and a guaranteed minimum prize money of $4,500 for attending.

The statement added that Liu’s case is “unfortunate,” but offline events are necessary to reduce latency during matches, and that changing match draw results because they are “less convenient geographically” would damage the integrity of the draw.