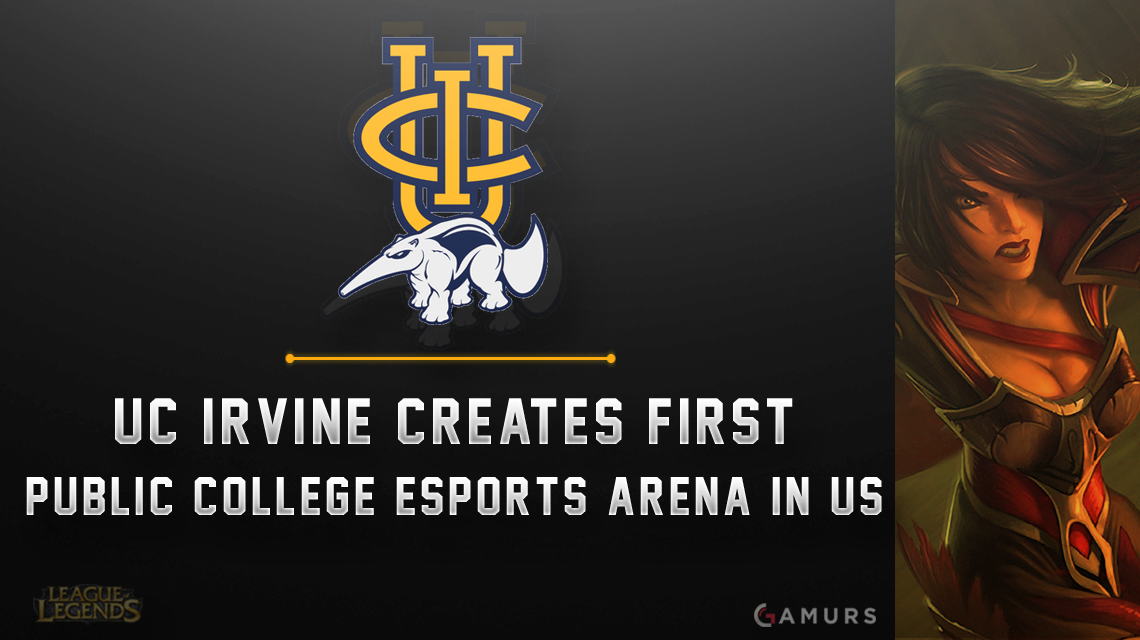 The University of California at Irvine has announced thatthey have just finished building their own 3,500 squarefeet college esports arena that they plan to open on Friday,Sept. 23. The arena will contain 80 gaming PCs with the mostplayed esports games already installed, its own webcasting studio,as well as viewing screens.

Mark Deppe, UCI’s acting director of esports, had thefollowing to say about the new arena: “I think esports isthe future of competition. Period. It transcends language,geography, race, age, religion, gender identity, sexualorientation, physical ability and many other identities. In fiveyears, many more schools will have official programs and morestructure will be in place to regulate and provide guidance toschools. I think esports also have a huge opportunity to learn fromthe successes and shortcomings of traditional sports and provide amodel for collegiate competition in the 21st century.”

The University spent $250,000 to build the arena and plans tocharge students $4 per hour. UCI also hopes that the revenue fromthis hourly charge will cover the arena’s administrative costs. Interms of staff, the arena will have 25 student staff members,and they also plan to offer opportunities for other studentsto volunteer as coaches, analysts, streamers and producers.

UCI’s arena is also sponsored by iBUYPOWER, which hasprovided the computers for the arena, as well as Riot Games.As part of its esports program, the University will also beoffering 10 scholarships, valued at $15,000 each, to itscompetitive League of Legends team.

The Heroes of the Storm‘s college tournament will offerfree tuition to winners, while the League of LegendsNorth American collegiate championship will give $30,000 toeach first place winner and $15,000 each for secondplace.

Deppe has also said that nobody resisted the university’sadventure into esports and students have also beenoverwhelmingly supportive.

“Many of them are gamers themselves, and those that aren’t knowlots of gamers and how important video games are to the campuscommunity,” Deppe says.

What do you think about the future of esports at colleges throughtthe US? Let us know by commenting below or tweeting us @GAMURScom.