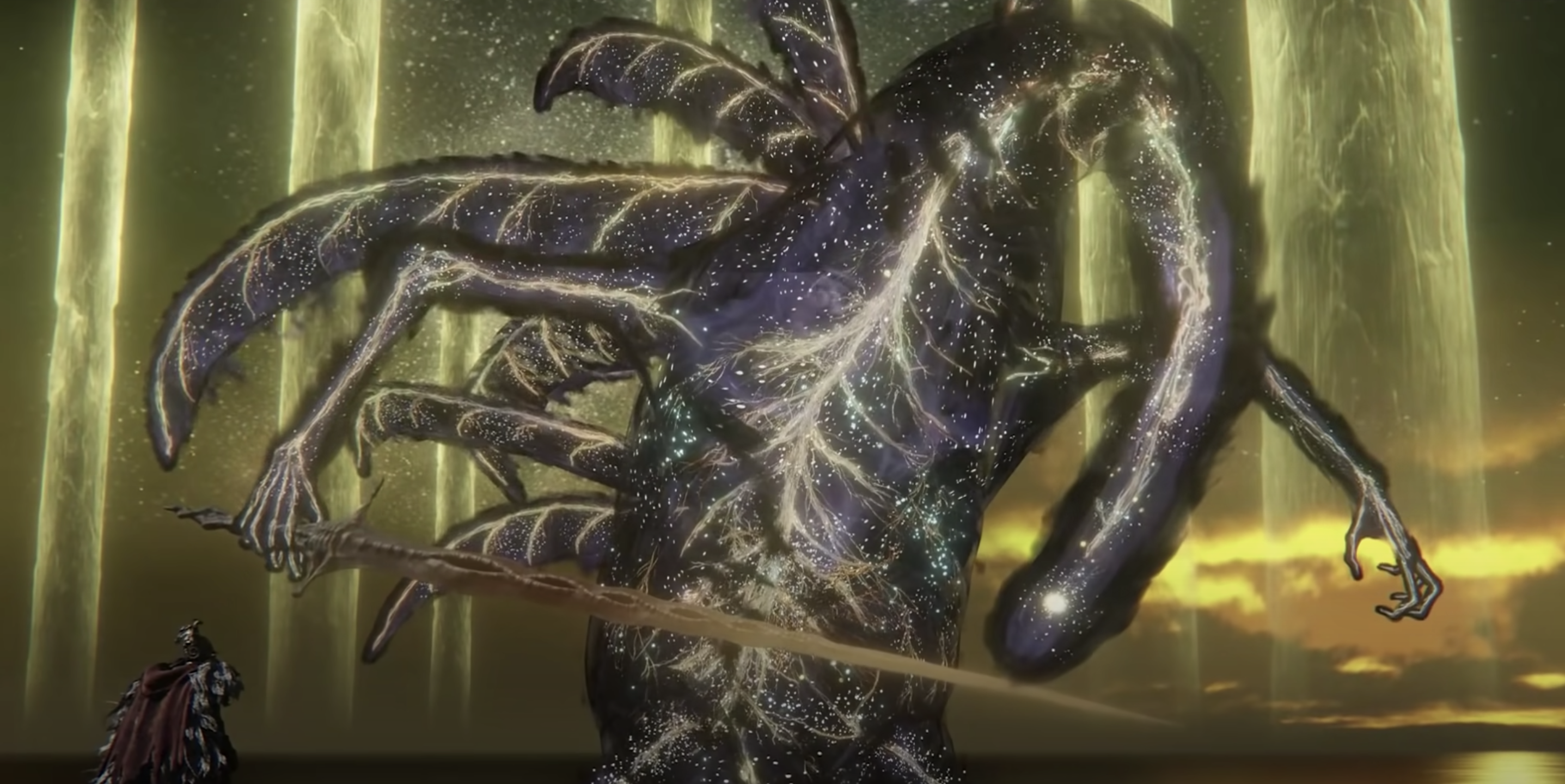 FromSoftware’s Elden Ring has been a smash success for the studio, breaking sale records and earning the acclaim of players and critics almost unanimously. The game’s far-reaching success has been displayed even outside the Lands Between, as fan art, murals, and other game mods have surfaced.

Ultraboy combined the two Bandai Namco titles Elden Ring and Tekken to create a masterful fusion of the two, imaging the world of Elden Ring in a classic fighting game setting. The short game preview featured some of the game’s hardest bosses and notable NPCs perfectly recreated for the fighting game. Radahn, Melania, Alexander, Ranni, the Prisoner class, and even the notorious lobster were all included.

The character recreations and unique move sets were met with overwhelming praise, as the initial post attracted over 86,000 likes and 21,000 retweets after only one day. The mod not only garnered the attention of crossover fans but also Tekken game director Katsuhiro Harada.

While the fighting game veteran developer was seemingly impressed with the mod, Harada cautiously warned the mod to cease. “Sure, Elden Ring is a Bandai Namco funded title, and I was the production general manager in charge of Elden Ring, so its not irrelevant,” Harada wrote. “It’s ridiculously well-made mod, but plz stop.”

Tekken has long had a staunch ‘no-mods’ stance for nearly all of its titles, with Harada personally justifying the company’s position multiple times. While Ultraboy’s mod may not be officially endorsed by the Tekken franchise, it certainly captured the attention of many.