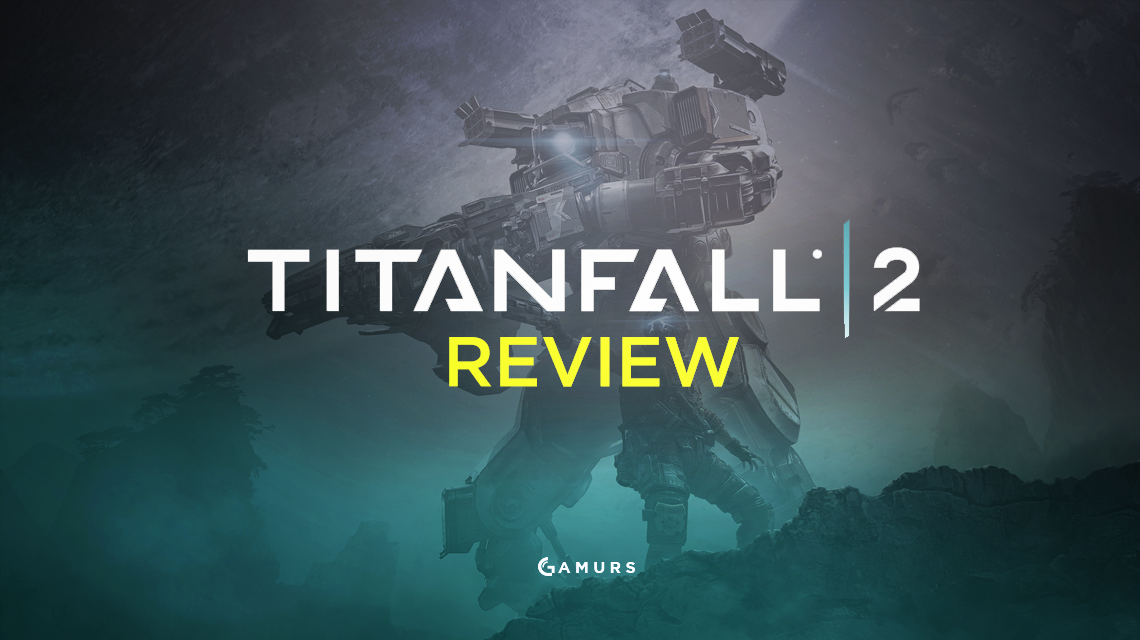 The first game felt like a beta test for this well-crafted, oiled, machine of a game. It feels more like what the original Titanfall should have been due to the multiplayer focus of the original game. In the original, you never really felt invested in the world or the lore they were trying to create, just two separate factions that were slapped together in an excuse of a “campaign mode,” which offered nothing to make you get into the story. Which is why this time around, it is good to see the game increase in so many levels.

Games made by Electronic Arts, published or not, have seen an abundance in well-crafted campaigns recently. Battlefield 1 and now this? Pinch me, I must be dreaming. I must confess that at first, the campaign felt very droll and sluggish, nothing special. I felt as though I was pushing myself needlessly — until I met BT. Well, BT-7274 if you want to be precise.

BT is your robot titan buddy whom you will learn to love for his dialogue. It’s an odd twist, but an enjoyable one that sees you choose dialogue and laugh (or not) at the robotic responses BT throws at you. You see him learn, develop and grow to be more humanlike. It is a sci-fi cliché, but done in a way here that does not seem so stale.

The campaign as a whole builds slowly, gradually and humbly towards something greater, with an experience scoped around large scale maps and surprising emotional turnarounds. Players are given the freedom of expression and given a wealth of things to find and use in the world, instead of going along the lines of a linear campaign with no side quests or objectives as I was expecting.

The campaign is aided by tight controls that feel more fluid than those in the original game, which at times felt unresponsive or didn’t match the frantic action on screen. This adds to a game that doesn’t try to over-complicate things in its story, but still adds an emotional depth that will keep players gripped. It’s a nice touch to a story that no one really expected anything out of, but the only problem is the fact that sometimes these overly open campaign levels do feel too big and navigating them can become tedious at times.

This is not to say that the campaign is not flawed. While the campaign is great, the story can sometimes feel a bit bland in areas, as the tropes of a science fiction story are all but too obvious. But where the campaign falters in certain areas, its strengths and what it accomplishes are far too grand to ignore.

In the end, with such tight controls and engaging stories, (if not for the bland enemies you encounter and bosses that I could not even remember for the life of me) the ease of access to the game for rookies and veterans is a nice touch for this short, yet enjoyable, campaign.

Though, for those completionists out there, trust me, there is enough buffer to replay the levels to discover things you missed. It is one of the few games I actually enjoyed going through again in the campaign, where looking and exploring was rewarded instead of criticised and truly lets the player play at their own pace.

I’m going to take an approach that not many other people are taking here and say that I enjoyed the multiplayer for what it is worth. Some of my fellow reviewers around the internet have seemed to dismantle it, and while there are certain lacklustre problems, I still relatively enjoyed it.

The same old modes reappear with Team Deathmatch, Capture the Flag and co making a return to the franchise, but some modes like Bounty Hunt don’t really seem to follow the core principles of what makes the game. Multiplayer in the original was fun, frantic and surprisingly competitive later down the line. Some modes here, however, seem to diminish as time goes by and don’t feel up to the standard and scope of what the game tries to convey.

Customization is quite lacking too, with not too much to really change up after you have leveled up your player, the titan of your choosing and the weapons you play with, (for this reason I only really stuck with the same weapon choices throughout the game unless something else crops up that is a bit easier to use with my changing playstyle or map choice) as most of the customization is centred around the pilot and hardly any options are for your titan in the long run. Titans get more paint jobs than they get new weapons to play around with. It is fine to personalize your titan in battle, but titans only last a few minutes before blowing up. It would feel nicer to protect me with a different arsenal than a different paint job.

Then again, the overall frantic style the campaign was known for is present in these games and, as you progress, the difficulty level spikes as more and more players attune to your current level of play to offer a far superior experience. It’s just a shame that what was once a game focused on multiplayer now seems to be lacking in its environment and gameplay elements that were present before.

I have to admit that the trigger-happy players may be able to be one step ahead of their competition, as I found my reaction times lacking as games went on, aiding the enemy team to an easy victory in the process.

As is the norm on GAMURS, we have to weigh up its chances in an esport scene. I feel Titanfall 2 is a game that would benefit and rival games like Halo and Call of Duty if it were to make the jump.

Future DLC (which is all free by the way) can offer a lot of new elements for the game and the competitive scene as a whole. If it can also bring in new customization options for titans to have more different styles on the battlefield, I am all for it.

In short, the scene is there to exist, it just needs to find its footing and develop at its own pace, but it faces losing momentum and hype with more games on the horizon that could grab the headlines if it wants to make the push to the esports scene.

Titanfall 2 is a surprising game that I did not see doing well. With the euphoria of games being released this month, I was worried it would swamp under the likes of Battlefield 1 and Call of Duty: Infinite Warfare. However, it’s good to see the game holds its own and it offers a completely experience than the original.

With that in mind, Titanfall 2 gets a score of 85/100. This game is a solid game and experience that should not be missed this holiday season.

Is Titanfall 2 living up to your expectations? Will there be an esports scene? Let us hear your thoughts in the comments below or tweet us @GAMURScom.

If you like the review and would like to see more, please let us know about it.

Images and game owned by EA/Respawn