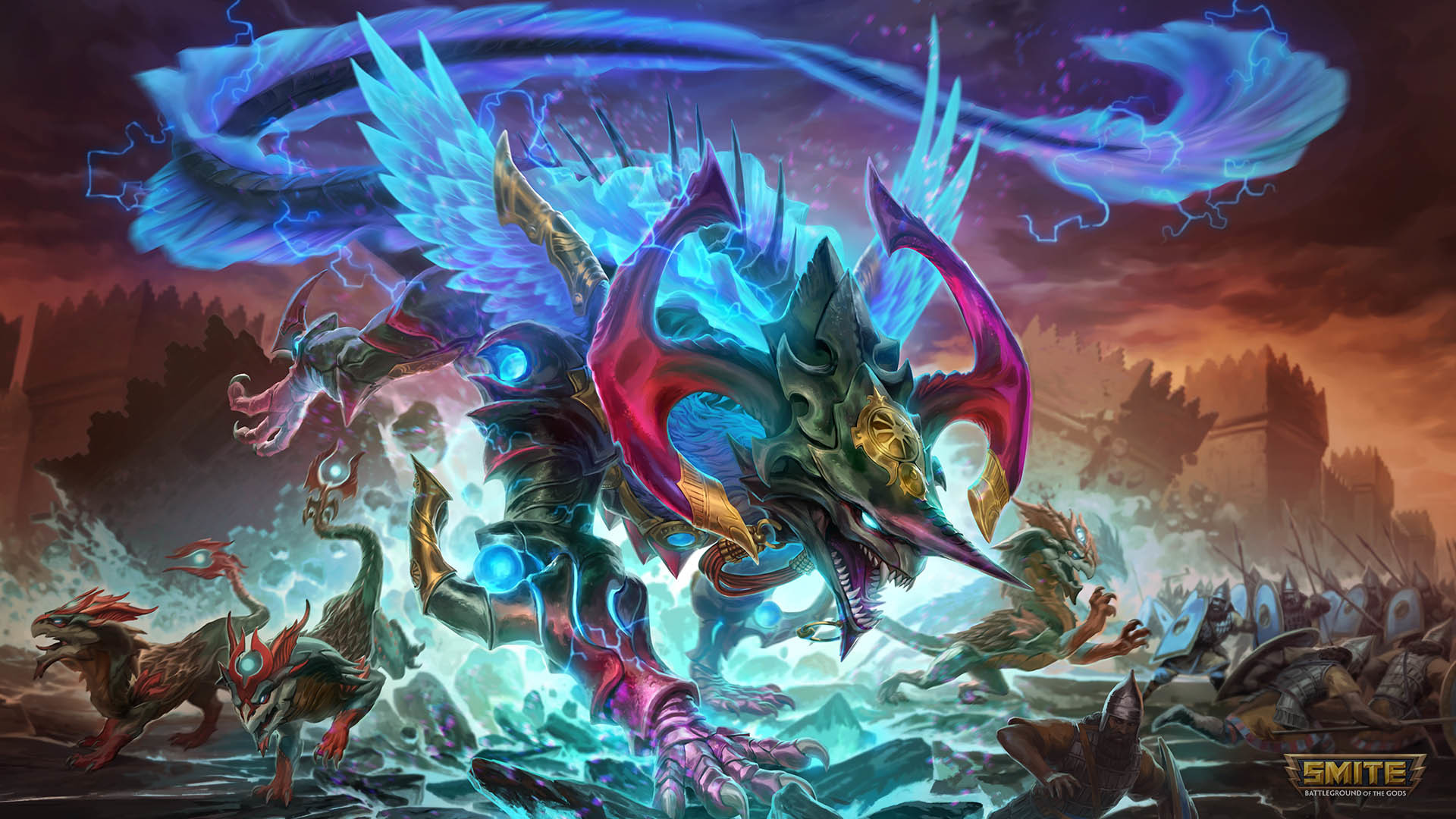 Shudder in awe, Smite fans—the Goddess of the Salt Sea has arrived.

The new Babylonian Mage Tiamat has arrived in the Battleground of the Gods, Smite.

In Babylonian mythology, Tiamat is referred to as the Mother of Creation. Prior to the existence of the sky above or the ground below, Tiamat slumbered in nothingness. Eventually, the Mother Goddess met Apsu and the pair brought about reality as we know it. Though Tiamat and Apsu’s kinship didn’t last long, it lasted long enough to bring life and entropy.

In Smite, Tiamat appears as majestic and intimidating as you’d expect given her reputation. Tiamat is a Mage and will likely be most comfortable in the mid lane. Similar to champions like Merlin and Achilles, Tiamat’s moves change depending on which stance she’s in. That means it’s going to be difficult for people to learn to play Tiamat and to learn to play against her.

If you’re someone who frequents the mid lane, then practicing Tiamat to gain familiarity with her should be on your to-do list. If you don’t have the Ultimate God Pack, you’ll be able to snag Tiamat for 11,000 favor or 200 gems.

Alongside Tiamat, the Dawn of Babylon event introduces two new skins to Smite: Arachnoid Arachne and Wildstyle Mulan. The skins come in a bundle that also includes a Pedestal and Jump stamp. The bundle will usually be 1,200 gems, but you can snag it now for 900.