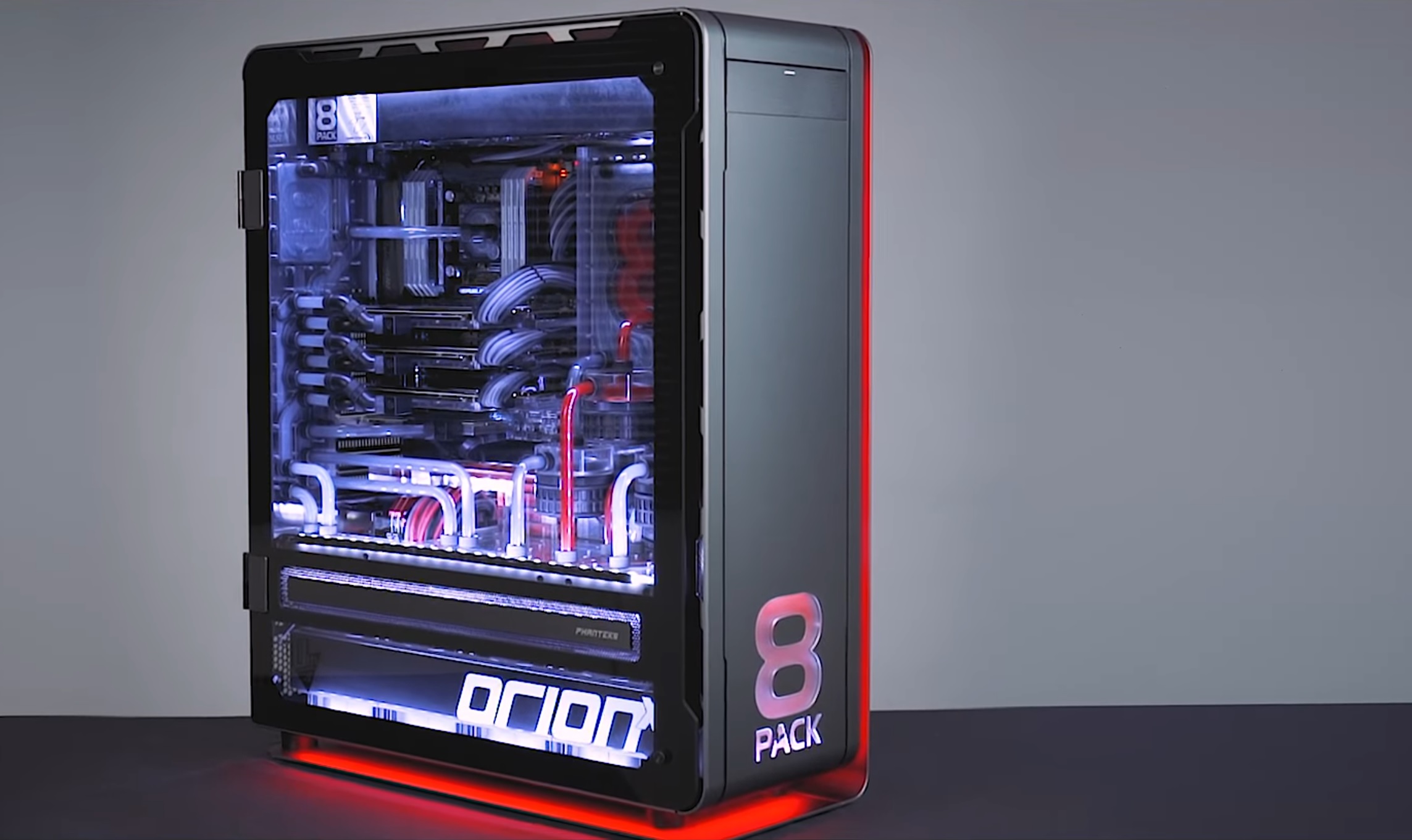 Looking for a PC that costs as much as a down payment on a house? Look no further: U.K.–based PC retailer Overclockers UK is now selling a $30,000 gaming PC called the OrionX.

If you’re keeping count, that’s 24TB of storage in total.

Watercooling in the OrionX is unparalleled. It’s fully customized with three separate watercooling loops. It all fits inside the Phanteks Enthoo Elite “8PACK Edition” chasis. Simply put, this PC is a beast. And you can actually buy it now.

So if you’re willing to empty your bank account—and then maybe more—on a PC that’ll let you play games while rendering video, this is for you.