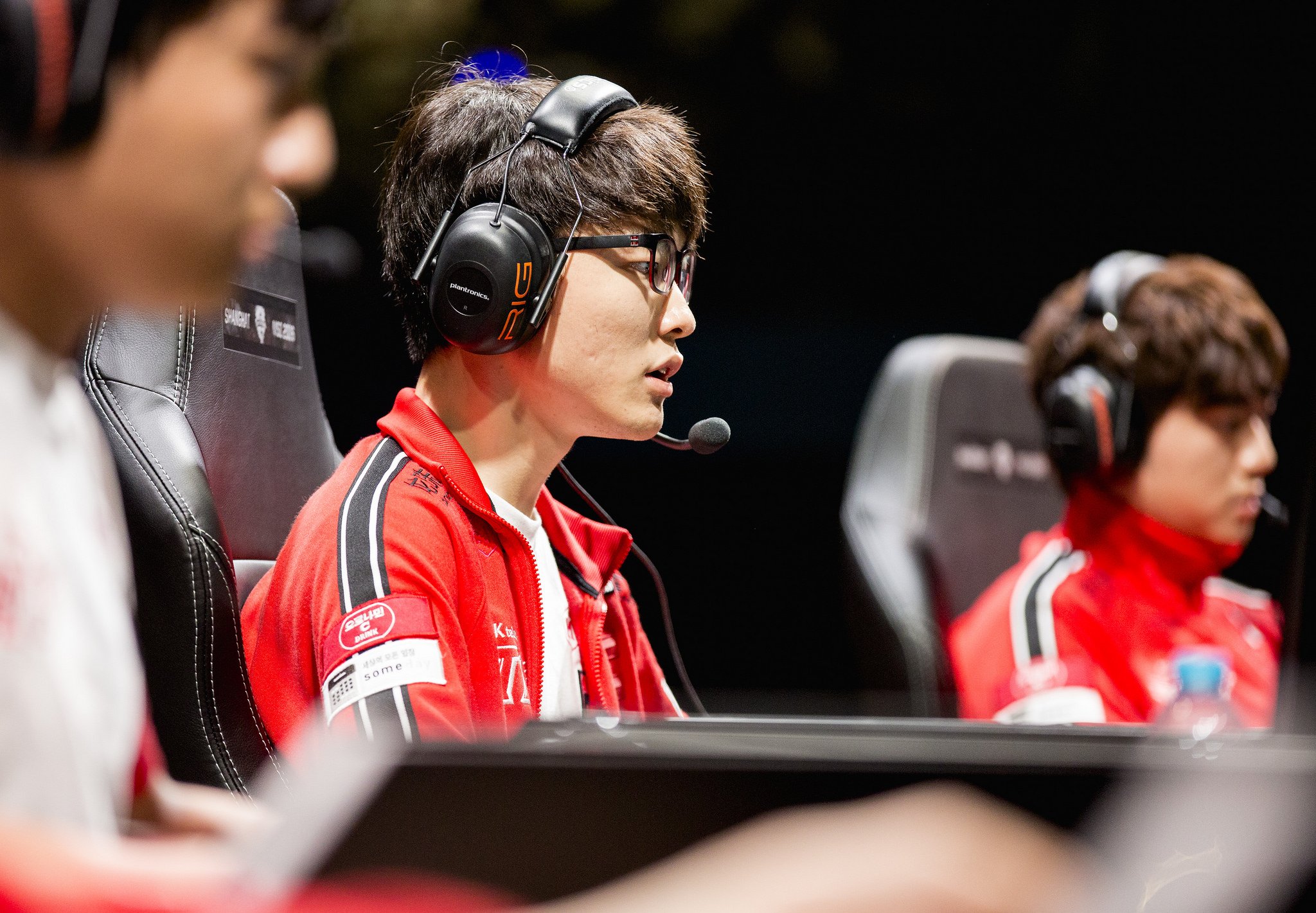 “Again, the kingdom of heaven is like a merchant looking for fine pearls. When he found one of great value, he went away and sold everything he had and bought it.”
-Matthew 13:45-46

It doesn’t matter if I love the player or despise him. It is irrelevant whether I wanted one team to win or another. It doesn’t even matter what happens in the rest of this game. For a moment, I am transported outside the everyday mileau of the game and the competitive scene and taken into a realm of ecstasy. An excitory state in which time appears to slow, so that the impact and implications of what just happened echo out across seemingly all time and space, at least within my nervous system.

I can’t know what the Saints claim to have felt when hearing the voice of god or the abductee’s mental state was upon being beamed up, but I remember these moments and the detonation of emotion and mental imagery they caused within me. After Faker out-played Ryu on Zed in that infamous sequence, I could only replay the actions again and again, attempting to discern how he could have known what to do and what was possible. Was there some degree of calculation at work, conscious or unconscious? Did he intuitively listen to the language of the game and reply accordingly?

shox is probing in a clutch round scenario and his opponents are seemingly drawn to his crosshair, like moths to a flame. Against another they might play more conservatively or boldy, depending on their position, and yet something about the aura shox gives off at his peak form bewilders and rattles these players, some of whom are the best in the world, making them appear to the observer’s eyes as if they were rank amateurs. They make the wrong moves and he makes the right ones.

In a moment which will not necessarily have stuck with many, I had a mystical experience on the basis of Cooller dancing around rockets. It was the IEM IV Global Finals semi-final and his opponent (av3k) had him by all rights dead, but the Russian maestro intuitively read his opponent to avoid damage and secure a crucial kill. To use the most inarticulate and vague terminology I saw god in this instant. Not some supernatural force governing or responsible for the material universe, but some divine and yet seemingly impossible perfection in something as simple as a competitive video game battle.

These moments are why we watch, at least some of us. We watch to see magic, called by any other name and yet never as effectively. We crave the perfection of a great play interacting with the wrong decision by an opponent which makes one predator and the other prey, even if those roles might switch five minutes from now. These moments transcend race, culture, language and nationality. That’s why my suspicion is always raised by those who divide the game into those categories, in the context of esports. It suggests they’re here for some other reason, some more sordid or mundane motivation.

Perhaps the story of the drama surrounding a player entices them. Maybe they are drawn in by the hype of big names. Could they be here to support “local heroes”, as if such could exist? Rarely are said heroes from their locality in any reasonable sense. Often simply being from the same country is enough, as if everyone from a large country shared much in common beyond their passport. Such localities can be dispensed of seemingly only when the stakes are raised, so that suddenly it’s no longer about country but eventually continent. If that does not suffice, then the divide is made over Western or Eastern. It’s a shame they can’t go one step further and simply enjoy the best players from any country, continent or hemisphere.

These moments are not about who you are or what you were, they’re about what you can do right now. Great players performing under pressure due to the purity of their intent. That’s why we feel an underlying disgust with those high level competitors who fail again and again in these instances. It is so often the case that said player chokes and fails because he doubts himself, questioning and second-guessing himself in the crucial moment and thus failing to listen to the inner voice which directs him to the right path, call it intuition to avoid the mystical explanation. If they cannot believe in themselves then no wonder we cannot.

Yet there is something mystical about the moment we watch for. It is a spiritual quest rather than a physical one. That is why we embrace them so deeply and feel a resonance with the fantastical nature of such incredulous instances of play. The virtual nature of these games affords them an advantage over the physical sports because the limit of one’s imagination plays a larger role than in the everyday world of the physical, where certain mechanical limitations hold back many more from greatness.

That’s why it has always been a mistake for developers to reach for the realistic in their quest to create game environments for us to experience. The gimmick of realism holds back a game from allowing a player to express his inner voice more purely. This is why we seek out those games in which we can be freed of the restraints of the physical world we inhabit. Virtual worlds in which impossible things are made possible, purely by the unfettered imaginatory powers of the player.

A play can change the world, as dramatic as it sounds. Not literally, as in the play changes something about every aspect of the physical outside world, but rather the internal world which is behind everything in the outer world. The realm from which everything manifest externally by men pours forth from. Such a world is changed simply when the process of a moment causes the realisation in all those beholding it that something more is possible. Such realisation instantly changes everyone bearing witness. This is why we watch. For these moments.