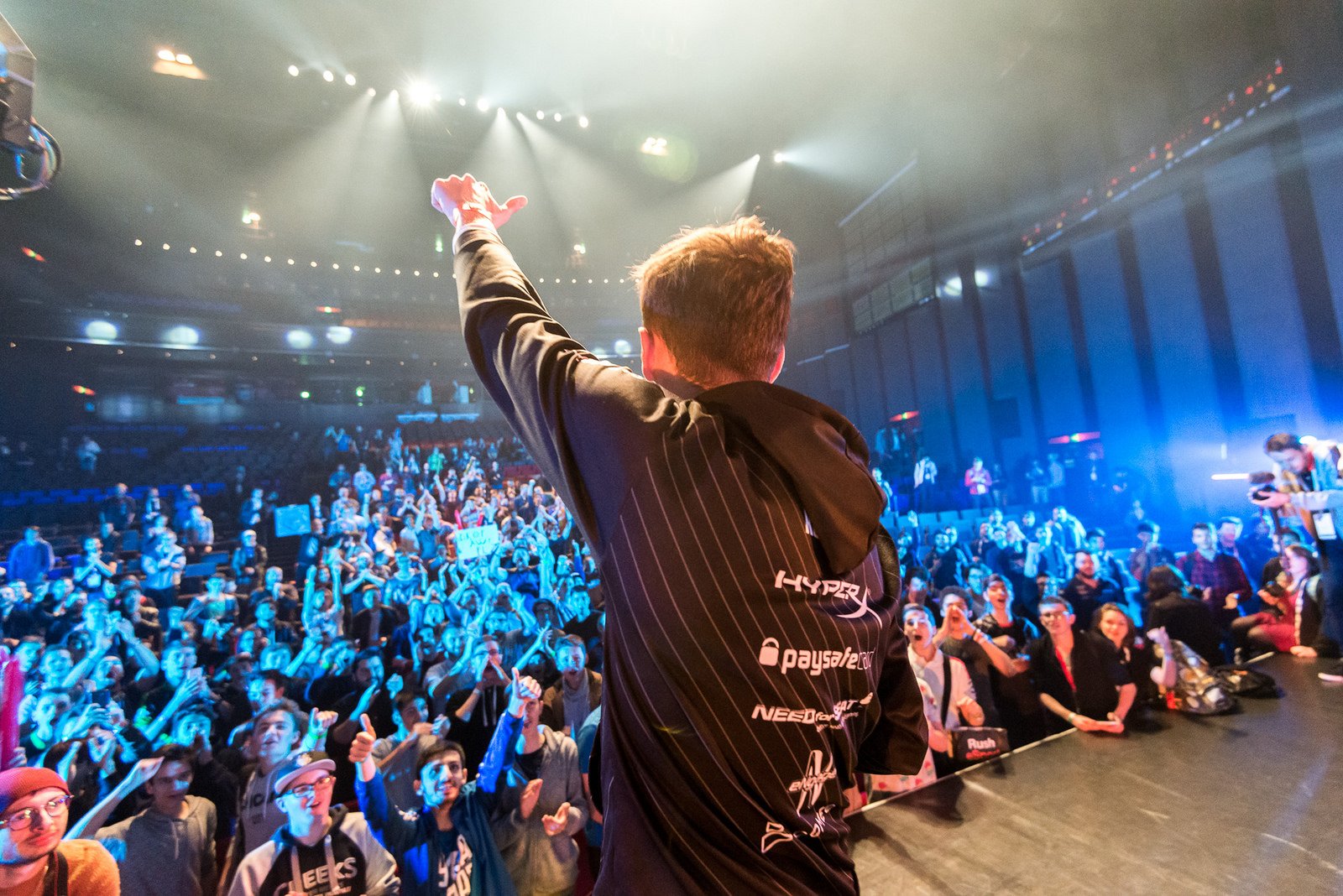 Unlike most mainstream sports that are neatly broken down into yearly seasons, Counter-Strike: Global Offensive’s open circuit is more or less continuous. The best team at the end of the calendar year is usually still the best when the new year commences. There isn’t a 2016-2017 season or a Super Bowl LII. So how do we reference periods or points in time? Sure, we could simply say that from such and such a date a certain player was at his peak or a certain team was in a slump. But if American Football is a game of inches, then CS:GO is a game of milliseconds. Let’s not waste any.

Instead, using specific date devoid of set reference point, there is short, simple macro that we have all learned to use: the idea of “Eras.”

When Ninjas in Pajamas was dominating in the early days of the professional scene that was the NiP Era. When Fantic did the same for a little over a year from late 2014 onwards that was the “Fnatic Era.” Luminosity/SK too had their own abbreviated Era in mid-2016, but for almost a year now, no team has reached a dominance threshold high enough to earn an era title. So what do we do? What do we call this period of time?

Distilling this past year (from the 2016 August player break onwards) into a singular, monolithic entity would be a mistake. While this entire period shares a central characteristic, that there is no dominant team, there are two very distinct eras of play within the greater time span. I’ve called the previous period “The Uncertainty Era” while Duncan “Thorin” Shields has aptly named the current age “The Parity Era.”

The Uncertainty Era started in September following the conclusion of the August player break and the restart of frequent high-level tournament competitions. Just over the course of September, five different notable tournaments took place, including premier-level LANs such as Starladder i-league Star Series Season 2 and ESL One New York.

All five tournaments had different winners. Immortals won Northern Arena Toronto with their controversial win over Cloud9 in the finals. NiP surprisingly took Starladder with a stand-in, Mikail “Maikelele” Bill. Cloud9 lost another final at DreamHack Bucharest to Virtus.pro. EnVyUs won the Gfinity four-team invitational, and Na’Vi grabbed the final tournament of September at ESL One New York. While you would expect there to be different winner at some of these events that are smaller or more regionalized, we also saw a similar but even larger pattern play out over 10 successive premier-level $250,000+ tournaments: every winner had a different five-man roster.

And this all of variety doesn’t simply come from an overall stiffness of competition. For example, Virtus.pro were eliminated at Starladder thanks to losses to a decent team in EnVyUs and a completely unproven quantity in VG.CyberZen. Cloud9 likewise were eliminated from ELEAGUE by mousesports and a very new FaZe with Finn “karrigan” Andersen.

Additionally, many of these results were unprecedented. NiP were the first team to win in a CS:GO $250,000+ tournament with a stand-in. Cloud9 were the first North American team to win at the level of an EPL in a decade, and OpTic were lowest rated team (via HLTV) to win a premier-level event, ELEAGUE Season 2. There simply was no stable, stronger upper end of the scene, which allowed challengers and champions to climb or crumble at every other tournament date. Which is why the name “the Uncertainty Era” itself begs a question of clarity. Which team will emerge as the new dominant force in the world or when will a more predictable order establish itself?

Like Modernism’s rejection of Enlightenment thinking and its certainties, “The Parity Era” is the antithesis of the essence of the Uncertainty Era. If you were to break down the specific factors that lead to the instability and inconsistency at the top end of the scene at the end of last year, you would have have to mention the Valve coaching rule change, the increased adoption of Nuke, the break-up of Fnatic, the fall off of the previous era leader, and the oversaturation of the tournament circuit.

Since the ELEAGUE Major ended, a reversal of all these issues have left us with a stable, upper-end of the scene. Instead of the Valve coaching rule ruining in-game leaderless rosters, talent condensed this year towards teams with veteran IGLs. Philip “aizy” Aistrup joined Mathias “MSL” Lauridsen’s North, Nikola “NiKo” Kovač joined Karrigan’s FaZe, while the new French superteam, G2, formed with the dual leadership of Richard “shox” Papillon and Nathan “NBK-” Schmitt in mind. In the Uncertainty Era, the ever-unpopular Nuke saw more play, while this February we saw new stability created through the map pool itself. An upset map in Dust2 was removed to make room for a reworked version of the competitive staple Inferno. Continuing these reversals, Fnatic reformed their old roster, completely reversing their August 2016 breakup. Astralis has mostly kept up their form, unlike the old SK who dropped off noticeably following their extended absence. And premier-level tournaments have been noticeably less frequent with only five top-level tournaments occurring in the four and a half months since the conclusion of the major.

That said, this era has not been a pure success story. When the lineups were announced in the post-major shuffle, there was wide speculation that this would be the greatest Era of CS:GO yet. With eight supercharged title-contenders in Astralis, Virtus.pro, FaZe, SK, G2, North, Na’Vi, and Fnatic, Sam W. Delorme even suggested that in time the Era would be better recognized as “The Era of Excellence.”

The wildest of our wet dreams haven’t been fulfilled, however. Virtus.pro threatened to take the number one spot from Astralis when they defeated them at DreamHack Las Vegas, but they have most either missing or atrocious offline and online since then. Na’Vi has continued to be inconsistent and quite underwhelming per their talent level. North has had less success with the Aizy despite the ostensible upgrade in firepower. And Fnatic hasn’t really figured it out either.

Now, the remaining four teams left in this upper echelon has been more excellent and aligned with the idea of “Parity.” Astralis could still be called the best team in the world thanks to their consistency and long-line of accomplishments, but they have found their fiercely rivalry yet, meeting FaZe in three straight climatic clashes. FaZe has won two of those three matches with their Niko-infused roster, but they couldn’t complete their tournament victory in Sydney, losing to SK Gaming in the finals. SK have been more inconsistent since attempting to restart their Era with João “felps” Vasconcellos, but have looked especially strong recently thanks to the widening of their map pool. They too have lost to a team in form at the moment at the ESL Pro League Season 5 Finals, however. G2 defeated SK in the semifinals and won the event in addition to their recent more middling victory at DreamHack Tours.

The resulting quadrilateral, this freaky foursome is source of many of the main storylines going into the next major. Can Astralis tip the scales versus FaZe? Can G2 continue this small chain of victories? Will SK be able to match Astralis or will there be a new Major winner this go round? Can FaZe be a world beater? But most broadly, who can break this through this apparent parity that now forms the pinnacle of the professional scene?