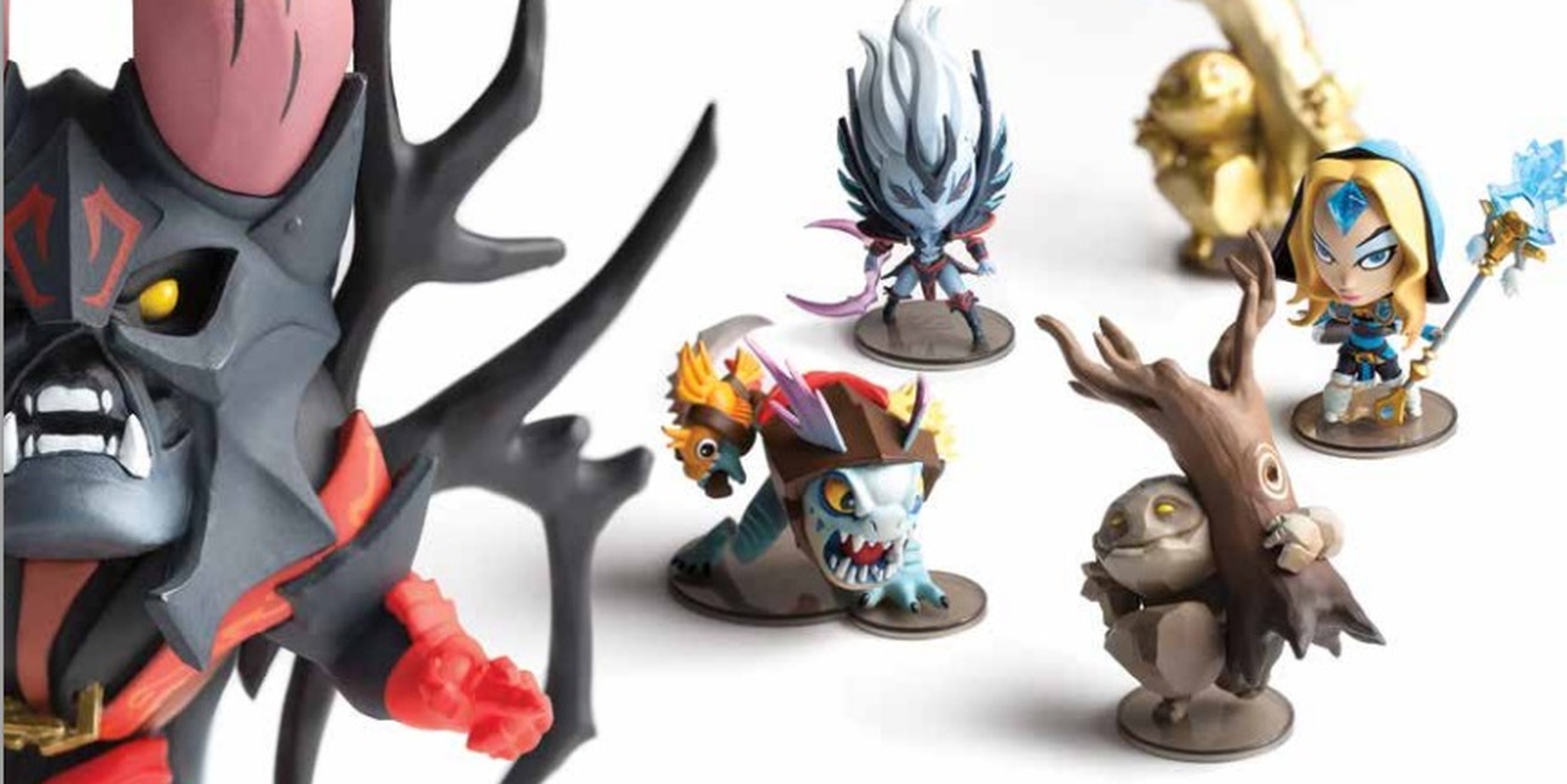 At The International 4, Valve’s $11 million dollar super tournament, the line at the Secret Shop wraps around the building. Fans are here to buy exclusive apparel and unique, event specific in game items.

The Secret Shop, named after the hidden in-game stores on the Dota 2 map, is Valve’s physical storefront for Dota swag. It’s also the busiest place at the event.

“We were here as soon as they opened the gates for the Secret Shop. We only had to wait three hours,” Brandon Larned told us.

Only is a peculiar word to use when describing a three hour wait. Larned wasn’t trying to be funny. He described what were at least five hour waits for those in line behind him.

Larned bought in game cosmetics for his favorite heroes, the playable characters in Dota 2.  He was happy with the haul he walked away with, including a Tiny demihero, a plastic figurine of a hero that includes a code for an in-game item. Most people in line where looking to do the same thing, but there was a minority that had something else in mind.

Among Dota fans eager to get their hands on plushies and virtual items, there are folks here to do business. There is a small culture of reselling here. Some people are buying items to immediately sell them to Dota enthusiasts who couldn’t attend the event. On eBay a Golden Slark miniature, a rare version of an item that you can purchase for $30, was put up for sale $300. That price, while high, isn’t a shot in the dark. That’s the market price online for these items.

Last year, a buyer spent $10,000 at Valve’s Secret Shop with the sole intention of turning a profit, according to a Polygon report. The entrepreneuring tradesmen walked away with $40,000 after he unloaded his inventory.

This year, he’s back with a bang, according to multiple attendees.

Valve, attempting to discourage blatant for profit purchases, has limited sales of some items to one per person. But the cunning businessman couldn’t be deterred—he simply added a staff to circumvent the limit. His crew of five, armed with lists of profitable items to buy, each spent $5,000 at the store.

It makes sense. Where there are opportunities to make money people will take advantage of those opportunities. But it’s impossible not to wonder whether the frenzy at the shop detracts from the sincerity of the the overall International experience.

For example, the Secret Shop has rewards for returning on each day of the tournament, as well a pack of Dota trading cards for every $50 spent. Does the shop really need to be gamified, when are there real games, with hundreds of thousands of dollars on the line, going on just inside the hall?

Even fans with innocent intentions missed multiple matches to score the swag they dearly desired, and that’s a shame considering the quality of games at the largest esports event in history.