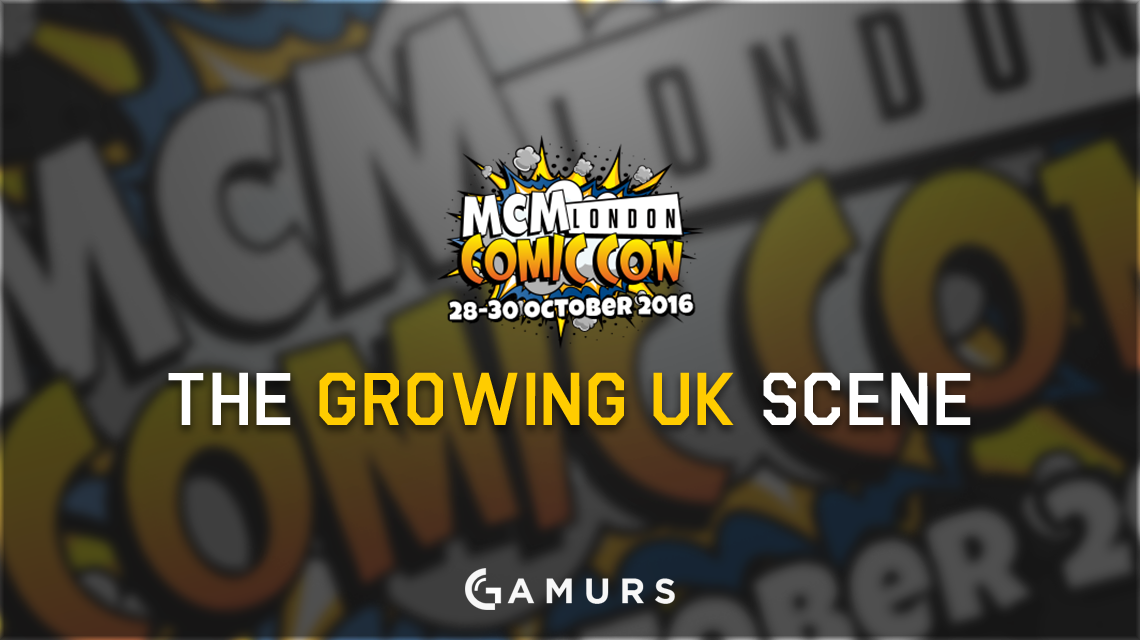 Note: This recap is not about the entirety of MCM London. This is more of a look at how MCM presented esports. All opinions are my own and do not represent GAMURS or any other part of our ecosystem. Please be advised to take my opinions with a grain of salt; you won’t agree with everything I say or think.

The UK PC esports scene in recent years has seen steady improvements. With more events centered around competitive play and companies, like ESL UK and Gfinity, being allowed to host huge events in the UK with a global audience in mind, the UK scene feels a lot brighter and the potential has been steadily improving day by day.

With events like MCM, EGX and Insomnia all trying to bring an esports focus to their events now and promote UK teams in general, as well as UK casters in both console and PC esports, it truly is delightful to see the overall change in perspective towards what was once a very negative outlook from the rest of the world towards the UK’s approach to esports.

Sites such as CBBC, which I a local UK channel dedicated for news towards kids and the youth even cover esports now as it becomes a globally acceptable platform. In the article showcased here, CBBC attempts to simplify what esports are for the masses, after all, their audience is children who may not understand the basic terminology we have grown accustomed too, but the fact is always the same, esports is gaining global appeal, not just in the UK alone

In short, the UK scene for esports as a sport is growing. Interest on the rise due to successful events like MCM promotion of esports as a part of its infrastructure and as the global ecosystem begins to change, the early adapters are bound to be the ones to prosper. With so many events being played, it’s my hope that the UK becomes a global stage as a whole and is something that can continue to grow.