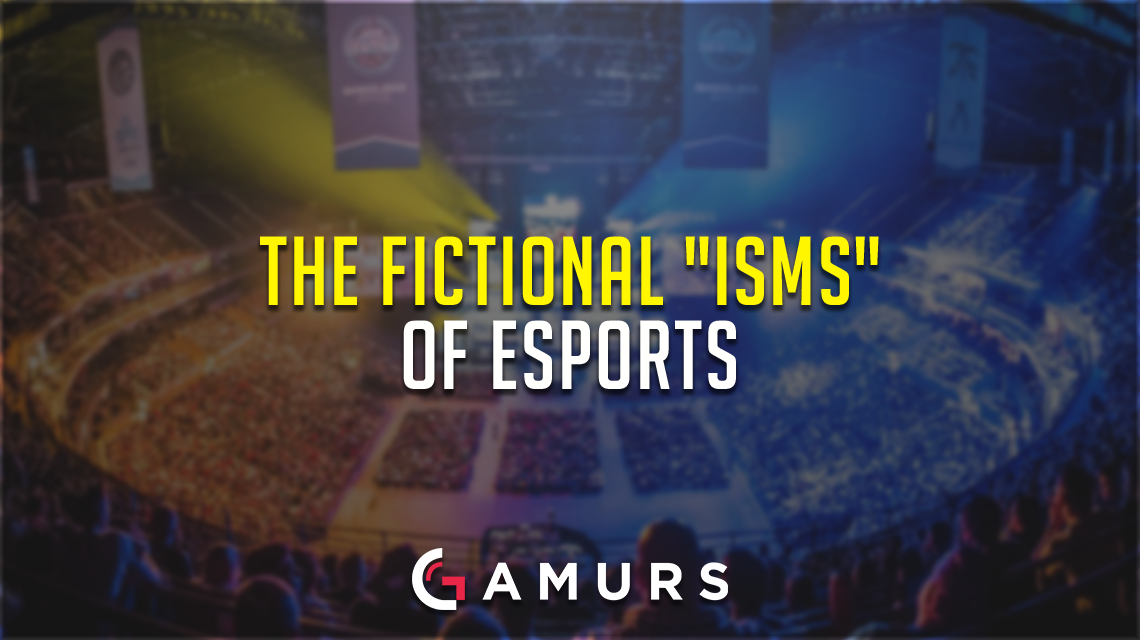 The words “sexism,” “racism” and other “isms” have been thrown around a lot recently in our esports world. Major companies like the BBC have once again tried to smear our name, twisting the words of our fellow female competitors to make esports players look like a bunch of sexist men who try to exclude our female counterparts.

They twisted my words in BBC and cut off sentences to make it sound like they wanted it to ????

But a question was raised and many have stepped forward to answer it: are esports sexist? The simple answer is no, of course not. Esports have no race, no gender, and no religion. The boundaries of age have been knocked down, with pro players like Wiktor “TaZ” Wojtas still playing at the highest levels and winning huge amounts of money and prestige. The only boundaries are the skill needed to be the best and the drive to make it happen.

Notice the yet? I fully believe that one day, someone will step forward and be that shining example that it can happen. As cited by Duncan “Thorin” Shields in his video, it has already happened to a certain extent in Starcraft 2 with Sasha “Scarlett” Hostyn, the highest earning female esports player. In a game that has multiple levels of complexity, it’s only a matter of time before a talented group of women, whether they are a part of a mixed team or an all-female team, step up to the plate and solidify their place in history.

There have been numerous examples of women in esports, who stand as role models across multiple titles. As mentioned in the BBC reports, Team Secret is one such example. The team won ESWC 2016 Women, the StarLadder Female Stars Championship and the Copenhagen Games 2016 Female Tournament. Counter Logic Gaming Red recently won the AnyKey Invitational 2016 and donated $10,000 to charity. In the Call of Duty World League, an Australian team called Pure N3gs qualified with the first ever female player, Kayla “Squizzy” Squires. According to E-sport Earnings, Katherine “Mystik” Gunn is the second-most successful female esports player, winning three tournaments in Halo Reach and Dead or Alive 4 with total winnings of $122,000.

Esports allow female professional teams to qualify for all events, from DreamHack Opens to Major Qualifiers. There are even female-only leagues, which allow them to test their skills against other female competitors. When I competed in Call of Duty, I was knocked out of a GameBattles tournament for £500 by an all-female team. They have as many opportunities to compete in these events as male competitors do.

Someone with little knowledge on the subject of esports often tries to draw parallels with traditional sports, like football, rugby, American football, etc. However, I am going to reverse engineer this common mistake for my own comparison, to show you just how dumb it can sound. For example, where in football, rugby or American football do you see women competing alongside the best male competitors? It doesn’t happen, because they have their own separate leagues and matches. Of course, there are the physical differences between them, but not even in golf do we see women in the Ryder Cup.

Of course, I am using a healthy dose of hyperbole and taking things pretty out of context and only quote generalized facts, but the fact remains that esports have provided players with equal opportunities for success, regardless of gender.

Another topic that is sometimes brought up is race. Why aren’t there many African Americans competing at the highest levels of CS:GO and LoL? Why isn’t there anyone who is race X playing game Y? My honest answer is I don’t know. I know in the fighting community, the range of races is more dynamic than in other esports, but that doesn’t mean there is segregation. We haven’t consciously forced caucasian males to player first person shooters and MOBAs, it just happened. Every once in awhile, you have to remember that at the base of all esports is a video game, and everyone is different. I love CS:GO and FPS games in general, whereas some of my friends prefer League or perhaps Halo.

I personally find that even talking about these topics is stupid. I get so annoyed when people start trying to bring gender and race into esports because I don’t see any problem here. I want to see women succeed as much as the next person. It would make history to have them in the top tiers of esports, and many amazing storylines could come from it. I have no problem with a Hispanic person winning a tournament; I’d never even bring up the fact that they are Hispanic because that fact wouldn’t matter. These poor representations of esports made by the BBC confuse me and I always think back to a quote made by OpTic Gaming‘s CEO, Hector Rodriguez.

“Hate on success and success will hate on you.”

So, in short, let’s unite and keep the “isms” as far away from esports as possible.

What are your thoughts on the “isms” in esports? Are they a real problem? Let us know your thoughts in the comments below or tweet us @GAMURScom.